In a landmark moment for the development of so-called negative emissions technologies, the world’s largest direct air capture facility designed to remove CO2 from the atmosphere has begun operation in Iceland.

According to its developer it will capture upto 4000 tons of CO₂ every year, which will then be trapped in stone using a natural mineralisation process developed by project partner Carbfix.

Constructed in under 15 months, the Orca plant is based on a modular system formed of stackable container-size collector units making it relatively easy to build similar systems at other sites and to scale it up. Orca consists of eight such collector containers, with an annual capture capacity of 500 tons each. In a statement, Climeworks said it is targeting megaton removal capacity by the end of the decade.

Commenting on the opening of the facility Climeworks co-CEO and co-founder Jan Wurzbacher said: “Orca, as a milestone in the direct air capture industry, has provided a scalable, flexible and replicable blueprint for Climeworks’ future expansion. With this success, we are prepared to rapidly ramp up our capacity in the next years. Achieving global net-zero emissions is still a long way to go, but with Orca, we believe that Climeworks has taken one significant step closer to achieving that goal.’’

The post World’s biggest CO2 removal plant switched on in Iceland appeared first on The Engineer. 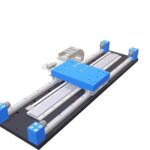 UK gets new test facility for agricultural and off-highway vehicles