The Democratization of Chip Design

The well-structured practices of semiconductor design and manufacturing have been flipped on their sides and may never be the same again. The quickly changing dynamics and success of the open-source silicon movement are expanding the small community of specialized designers to an era of creative enablement where anyone anywhere with innate skills can get their chip designs into silicon.

In the process, chip design will be democratized.

The value proposition of open source is compelling, much as Linux was to IT in the 1990s. It meets an industry goal to find a way to multiply the number of designers to offset the shortage of experienced engineers and offers something for everyone. Notably, software and hardware developers create proof of concepts and purpose-built silicon for applications such as IoT and machine learning.

Industry watchers, including editors and contributors to EE Times who wrote articles for The Rise of Open Hardware, consider RISC-V and its open instruction set architecture (ISA) for CPU designs to be the driver. It is only one piece of the story, albeit an important one, and certainly not the whole story of the growing open-source movement. Equally, design tools and an open-source platform are only a small but key piece of the story.

Various levels of community engagement are driving the movement and harnessing new forms of creativity. Much of the credit goes to companies like Google who reimagined how chips could be designed. CHIPS Alliance, RISC-V International, and many thought leaders and key influencers from throughout the industry write and present a rather unified vision for open-source designs, promoting and building what’s become a powerful movement through word-of-mouth and grassroots efforts.

In this regard, one example is instructive. More than 60 percent of projects on the first run of a Google-sponsored shuttle program managed by Efabless with Skywater’s 130nm open-source PDK are from first-time chip designers. One-third of respondents self-identified as hardware/software developers or FPGA designers. Engineers around the globe are participating in the movement with their own open-source designs.

An open development model will push the boundaries and attract innovative designers creating new technologies, something the semiconductor industry is now starting to deeply understand. The significant expansion of the community of designers can change the dynamics and reevaluate the design and manufacturing methodology. The new approach is building on the existing one, just with a slant toward free and freely available design tools. It looks like a layer cake with each layer comprised of open-source or proprietary tools with designers choosing what they need based on their specific requirements. It starts at the bottom with manufacturing and a PDX. It moves to electronic design automation (EDA) tools and silicon IP. The top is high-level, architectural design.

With free tools and the platform to support them, a large community of designers will optimize designs by the millions. At first, many will be small designs on mature nodes and not all will be successful. Some designs will become successful and, in some cases, embrace proprietary methodologies to optimize power, performance, and cost. The result will be exponential growth for the entire semiconductor industry. The open-source movement is analogous to the switch from custom ICs to semi-custom ICs. Semi-custom ICs didn’t sabotage the custom IC space. On the contrary, they significantly enlarged the range of products and designer expertise and eventually increased the custom IC space.

The Linux operating system today ships with most desktops, laptops, and servers. Savvy companies like Red Hat built proprietary, open-source software products on top of Linux. Democratizing chip design could do something similar for the semiconductor industry. Change is underway from long-standing methodologies and industry dynamics, setting expectations about a new knowledge pool that will drive exponential semiconductor industry growth.

About Mike Wishart
Mike Wishart has a storied career in investment banking and technology, including Smith Barney, Lehman Brothers, and Goldman Sachs. He holds an MBA from Stanford and served as a director at Brooktree, Spansion, Cypress, and now Knowles. Wishart is a venture partner at Tyche Partners. In 2014, he co-founded Efabless.

The post The Democratization of Chip Design appeared first on EETimes. 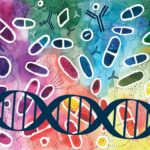 mRNA Vaccines for the Win; But mRNA Therapies…?