Green hydrogen produced on an industrial scale with offshore wind is the subject of a study being carried out by the Offshore Wind Power Limited (OWPL) consortium.

The consortium – made up of Macquarie’s Green Investment Group, TotalEnergies and Scottish developer Renewable Infrastructure Development Group (RIDG) – will carry out the study on the island of Flotta in Orkney, Scotland.

Mike Hay, RIDG commercial director, said: “The production of green hydrogen is a hugely exciting opportunity for both offshore wind and the Scottish supply chain. Projects with substantial capacity factors, such as the West of Orkney Windfarm, could deliver highly competitive power to facilities like the Flotta Hydrogen Hub which could, in turn, supply demand for hydrogen both nationally and internationally.

“We’ve therefore committed to working exclusively with our partners to investigate this opportunity thoroughly and have already completed cable routing assessments and nearshore geophysical surveys to better understand the practical aspects of project delivery.”

In a statement, OWPL said it has submitted a proposal to the Crown Estate Scotland’s offshore wind leasing round (ScotWind) to develop the so-called N1 plan option area west of Orkney. If successful, its proposal – the West of Orkney Windfarm – could deliver renewable power to a green hydrogen production facility at the Flotta Terminal, which has been in operation since 1976.

“This project would enable the [Flotta] terminal to be progressively transformed over time into a diversified energy hub where conventional oil and gas operations continue, co-existing alongside the development of a sustainable long-term green future for the facility,” said José Luis Muñoz, CEO of Repsol Sinopec. “The repurposing of Flotta will require local stakeholders support, retaining and upskilling the current workforce as well as the creation of long-term skilled jobs during both construction and hydrogen operations.”

Plans to power the proposed Flotta Hydrogen Hub are being developed by OWPL in partnership with Flotta Terminal’s owner Repsol Sinopec and Uniper. The proposal is also supported locally by EMEC Hydrogen.

“We generated the world’s first tidal-powered green hydrogen in 2017 at EMEC’s tidal test site and have led various green hydrogen projects exploring generation, logistics and end use,” said Neil Kermode, managing director of EMEC. “For this project to go ahead, a number of vital elements will have to fall into place, including a market for green hydrogen. We are pleased to be collaborating with our offshore wind partners in pursuit of this goal and we are already in discussion with the Scottish and UK governments to explore the mechanisms required to make this vision happen.” 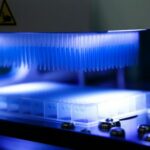 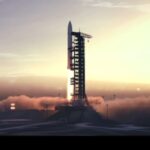