Surrey Satellite Technology Ltd (SSTL) has signed up ESA as the anchor customer for its Lunar Pathfinder satellite, which will relay communications from the Moon.

Due to launch in 2024, Lunar Pathfinder will be the first dedicated lunar communications relay spacecraft, acting as a conduit between robotic and crewed missions on the Moon’s surface and mission control back on Earth. Alongside communications for future ESA missions, SSTL could also potentially provide commercial services for the multitude of lunar missions planned over the coming years, including crewed landings from China, Japan, the USA and Russia.

SSTL and Astroscale team up to tackle space debris

“Exploration is about discovery and returning knowledge to Earth, so in the new era of lunar exploration we require a robust and fast communications service,” said ESA’s director of Human and Robotic Exploration, David Parker.

“SSTL’s Lunar Pathfinder service will be available to all, enabling lower cost lunar science, technology demonstration and commercial exploration. As a leader in lunar exploration, ESA plans to use its services extensively.”

Exploring the far side of the Moon, particularly the South Pole Aitkin Basin, is a key area for future robotic and human exploration due to its chemical and mineral composition. The stable elliptical orbit of Lunar Pathfinder will enable long duration visibility of the Southern Lunar Hemisphere each day, maximising opportunities for data relay between Earth and the lunar surface.

The spacecraft will operate two simultaneous channels of communication with lunar assets, one in S-band and one in UHF, while communications back to Earth ground stations will be sent in X-band. In addition to its core communications role, Lunar Pathfinder will also host a number of science and navigation experiments including an ESA GNSS receiver capable of detecting weak signals coming from Galileo and GPS satellites orbiting Earth, a NASA retro-reflector to demonstrate laser ranging capabilities and an ESA radiation monitor to study orbital radiation conditions.

“We are delighted to sign up ESA as our anchor customer for communication services from our Lunar Pathfinder mission,” said Phil Brownnett, managing director of SSTL.

“We have been collaborating with ESA since 2018 to scope our Lunar Pathfinder mission for the commercial market, and we look forward to realising our ambition to provide cost effective services and navigation data for lunar assets.”

The post SSTL lands ESA for Lunar Pathfinder appeared first on The Engineer. 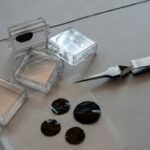