Researchers in Australia have developed smart wound dressings with built-in nanosensors that glow when a wound is not healing properly.

Developed by scientists and engineers at RMIT University in Melbourne, the smart dressings harness the antibacterial and antifungal properties of magnesium hydroxide.

They are cheaper to produce than silver-based dressings but equally as effective in fighting bacteria and fungi, with their antimicrobial properties lasting up to a week.

“Currently the only way to check the progress of wounds is by removing bandage dressings, which is both painful and risky, giving pathogens the chance to attack,” said Truong, a Vice-Chancellor’s Postdoctoral Fellow at RMIT.

“The smart dressings we’ve developed not only fight bacteria and reduce inflammation to help promote healing, they also have glowing sensors to track and monitor for infection.

“Being able to easily see if something is going wrong would reduce the need for frequent dressing changes and help to keep wounds better protected.

“With further research, we hope our multifunctional dressings could become part of a new generation of low-cost, magnesium-based technologies for advanced wound care.”

Magnesium is known to be antimicrobial, anti-inflammatory and highly biocompatible, but little practical research has been carried out on how it could be used on surfaces like dressings and bandages.

The new study published in ACS Applied Materials and Interfaces is said to be the first to develop fluorescent magnesium hydroxide nanosheets that could contour to the curves of bandage fibres.

The magnesium hydroxide nanosheets are embedded onto nanofibers and respond to changes in pH. According to RMIT, this makes them ideal for use as sensors to track healing because healthy skin is slightly acidic and infected wounds are moderately alkaline.

Under UV light, the nanosheets glow brightly in alkaline environments and fade in acidic conditions, indicating the different pH levels that mark the stages of wound healing.

The team added that the nanosheets are easily integrated onto any biocompatible nanofibre, so they can then be deposited onto standard cotton bandages.

Truong said the process to make the fluorescent nanosheets was simple to scale for potential mass production.

“Normally, antimicrobial wound dressings start to lose their performance after a few days but our studies show these new dressings could last up to seven days,” he said in a statement. “And because magnesium is so abundant compared to silver, our advanced dressings could be up to 20 times cheaper.” 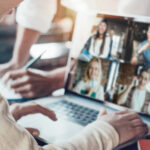 This week’s poll: remote working or back on site? 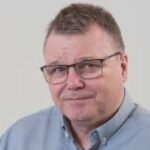 Comment: Why battery power is the future for HGVs