Siemens UK is searching for 26 school leavers, university students and graduates to fill a range of positions across its Digital Industries division.

Five university students completing their E3 scholarships will secure places on Siemens DI’s graduate programme. In addition, over the next three months Siemens will be recruiting nine young people for its advanced and higher apprenticeships, two for its International Technical Talent apprenticeships, another grad scheme position, six interns, and three E3 scholarships. Successful candidates will work either from Siemens’ UK headquarters in Manchester or its digital factory in Congleton, Cheshire.

Sheffield Uni engineers having a blast

“Offering school leavers, university students and graduates a fulfilling career pathway is key to solving the skills gap in the technology, manufacturing and engineering industries.

“We’ve brought a very diverse group of apprentices and graduates into our business. And guess what, when you throw tough stuff at them, they all step up, and they’re brilliant. By opening up our doors to 26 more young people we are committing to recruit, train and retain the next generation of innovators, and create high-value jobs in the North West.”

A recent report by Make UK, the manufacturing industry body, found less than half of the UK’s manufacturers (44 per cent) have plans to hire an apprentice in the next year, down from 74 per cent this time last year. According to Siemens, more than 100 early careers candidates have joined the ranks of its DI division since it was established in 2010, with interns, apprentices and grads making up around 10 per cent of its 1,000-strong workforce.

“I have been given so many opportunities to develop skills in a wide range of disciplines and absorb knowledge,” said Elliot Bloor, 21, a third-year degree apprentice who is working towards a BEng (Hons) degree in Control and Automation.

“I have been given solid grounding in business improvement, capacity planning, lean and industrial engineering, as well as access to cutting edge digital tools like Plant Simulation, Siemens’ discrete event simulation software, and access to technologies such as the Virtual Reality Cave.

More information on the opportunities available can be found at www.siemens.co.uk/careers.

The post Siemens casts net for early-years talent appeared first on The Engineer. 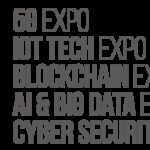