Engineers from Germany and the US have developed a new method to create shape-shifting ceramics that could be used in medical devices and electronics and even to generate energy.

The method was inspired by the solid-to-solid phase transformation exhibited by some shape memory alloys. In order to encourage similar behaviour in ceramics, the researchers finely tuned the distances between atoms by compositional changes, aiming to make the two phases fit together well.

Although some experimental attempts ended in samples exploding or collapsing into powder, the team ultimately achieved a reversible transformation, easily moving back and forth between the phases, much like a shape memory material.

According to the researchers, the conditions under which this reversible transformation occurred can be applied widely, providing a pathway towards the creation of shape-memory ceramics. The work is described in the journal Nature.

“We were quite amazed by our results. Shape-memory ceramics would be a completely new kind of functional material,” said Richard James, a co-author of the study and a Professor at the University of Minnesota’s Department of Aerospace Engineering Mechanics.

“There is a great need for shape memory actuators that can function in high temperature or in corrosive environments. But what excites us most is the prospect of new ferroelectric ceramics. In these materials, the phase transformation can be used to generate electricity from small temperature differences.”

The team at Germany’s Kiel University was responsible for the experimental part of the study as well as the chemical and structural investigation at the nanoscale.

“For the explanation of our experimental discovery that, contrary to expectation, the ceramics are extremely incompatible and explode or decay, the collaboration with Richard James’ group at the University of Minnesota was very valuable,” said Eckhard Quandt, co-author of the study and a Professor in the Institute for Materials Science at Kiel University.

“The theory developed on this basis not only describes the behaviour, but also shows the way to get to the desired compatible shape memory ceramics.”

According to James, the collaboration between the two institutions has been core to the project’s success, with different ideas and approaches eventually helping the team push the boundaries of what is possible with ceramic materials.

“Our collaboration with Eckhard Quandt’s group at Kiel University has been tremendously productive,” he added. “As in all such collaborations, there is sufficient overlap that we communicate well, but each group brings plenty of ideas and techniques that expand our collective ability to discover.” 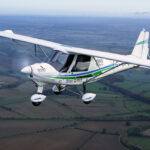