Researchers at Cambridge University have developed self-healing, biodegradable, 3D-printed materials that could be used to create realistic artificial hands and other soft robotics applications.

Described as low-cost and jelly-like, the materials can sense strain, temperature and humidity and they can also partially repair themselves at room temperature. The team’s results are reported in NPG Asia Materials.

“Incorporating soft sensors into robotics allows us to get a lot more information from them, like how strain on our muscles allows our brains to get information about the state of our bodies,” said first author David Hardman from Cambridge’s Department of Engineering.

As part of the EU-funded SHERO project, Hardman and his colleagues have been developing soft sensing, self-healing materials for robotic hands and arms. These materials can detect when they are damaged, take the necessary steps to temporarily heal themselves and then resume work without the need for human interaction.

“We’ve been working with self-healing materials for several years, but now we’re looking into faster and cheaper ways to make self-healing robots,” said co-author Dr Thomas George-Thuruthel, also from the Department of Engineering.

Earlier versions of the self-healing robots needed to be heated to heal, but the Cambridge researchers are now developing materials that can heal at room temperature, which would make them more useful for real-world applications.

“We started with a stretchy, gelatine-based material which is cheap, biodegradable and biocompatible and carried out different tests on how to incorporate sensors into the material by adding in lots of conductive components,” said Hardman.

The researchers found that printing sensors containing table salt (sodium chloride) instead of carbon ink resulted in a material with the properties they were looking for. Since salt is soluble in the water-filled hydrogel, it provides a uniform channel for ionic conduction, the team said.

When measuring the electrical resistance of the printed materials, the researchers found that changes in strain resulted in a highly linear response, which they could use to calculate the deformations of the material. Adding salt also enabled sensing of stretches of more than three times the sensor’s original length, so that the material can be incorporated into flexible and stretchable robotic devices.

The self-healing materials are cheap and easy to make, either by 3D printing or casting. They are preferable to many existing alternatives since they show long-term strength and stability without drying out, and they are made entirely from widely available, food-safe, materials.

“It’s a really good sensor considering how cheap and easy it is to make,” said George-Thuruthel. “We could make a whole robot out of gelatine and print the sensors wherever we need them.”

The material is a proof-of-concept but could be developed further to be incorporated into artificial skins and custom-made wearable and biodegradable sensors.

This work was supported by the Self-HEaling soft RObotics (SHERO) project, funded under the Future and Emerging Technologies (FET) programme of the European Commission.

The post Self-healing materials breakthrough for artificial hands and soft robotics appeared first on The Engineer. 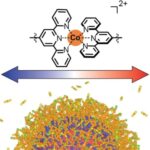