The Los Angeles company has also closed a $650m Series E equity funding round that will enable the scaling of the Terran R program and long-term infrastructure development.

Created in Relativity’s so-called Factory of the Future, Terran R is said to have unique aeronautical features, complex structures, and has the ability to launch twenty times more payload than its predecessor Terran 1.

“From our founding days in Y Combinator just five years ago, we planned on 3D printing Terran 1 and then Terran R – a 20X larger fully reusable rocket – on our Factory of the Future platform,” said Tim Ellis, CEO and co-founder of Relativity. “Today we are one step closer to this goal. Together with our first rocket Terran 1, our second product, Terran R, will continue to take advantage of Relativity’s disruptive approach to 3D printing – reduced part count, improved speed of innovation, flexibility, and reliability – to bring to market the next generation of launch vehicles.”

Ellis added: “Relativity was founded with the mission to 3D print entire rockets and build humanity’s industrial base on Mars. We were inspired to make this vision a reality and believe there needs to be dozens to hundreds of companies working to build humanity’s multiplanetary future on Mars. Scalable, autonomous 3D printing is inevitably required to thrive on Mars, and Terran R is the second product step in a long-term journey Relativity is planning ahead.”

To date, Relativity has printed over 85 per cent of the first Terran 1 orbital rocket, including its first and second stage. Terran 1’s commercial traction includes a customer contract with TriSept, its first launch contract with the US Department of Defense, and a Venture Class Launch Services Demonstration 2 (VCLS Demo 2) contract with NASA.

Relativity said its simplified supply chain allows it to build its rockets with over 100 fewer parts in less than 60 days.

Unlikely cybersecurity targets are a myth 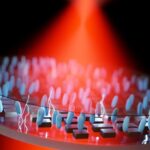