Spanish machine tool supplier CMZ will be holding an online event later this month to launch a new range dual spindle CNC lathes that it says will set new performance benchmarks for machines of this type.

The Digital Tech Event at 10.00am GMT on November 24 2021 will herald the introduction of the company’s TTS Series of multi-turret CNC machines which can function as a turning centre or fixed headstock lathe.

CMZ says that the four machines in the new range – the TTS 38, 46, 52 and 66 – together offer the option of one or two 24-position turrets that hydraulically clamp onto a large diameter curvic coupling to ensure high stability and precision. Each turret is equipped with two motors that act independently provide high rates of both manoeuvrability and machining performance. The first motor allow the turrets to change one 30-degree position in 150ms and index to the furthest 180-degree position in 440ms. The second motor drives the live tooling at up to 12,000rpm/13kW/26.8Nm.

In addition, the fact that the turrets are completely oil-cooled makes possible continuous working at 12,000rpm. All this means that the machines are particularly suited to high volume bar machining.

Moreover, the integration of the spindles facilitates a further set of technical characteristics to support optimal performance and productivity. These include:

In more detail CMZ says that the machines’ sub-spindle can move both vertically and horizontally which facilitates a number of different modes of use. These are:

CMZ explains that working with the sub-spindle displaced below the main spindle significantly reduces the possibility of interference between the two turrets and spindles and also enhances ease of programming and setting. Meanwhile the option of working with the tailstock means that the machine can finish a part in the sub-spindle while different operations continue between the main spindle and the tailstock. Another capability is that of working with two turrets and three CNC channels which provides the flexibility to program multiple applications that use three tools simultaneously. Benefits of being able to use three tools in this way include simultaneous drilling using two spindles with no limitations on programming and the ability to turn any shape in the sub-spindle while the same turret works on the main spindle.

All of these features will be on show during the 30-minute online event that will provide both a comprehensive technical overview of the TTS Series and direct feedback from customers that have already used the company’s existing similar but slightly larger TTL Series machines in real manufacturing operations. The main presentation will be made by Renny Thomas, CMZ UK sales manager, after which attendees will also be able to ask their own questions through a live chat option. As a further benefit attendees at the event will be offered a 15 per cent discount on purchases from the CMZ Store.

But even though the event is online places are still limited so those interested in attending need to register as soon as possible here https://://www.cmz.com/en/tts-event/

More details of the TTS machines can be found here https://www.cmz.com/en/dual-spindle-cnc-lathe-tts-series/ 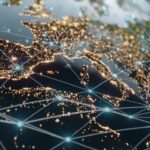