Researchers have shown that one common plastic produced using enzyme-based recycling can be cost competitive with traditional fossil fuel-derived PET.

According to the Anglo-US team, the process also reduces greenhouse gas emissions by up to 40 per cent relative to virgin manufacturing.

The scientists, as part of the BOTTLE Consortium, modelled a conceptual recycling facility where waste PET (polyethylene terephthalate) plastic is broken down with enzymes, returning the material back into its original chemical building blocks. This process was compared with traditional fossil fuel routes, where plastic building blocks are currently extracted mainly from oil and gas.

Techno-economic analysis and life cycle assessment revealed strong economic, social, and environmental benefits of using enzymes, which opens up opportunities for industry to make a step-change in how these plastics are recycled.

PET is the most commonly used plastic found in water bottles and packaging. Over 80 million metric tonnes of it are produced every year, but less than a tenth is recycled.

Authors on the new study include Professors John McGeehan and Andy Pickford, at Portsmouth University and Gregg Beckham and Avantika Singh, at the US National Renewable Energy Laboratory (NREL), In 2018, their teams identified and engineered an enzyme which can break down PET plastic. The enzyme produces terephthalic acid and ethylene glycol, the original building blocks used to manufacture new plastic, creating opportunities for circular recycling.

In 2020 they developed an enzyme ‘cocktail’ which increased the rate at which enzymes could digest PET, and this work is ongoing.

In a statement, Professor McGeehan, director of Portsmouth University’s Centre for Enzyme Innovation, said: “Many industries have a genuine interest in enzyme-based recycling from an environmental and social perspective. Here we demonstrate that adopting these technologies at scale has the potential to achieve these benefits in a cost competitive manner with virgin PET manufacturing.

“Identifying the major economic drivers of the enzyme-based recycling process will help to inform the research community as to which areas to target in order to reduce costs further.”

Published in Joule, the researchers focussed on the processing of a fraction of the three million metric tons of PET consumed annually in the US. They found using enzymes to digest the plastic waste reduced total supply-chain energy use by 69–83 per cent and greenhouse gas emissions by 17–43 per cent.

If scaled up in the US, the model shows a reduction in environmental impact of up to 95 per cent relative to using the virgin building blocks of PET, with lower emissions reducing ecotoxicity, acidification, and ozone depletion. In addition, there is up to 45 per cent more socio-economic benefits, including large reductions in smog formation and respiratory issues.

NREL chemical engineer and lead author Avantika Singh said that from all the plastics produced globally since the 1950s, less than 10 per cent had ever been recycled.

“If we can capture that space – textiles, carpet fibres, and other PET waste plastics that are not currently recycled -that could be a true game-changer,” she said.

The research team are all part of the BOTTLE Consortium (Bio-Optimized Technologies to keep Thermoplastics out of Landfills and the Environment). 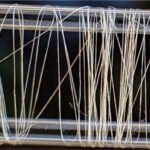 Polymeric amyloid fibre is as strong as steel and spider silk 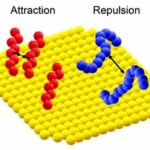 New imaging technique gets to the surface of nanoparticles