Organoids grown onboard ISS could provide benefits on Earth

The International Space Station is set to host an experiment aimed at advancing ‘the industrial production of human tissue in zero-gravity conditions’.

The ‘3D Organoids in Space’ project conducted by the Space Hub of the University of Zurich (UZH) and Airbus Defence and Space will use the zero-gravity conditions on the ISS to grow organoids – three-dimensional organ-like tissues grown from human stem cells – for use on Earth in research and medicine.

The project was initiated in 2018 and in March 2020 250 test tubes containing human stem cells spent a month on the ISS where differentiated organ-like liver, bone and cartilage structures developed from tissue stem cells. Cultures created on Earth, which were grown as controls under normal gravity conditions, showed no or minimal cell differentiation.

“We are the first to show that the path to production in space is feasible, not in theory, but in practice,” said Oliver Ullrich, a professor of anatomy at UZH.

According to Airbus, three-dimensional organoids are of interest to pharmaceutical companies as toxicological studies carried out on human tissue could remove the need for animal testing. Organoids grown from patient stem cells could also be used in the future as building blocks for tissue replacement therapy for damaged organs.

An Airbus Innovations team led by project manager Julian Raatschen is developing the hardware and providing access to the ISS.

The experiment – with tissue stem cells from two women and two men of different ages – will be sent to ISS on the next supply flight. The researchers will test the robustness of their method when using cells of different biological variability.

“Currently, the focus is on production engineering issues and quality control. With regard to the envisaged commercialisation, we now have to find out how long and in what quality we can keep the organoids grown in space in culture after their return to Earth,” said Ullrich.

“If successful, the technology can be further developed and brought to operational maturity. Airbus and the UZH Space Hub can thus make a further contribution to improving the quality of life on Earth through space-based solutions,” said Raatschen.

According to NASA, SpaceX Commercial Resupply Mission-23 is due to launch ‘late August 2021’. Sample material will return to Earth at the beginning of October and first results are expected from November.

The post Organoids grown onboard ISS could provide benefits on Earth appeared first on The Engineer. 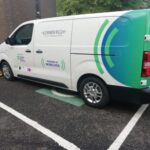 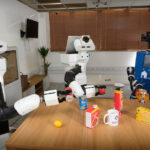 Assisted living robots are set to lend a helping hand