The NTU researchers said that compared to similar industrial methods their approach offers better control of the film’s thickness and structure during fabrication and results in a higher quality film.

Fogging occurs when water vapour condenses as water droplets on a surface, and so the anti-fogging performance of coating is measured by the speed at which the condensed water droplets spread into a uniform film that does not block vision. In experiments on the new coating, digital fast frame imaging showed a water droplet spreading within 93 milliseconds.

The findings by the NTU team have been published in Applied Surface Science.

Anti-fogging sprays and wipes are popular products among eyeglass wearers, particularly during the COVID-19 pandemic when mask wearers sought to prevent condensation obscuring their view.

Anti-fogging coatings are also used in solar panels, windshields and displays or lenses that are used in humid environments.

Researchers elsewhere have developed anti-fogging coatings for plastics but the NTU Singapore team said two of the biggest barriers to their widespread adoption are the long processing time for fabrication and poor durability.

In a statement, co-principal investigator, Professor Chen Zhong of the NTU School of Materials Science and Engineering (MSE) said: “Our team has demonstrated an approach that is fast to fabricate, taking around an hour, and produces long-lasting results, proving its potential for wide-ranging practical applications.”

Titanium dioxide has photocatalytic ability which allows it to self-clean by reacting with and removing organic residues under ultraviolet light exposure.

In lab tests of its self-cleaning ability the newly developed coating was able to break down contaminants on the plastic surface after a full day of ultraviolet light exposure.

“The ability for the coating to self-clean makes it a low-maintenance and trouble-free solution since the cover may be less obscured by surface dirt and grime, providing a clearer view for surveillance.”

The research team has filed a Singapore patent for the innovation and the team is looking for industrial collaborations to take the innovation to market.

The post New coating ‘self-cleans’ and prevents fogging appeared first on The Engineer. 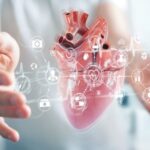 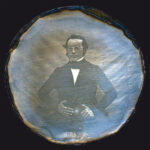