Fans of motorsport will know that McLaren’s achievements go beyond the marque’s 52 successful years in F1, and tomorrow (February 19) marks a new chapter in their race to be world number one.

McLaren is set to make its debut in Extreme E, the e-racing series that starts in Neom, Saudi Arabia in the Desert leg of a race calendar that will take place on four more off-road race tracks – Island, Ocean, Copper, and Energy – that are designed to push each team’s 1780kg Odyssey 21 vehicle to its limits, and also to highlight the impacts of climate change on the terrain which they race.

Fans watch the races remotely to lessen the environmental impact on each race venue, and the entire racing entourage is taken from race-to-race onboard St Helena, a ship used to transport the championship’s freight and infrastructure, including vehicles, to the nearest port to each of its five race locations. The ex-postal ship acts as a floating paddock for the teams, but it also reiterates the aim of minimising Extreme E’s emissions profile, as well as enabling scientific research through an on-board laboratory.

More well known for its participation in F1, Indianapolis 500, Can-Am championships and Le Mans, Extreme E plots a bold new course in the direction of McLaren Racing, but it one that has been mapped with the future very much in mind.

“It’s been 10 years since we [McLaren] gained carbon neutral status and we have set ourselves a goal of being NetZero by 2030, so you can see quickly how racing – in an all-new type of racing with sustainability absolutely at the heart of it – supports the wider agenda for McLaren Racing,” said Mark Grain, sporting director, McLaren Extreme E. “We do believe [Extreme E] will be an accelerator for that process, but also we think that this is going to bring a whole new generation of fans into to McLaren Racing as well.”

Whilst race formats may differ, there are certain similarities with Le Mans and Extreme E, as Leena Gade, race engineer for McLaren Extreme E, explained during a roundtable convened before the start of the new season.

“In the second half of the WEC season the cars were pretty much flown away, so you did a race and you had a day or so to work on them, to prep them – whether that be revising them for mileage or whether it was just servicing them because they were getting ready for the next event – and then they would go and we would never see them again,” she said. “It was the first half of the year where the cars did actually come back to the factory to be looked after, so there’s a small similarity there.”

She continued: “I think the one thing that the series does, because the cars end up … on a boat, you’ve got to get your work done in the time frame that you have straight after the race. Whether that’s repairs, whether that’s servicing or whether that’s replacement mileage, those things are still common between the two forms of racing.”

A concern surrounding Extreme E is that of the extreme temperatures the 400kw (550bhp) Odyssey 21 will experience on multi-continental courses, but bigger challenges, said the McLaren team, are the courses themselves. Gade explained that the World Rally Car Championship operates in quite extreme temperatures, be it -35oC in Sweden or 40oC in Greece. Heat issues are more likely to come from the battery, rather than the sun, and the McLaren team is confident that lessons learned and implemented from season one will come to fruition in its inaugural season.

“There’s been some learnings from WAE [battery supplier Williams Advanced Engineering] and Extreme E on how to manage the battery,” said Gade. “Upgrades in the coming year will make the battery cooling more efficient.”

One pressing concern from Season 1, however, is the ability of the race cars to handle the shock and G-loads experienced during the race.

“We’d obviously been watching some of the races through this last season and there were obviously issues that I think were quite noticeable,” said Gade.

She added that testing aimed to get information for the team on the behaviour of the car, and which parameters influence the behaviour for drivers to be able to react to.

“The course events are not easy on the car, they’re definitely pushing it to its limits and I think some of the stuff that maybe was seen through last year – with failures – have all been progressively modified or improved on going into this year,” said Gade.

“I’m sure there’s probably still things that haven’t been found yet. That’s the way with any series through its infancy, it’s always going to have issues and problems, but on the bright side because things have changed and the reliability has improved, Bovington [series 1 finale in Dorset] certainly was a much more successful event in terms of cars that were actually racing each other, so that’s a good thing.”

The post McLaren revs up for inaugural Extreme E appeared first on The Engineer. 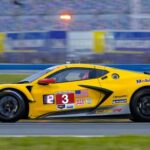 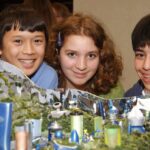