Hardly remembered today, Sir Charles Wheatstone was a scientific pioneer who played a crucial role in the development of telegraphy, 3D imaging and musical instrument design. Written by Nick Smith.

As inventor of the electric telegraph, an early incarnation of communications technology, Charles Wheatstone can lay claim to being one of the creators of the digitally connected world we live in today. A natural and eccentric innovator, he spent his entire academic career at King’s College London without ever retiring, where his “greatest achievement was the development of electric telegraphs, which revolutionised communications. For the first time, people kilometres apart and out of sight of each other could ‘talk’ in a reliable way.” In an era of expanding rail networks and the emergence of international stock-trading financial exchanges, these communications were essential. Wheatstone also attempted to measure the speed of electric pulses, invented the concertina and introduced stereo photography, for which he regarded as “father of 3D and virtual reality technology.” It’s hard to imagine a world devoid of the influence of Wheatstone’s wide-ranging genius.

The infant that was to become one of the great inventors of his age was born into a musical dynasty at the dawn of the 19th century, child of William and Beata Bubb Wheatstone. The Gloucester family had established an instrument manufacturing business in London’s Strand in the 1790s, and by 1806 had relocated to the metropolis. Unburdened by a gentleman’s classical education, Wheatstone excelled at French, maths and physics while at Kensington Proprietary Grammar School, before being apprenticed, aged 14, into the family business under the tutelage of his uncle Charles. A solitary teenager, he often neglected his job at the musical instrument shop, preferring to read, write songs and pursue his interest in electricity and acoustics. According to his friend Leopold Martin, Wheatstone never quite grew out of these traits, describing him as, “small in feature, childlike to a degree, short-sighted and with wonderful rapid utterance, yet seemingly quite unable to keep pace with an overflowing mind.”

While still a teenager, in September 1821 Wheatstone got his first taste of the limelight when he exhibited his ‘Enchanted Lyre’, an idiosyncratic hybrid piano and sounding box he grandly called the ‘Acoucryptophone’. During this period Wheatstone conducted many experiments on sound and its transmission, with some of his results preserved in Thomson’s 1823 Annals of Philosophy. He even conceived of a technology that could transmit sound-signals from London to Edinburgh at a speed of 200 miles per second (320 km/s) via metal rods. He called his idea the ‘telephone.’

Such is the range of Wheatstone’s scientific work that Brian Bowers, in his biography entitled Sir Charles Wheatstone FRS, 1802-1875, divides the inventor’s labours into three phases: sound and light, electricity and the telegraph. Bowers makes the point that Wheatstone was so well known for his scientific inventions that he became “a household name for his work in electric telegraphs, and indeed the Prince Consort consulted him as a parent of the telegraph system.” His work on electrical measurements – including the eponymous Wheatstone Bridge – was as significant as German physicist Georg Ohm’s, and it is “purely by chance that we now speak of ‘Ohm’s Law’ not ‘Wheatstone’s Law’.”

In the field of sound and light, Wheatstone produced a procession of bizarre inventions that included the kaleidophone, a thin flexible rod with a bead mounted on its free end that could be played with a mallet or bow to produce ‘persistence of vision’ optical effects. While Wheatstone’s portable harmonium took a prize medal at the Great Exhibition of 1851, it is for the invention of the concertina that the musical world owes Wheatstone most thanks. Though his patented free-reed, bellows-powered, button-operated instrument was to be overtaken by the more easily played accordion (which has a scaled down piano-style keyboard), the instrument flourishes to this day in niche music genres such as folk, tango and polka. History records that his friend Michael Faraday delivered Wheatstone’s lecture on the concertina to the Royal Institution in 1830.

Such was his phobia of public speaking that Wheatstone was to draw frequently on his more famous colleague’s services at the lectern. Despite his stage fright, in private Wheatstone was gregarious. Bowers tells the story of how in 1846, Wheatstone was at a gathering at the home of Florence Nightingale’s father, and selected Florence to be his accomplice for a party trick. He later told a fellow guest. “Oh! If I had no other means of living, I could go about the fairs with her and pick up a good deal of money.”

Wheatstone also invented stereoscopic photography, a process by which stereopsis (the human brain’s construction of depth perception through binocular vision) is simulated by combining two almost identical ‘flat’ photographs through the use of an instrument called the stereoscope. Wheatstone’s description of stereopsis was to earn him the Royal Medal of the Royal Society in 1840. According to photo-historians Denis Pellerin and Brian May, stereoscopy only started when “Wheatstone comes along in 1832 and has this insight that no-one up until this point has had. You’d have thought that Leonardo da Vinci would have figured out why we have two eyes.” But it was left to Wheatstone, a ‘shy, almost inarticulate genius,’ to understand stereo vision. In their book Stereoscopy: The Dawn of 3-D, the authors argue that “our ‘new’ virtual reality has roots firmly in Charles Wheatstone’s revolutionary discovery and his world-changing invention – the stereoscope.”

Wheatstone’s main rival in the field of 3D photography was Sir David Brewster, who improved the stereoscope by dispensing with its mirrors, bringing it into its existing form with lenses. Brewster is often credited with the invention of stereoscopy, a misconception corrected by May and Pellerin, and was never far from Wheatstone’s orbit. Based on Brewster’s discovery that light from the sky is always polarized in a plane 90 degrees from the sun, Wheatstone invented the ‘polar clock’ that could tell the time from available light from the sky, without need of line-of-sight of the sun. While the invention was superfluous in parts of the world where there were mechanical watches, it formed part of the navigation equipment used by British Arctic Expedition of 1875-1876, led by Sir George Strong Nares.

During his tenure at King’s College London, Wheatstone conducted pioneering experiments in electricity and invented an improved dynamo. He also invented two devices to measure and regulate electrical resistance and current: the rheostat (a device used for varying resistance in a circuit), and an improved version of what is now known as the Wheatstone Bridge, an electrical circuit used to measure an unknown electrical resistance by balancing two legs of a bridge circuit. Although nominally credited to Wheatstone, the bridge was the brainchild of British physicist and mathematician Samuel Hunter Christie: Wheatstone’s involvement was to improve the design and assist with popularising it.

In 1834, at about the time he was appointed professor of experimental philosophy at King’s College London, Wheatstone began experimenting on the rate of transmission of electricity along wires. From this research Wheatstone moved on to the transmission of messages by electricity and, alongside inventor and entrepreneur William Fothergill Cooke, he devised the five-needle telegraph, followed by the two-needle telegraph, the first to come into general use. This led to more new developments, including the letter-showing dial telegraph in 1840, and the type-printing telegraph in 1841. Before long, London had its first commercial telegraph, which progressed to trials of subsea telegraphy in Swansea Bay in the 1840s, during which signals were sent from a boat to the Mumbles lighthouse.

FROM THE ENGINEER’S ARCHIVE

September 1865 – the failure of the Atlantic telegraph cable

In 1845, the Electric Telegraph Company was registered, with Wheatstone and Cooke receiving £33,000 for the use of their joint inventions. Automatic transmitting and receiving instruments, by which high speed messages were sent over the telegraph system, were designed by Wheatstone alone, after Cooke and Wheatstone’s partnership had been dissolved. By 1850 the first international subsea telegraph connected England and France. In 1859 Wheatstone was appointed by the Board of Trade to consult on long-distance Atlantic cables, and by 1864 was advising the Atlantic Telegraph Company on the construction of its intercontinental lines. In 1870 the UK’s entire telegraph network was placed under Government control, with operational responsibility transferred to the General Post Office.

Wheatstone’s academic career centred on a four-decade association with King’s College London where he was the first physics professor. And while its often claimed that he hardly delivered a lecture, such was his importance to King’s that he is commemorated by the Wheatstone Innovation Lab and the annual Wheatstone Lectures named in his honour. Knighted in 1868 for his “great scientific attainments and of his valuable inventions,” Wheatstone died from bronchitis in Paris in 1875 at the age of 73. 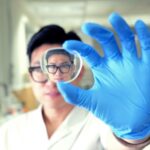 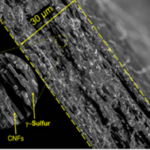