On the eastern edge of Sheffield, just off the M1, a gleaming manufacturing facility sits amongst the faded industrial red brick of the city’s storied past. ITM Power’s new electrolyser gigafactory – a 134,000 square foot monster that opened in 2021 – is just a stone’s throw from Forgemasters, Sheffield’s last remaining steel furnace. According to Graham Cooley, ITM’s long time CEO, another of Steel City’s most famous names has even closer ties to the new HQ. “We’re on the site that was British Steel Stainless Steel, and you would have seen the whole steel industry around here,” Cooley told The Engineer on a recent visit to the gigafactory.

UK steelmaking may be a shadow of its former glory, but the decline in heavy industry up and down the land has been softened somewhat by the growth of high value manufacturing. ITM Power is one of those leading the charge, developing and manufacturing proton exchange membrane (PEM) electrolysers to convert renewable energy into hydrogen, helping drive the transition to net zero.

“Everybody, all over the UK, is looking at the energy transition as this problem of how we decarbonise,” said Cooley.  “And if you just turn that on its head and you say what an amazing opportunity for manufacturing, engineering, technology innovation. It’s an amazing time to be a clean tech technology company.”

At its core, ITM Power’s PEM technology splits highly purified water into its constituent components of hydrogen and oxygen using electrolyser stacks that house the company’s own proprietary catalyst materials. If renewable energy is used, the resulting green hydrogen is a zero carbon product that can act as a direct clean fuel source or as a feedstock for other chemicals, including synthetic, green alternatives to existing fuels like natural gas. With eye-watering gas prices driving a global energy crisis, not to mention ongoing geopolitical uncertainty in Ukraine, the ability to produce a surrogate fuel on-demand has recently become much more appealing. “Green hydrogen is the only zero carbon fuel, the only zero carbon energy gas, the only zero carbon replacement for natural gas,” said Cooley.

Substituting clean, green hydrogen either directly for natural gas or as a feedstock for other fuels is very much part of ITM’s plans. Currently, however, the biggest global market for hydrogen – green or otherwise – is in ammonia refining. According to Cooley, this industrial hydrogen accounts for around 70 million tons per year, equivalent to 600GW of electrolysis.

At the start of 2022, ITM Power announced a deal with Norwegian chemicals giant Yara for a 24MW electrolyser that will help it reduce reliance on grey hydrogen in ammonia production. This huge existing market is what ITM sees as the lowest hanging fruit, particularly given ammonia’s current dependence on natural gas and the spiralling prices that go with it. “Their feedstock is natural gas,” said the CEO. “Our feedstock is renewable power. Renewable power has come down in price and natural gas has gone massively up in price.”

Alongside the raw supply/demand economics, there are other factors that Cooley believes will drive the green hydrogen market. Linking an electrolyser with a renewable energy source and a power purchase agreement (PPA) gives operators a locked in price for hydrogen for the duration of that agreement, eliminating the type of volatility we’re currently seeing in the gas market, as well as boosting energy security by reshoring the supply chain. Add in the fact that it’s a zero carbon process, and the proposition starts to look even more appealing. “All the arrows point in the right direction,” Cooley continued. “Policymakers have seen it and energy companies have seen it and it’s driving the whole industry forward.”

Clearly, the symbiosis with renewables is key. Green hydrogen provides long term storage for excess power, converting electrons into molecules at an efficiency reaching 80 per cent under the right conditions. Those molecules also represent an entirely new market for renewable energy, diversifying wind and solar operators away from simply delivering electricity to the grid, as well as protecting against fluctuations in demand that can lead to negative pricing or operators taking turbines offline at times of peak generation. “Electrons are incredibly difficult to store for long periods of time,” said Cooley.  “If you turn electrons into molecules, we know how to store them, and can store them for long periods of time. If you do an offshore wind scheme, you could take part of that power and you can make green hydrogen and supply it to an ammonia producer or a refinery. A new market, moving from electrons to molecules.”

The future, according to Cooley, is masses more renewables, the bulk of which can switch between supplying the grid and producing hydrogen at the drop of a hat. Or, more accurately, the drop in demand for electricity. “If suddenly the electricity grid doesn’t want your power, or prices go low, what do you do?” asked Cooley. “Do you keep supplying? They may even go to nought or negative. What you do is point your power away from the grid towards the electrolyser and you make molecules for a different industry…and in that very diversity, you’re able to reduce risk and increase rate of return. What that then means is that you can have more renewables, so if you build those two industries hand-in-hand, it means you can add tons of renewables onto the network and you don’t end up with the requirement for more and more curtailment, more and more storage.”

Of course, when we talk about the ‘molecules’ industry – in relation to energy at least – we are talking about the oil and gas industry. The fossil fuel lobby has much to answer for over obfuscation and delayed action on climate change, but a successful energy transition away from carbon-based molecules will undoubtedly require its expertise and impetus to build a zero-carbon molecule system.

“The oil and gas industry know how to transport (molecules), market them…distribution networks,” said Cooley. “My prediction is that in a decade, you won’t be talking about renewable energy companies and you won’t be talking about oil and gas companies, you’ll just have energy companies and they’ll all look the same. An incredibly important part of the energy transition is the oil and gas industry moving in that direction. The whole of the energy industry but particularly oil and gas because they have such a large capitalisation, such big balance sheets, and they control the thing that we are trying to eliminate.”

The biggest ITM deployment to date – and Europe’s largest electrolyser stack in operation – is at Shell’s Rhineland Refinery in Cologne. Backed by the EU, the REFHYNE project currently involves 10MW of the company’s machinery producing around 1300 tonnes of green hydrogen per year. This will be used in array of applications, including power generation, domestic heating and the production of synthetic fuels. In October 2021 it was announced the project would increase tenfold to 100MW.

While ITM’s initial targets are green hydrogen for ammonia and as a replacement for natural gas, it is also keeping a keen eye on the mobility market. Heavy vehicles resistant to battery electrification – particularly ones that return to a base for refuelling – are ripe for hydrogen fuel cells, while decarbonised shipping and aviation will likely depend on ammonia and sustainable aviation fuel (SAF) respectively. “Sustainable Aviation Fuel (SAF) is part of what you will make at a refinery when you replace the grey hydrogen with green hydrogen, and that’s what we’re doing with Shell at the Rhineland Refinery,” said Cooley. “Marine fuel is likely to be renewable ammonia.”

As the first hydrogen player to list on the London Stock Exchange all the way back in 2004, ITM’s experience should see it well placed to capitalise on the energy transition and the increasing demand for hydrogen. The company’s road so far has been somewhat winding, with a fluctuating share price to match, but Cooley sees the route ahead as clearer and the gigafactory as evidence of hydrogen’s bright future.

The facility is ramping up towards its nameplate 1GW per annum capacity, and there are advanced plans for a new UK site that will add a further 1.5GW. According to the CEO, money has also been raised for a 2.5GW overseas factory, the location of which is yet to be finalised but will be driven by demand and the potential for strong partnerships. That total of 5GW is due to be online by 2024.

“The growth is logarithmic,” said Cooley. “We went 100 kilowatts, 1 megawatt, 100 megawatts and we’re gearing up for gigawatts. That’s a factor of ten in size every two years. There’s two reasons for that. One is we made the technology modular, the other is we partnered with Linde Engineering, who work with us on the balance of plant and the deployment. They scale the deployment, we scale the manufacturing. And as the scale goes up, you reduce the costs.”

Coupled with ITM Power’s investment in R&D, that increase in scale is predicted to deliver a 40 per cent reduction in the cost of electrolysers over the next two years, further strengthening the case for hydrogen. It’s a far cry from the heyday of steelmaking, but it’s a technology fundamental to an energy transition that could reshape the industrial landscape in an even more profound way.

MORE ON HYDROGEN FROM THE ENGINEER

The rise of hydrogen flight

The post ITM Power gears up for green hydrogen revolution appeared first on The Engineer. 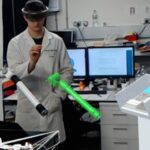 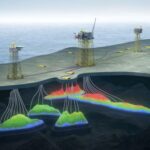