Researchers at North Carolina State University have created ionogels, new materials whose stretchability and toughness are claimed to be comparable to natural rubber and cartilage.

“Materials that can be deformed, but that are difficult to break or tear, are desirable,” said Michael Dickey, co-corresponding author of a paper on the work and the Camille & Henry Dreyfus Professor of Chemical and Biomolecular Engineering at NC State. “Nature is good at this; think of cartilage as an example. But engineering synthetic materials with these properties has been difficult, which makes our work here exciting.”

The new materials are ionogels, which are polymer networks that contain salts (ionic liquids) that are liquid at room temperature.

Dickey and his collaborators have made ionogels that are nearly 70 per cent liquid but are claimed to have remarkable mechanical properties; they dissipate a lot of energy when deformed which makes them very difficult to break. They’re also easy to make, easy to process, and can be 3D printed.

According to the paper, the ionogels have high fracture strength (12.6MPa), fracture energy (~24kJ m−2) and Young’s modulus (46.5MPa), while being highly stretchable (~600 per cent strain) and having self-healing and shape-memory properties.

“Hydrogels, which are polymer networks that contain water, are fairly common,” Dickey said. “For example, contact lenses are hydrogels. But ionogels have some advantages over hydrogels. Ionic liquids don’t evaporate like water, so you don’t have to worry about the ionogels drying out. Ionogels are also electrically and thermally stable and conduct electricity well, raising some interesting opportunities for future applications.”

To make the new ionogels, the researchers started with monomers of polyacrylic acid and polyacrylamide and copolymerised them in a solution of ionic liquid using ultraviolet light.

“The end result is significantly better than an average of the two materials,” Dickey said. “It is like adding 1 1 and getting 10. The resulting gel has the stretchability of polyacrylic acid and is even stronger than the polyacrylamide. In terms of toughness, it’s better than cartilage. But the differences between ionogels and hydrogels make them advantageous for different applications.”

In addition, the ionogels created by Dickey’s team also have self-healing and shape memory properties. Two pieces of ionogel placed together and exposed to heat reforms a strong bond. The material can also be deformed into a temporary new shape, but it will return to its original shape when exposed to heat. The amount of heat needed depends on how quickly the material is required to return to its normal shape. When exposed to a temperature of 60oC, the actions take tens of seconds.

“We’re excited that we’ve made something with truly remarkable properties that can be made very easily – you just shine light on it – using widely available polymers,” Dickey said. “And you can tailor the properties of the ionogels by controlling the ratio of ingredients during the copolymerisation process.

“We’re already working with one industry partner, and are open to working with others to develop applications for this new breed of ionogels.”

The post Ionogels show properties similar to rubber and cartilage appeared first on The Engineer. 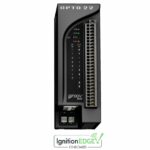