Researchers in the US have used an Intestine Chip to study the effects of Covid on gut health, as well as the impact of various drugs on the disease in the intestinal tract.

Gastrointestinal symptoms (GI) such as nausea, diarrhoea and stomach pain are reported by 60 per cent of Covid patients, but how SARS-CoV-2 actually interacts with the gut is not well understood and difficult to study.

This new work, published in Frontiers in Pharmacology, used an Intestine Chip previously developed at Harvard’s Wyss Institute for Biologically Inspired Engineering. Made of a clear, flexible polymer, the USB-stick sized device has two parallel channels – one lined with human blood vessel cells, the other with human intestinal lining cells. Between the two channels is a permeable membrane that mimics digestion in the gut by allowing molecular messengers to pass between them. The tissues in the Intestine Chip are also constantly contracted and relaxed to better replicate the action of the gut.

In the latest study, scientists from the Wyss Institute worked alongside colleagues from MIT and Boston hospitals first to examine how Covid impacted the gut via the device, then also to explore the effects of a range of drugs on SARS-CoV-2. It was found that a drug called nafamostat reduced infection while remdesivir – a drug widely used to treat Covid patients – did not reduce infection and in fact damaged the intestinal tissue.

“We were surprised that remdesivir displayed such clear toxicity to the vascular tissue in the Intestine Chip,” said co-first author Girija Goyal, PhD, a senior research scientist at the Wyss Institute.

“GI symptoms have been previously reported in clinical trials of remdesivir, and this model now gives us a window into the underlying causes of those symptoms. It could also help us better understand the efficacy and toxicity of other similar drugs.”

Alongside the immediate potential benefits for the treatment of Covid, the researchers also believe the Intestine Chip could be used in the future to develop treatments for emerging viral threats.

“This study demonstrates that we can explore complex interactions between cells, pathogens, and drugs in the human intestine using our Intestine Chip as a preclinical model,” said senior author and Wyss Founding Director Don Ingber, MD, PhD, who is also Professor of Bioengineering at Harvard’s John A Paulson School of Engineering and Applied Sciences.

“We hope it proves useful in the ongoing effort to better understand the effects of SARS-CoV-2 and to identify drugs that could be used to combat future viral pandemics.” 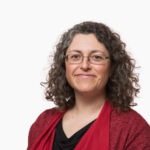