Air of positivity: Rolls-Royce’s Alan Newby believes that the aviation industry needs to be bolder in stressing its positive contribution to the modern world. Stuart Nathan reports

The aerospace industry isn’t having the easiest of rides in the public eye at the moment. It’s widely seen as an environmental malefactor, responsible for carbon emissions, noise and other pollution misdemeanours, and a movement started in Sweden known as flygskam (or ‘flight shaming’) aims to convince people to give up air travel whenever possible in favour of trains or boats.

Against this background, Alan Newby, director of aerospace technology and future programmes at Rolls-Royce, would appear to have an uphill struggle. Engineering industry insiders are well aware of the progress that Rolls-Royce and other aerospace companies have made in improving the environmental performance of their product since the advent of jet-powered air travel in the 1950s, but Newby believes that this message – and the advantages that air travel has brought to society – are still largely lost to the public in general and, to an extent, to policymakers.

“I think it’s important that we stress the importance of aviation itself as an industry, both as a means of connecting people, but also from a trade point of view,” he told The Engineer. “It’s a matter of stimulating business, allowing people to understand different cultures, and, particularly with the defence business, of delivering humanitarian aid.” Newby believes that communicating the benefits of air travel is a task for the entire aerospace industry, although Rolls-Royce should play a part in that effort, he concedes.

The benefits are also economic, he added. “A significant part of world trade is transported by air, the sector is a huge employer and supports many jobs in other industries as well, and if you were to rank aviation in terms of its size, compared with the GDP of the world’s countries, it would rank 20th, so that is a pretty massive contribution to economic well-being around the world.”

Since the advent of jet technology, carbon-dioxide emissions from aviation have reduced by 80 per cent, Newby said, and engines are 75 per cent quieter. This is all a matter of making engines more efficient, he stressed: an efficient engine produces more thrust with less fuel, and therefore emits less carbon. Noise is also an artefact of low efficiency and improving the efficiency of the airflow through the engine ensures that less energy is lost as sound and more is channelled into propelling the aircraft forwards.

The advent of Rolls-Royce’s Trent gas turbine engines roughly coincided with the rise of environmental matters in public consciousness, and as the Trents are still the company’s major product range, with the Trent 7000 and Trent XWB the latest to enter service, the progress of emissions and noise reduction in these engines provides a useful guide to how the company has performed since air travel came under its current level of scrutiny. Trents have now come full circle, Newby added, with the 7000 model replacing the first Trents on the wings of Airbus A330s. “We’ve been working on the Trents since the back end of the 1980s, and the first of these engines entered service around 1995,” Newby said. Since the introduction of the Trents, CO2 emissions have declined by around 15 per cent, NOx emissions by around 30 per cent and noise by around 10 per cent.

Rolls-Royce is fully signed up to – and played a part in setting – the industry goals set under the ATAG and ACARE programmes, which respectively commit the aerospace sector to 1.5 per cent fuel efficiency improvement from 2009 to 2020 and to subsequent carbon-neutral growth, halving net emissions by 2050 relative to 2005; and 75 per cent reduction in CO2, 90 per cent reduction in NOx and 65 per cent improvement in perceived noise, all by 2050 and

relative to a new aircraft in 2000. “Some of this will be through commercial mechanisms such as offsetting and emissions trading schemes, especially in the near term, because it won’t necessarily all be available through technology, but new technology ideas and sustainable fuels are going to be the final piece in the puzzle and they will bring us down to our 2050 targets.”

Rolls-Royce is looking at two parallel strands of R&D to meet these targets. For shorter range flight – which it defines as anything less than about 4,000 nautical miles – it is increasingly looking towards electrical solutions, either with electric motors providing propulsion, or hybrid systems (which Newby refers to as “more electric”). But above that 4,000 nautical mile limit, the company still sees gas turbines as being the primary source of propulsion, and so it is looking at ways to improve the performance of its large gas turbine engines, with programmes called Advance3 and UltraFan. Both programmes are now in test phases, although no decision has yet been taken as to whether the resulting engines will be branded as a continuation of the Trents or given a new name when they come into service next decade.

As part of these two programmes, Rolls-Royce is developing a new engine core with efficient combustion systems to reduce both NOx and CO2, and fan systems based on lightweight carbon-titanium composites (comprising both the fan blades themselves and the surrounding fan case) to produce more efficient thrust by moving large amounts of air more slowly, which, as Newby explains, is the best way to reduce noise. To accommodate the new, fast-rotating core and the slower-moving fan, the company is developing a gearbox system capable of handling up to 100,000hp, currently under test in Germany. The new engine core also represents an advance in technology, with the use of silicon carbide composite turbine blades that can operate at higher temperatures than single-crystal nickel superalloy blades; this is also currently under test. New testbeds, such as one under construction currently in Derby, will be needed to test this new generation of engines, which have a 140in (3.56m) fan case diameter making them too big for existing facilities to handle. Integration of these ‘demo blocks’ of composite fan, gearbox and engine core will take place over the next few years, leading to the eventual introduction of this new evolution in gas turbine power.

But while liquid-fuelled gas turbine engines remain a major part of Rolls-Royce’s future plans, the future is increasingly electric, and with the company’s acquisition of Siemen’s eAircraft business in June, the company now has a larger number of electrical engineers specialising in aerospace applications (although Newby points out that it already had considerable expertise in electrical systems, mainly from its businesses in the rail and marine sectors).

The electric propulsion flight paradigm will be seen in a number of aircraft designed to tackle different ranges: from personal air mobility (such as flying taxis) for flights up to 200 nautical miles, which would use entirely electric propulsion; to small and large regional aircraft, for flights up to 850 nautical miles and even narrow-body and small-to-medium business jets, which would use hybrid-electric systems.

Newby highlights electrical projects such as an attempt to break the world electric flight speed record, which, he points out, “is a fantastic learning experience for the management and integration of aviation battery systems and is a massive STEM project in terms of getting young people interested in aviation. This is a zero-carbon propulsion system, which is going to do something quite interesting in breaking records.” Rolls-Royce has also recently developed an electrical starter generator integrated with a gas turbine engine, which will generate electricity for onboard systems and has synergies with the engine it is developing for the new British Tempest fighter aircraft, which will also generate power for ranged laser weapon systems. 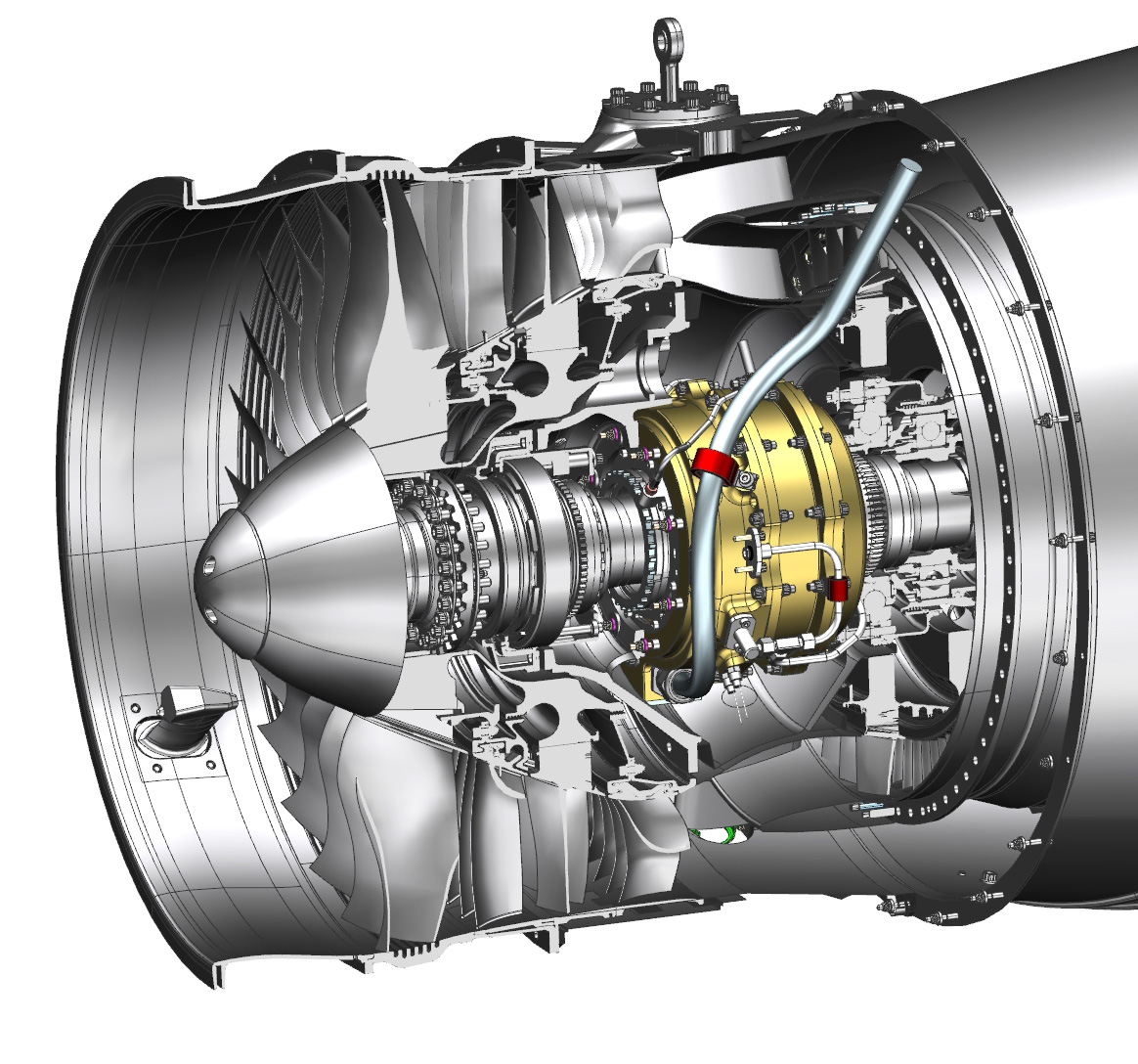 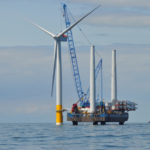