The pandemic has shown that virtual meetings are often perfectly adequate. But for the experience to come close to real face-to-face, a lot still needs to change in terms of quality, especially in audio. Infineon has investigated how much quality is influenced by the properties of the MEMS microphones used.

The requirements for microphones in consumer devices have increased significantly — and not only for conference systems (Figure 1). People also want to make high-quality calls in noisy environments — on the street, in crowds, in an open-plan office. They expect features like active noise canceling (ANC), voice control, and transparent hearing, which require more and better microphones. For video conferencing, users want the experience to be as close as possible to actual encounters. This depends above all on perfect audio quality, and this should preferably be achieved without additional devices, i.e., without headphones.

High-quality audio applications require a combination of good hardware and good software. Algorithms such as noise reduction, de-reverberation, beamforming, and direction of arrival detection enable audio recording and high-fidelity transmission in a wide variety of situations and conditions. But the end audio quality relies a lot on the quality of the microphone. Or to put it in plain speak: “Bad input, bad output.”

Good microphones have been around for a long time but have mostly been confined to audio recording studios. These microphones are large and expensive, whereas microphones for use in consumer equipment have to be small and mass-produced with very tight manufacturing tolerances — this is offered by MEMS technology. Until now, designers had to find a tradeoff between size and performance.

But how do you describe the performance characteristics of a microphone qualitatively? First, there is the signal-to-noise ratio (SNR), which describes the difference between the inherent self-noise of the microphone and a standard reference signal. All elements of the microphone (MEMS, ASIC, package, and sound ports) contribute to the self-noise.

The SNR is relevant, for example, when it comes to detecting sounds/voices from a greater distance. The sound level is halved at twice the distance, so the input signal also decreases. Sound channel, room conditions, and system design cause further signal losses. A good microphone is required to capture input for voice commands, algorithms, and recordings even at longer distances. A larger SNR is thus required.

The total harmonic distortion refers to the harmonics of an input signal that are not present in the input signal itself. The acoustic overload point (AOP) is defined as the point where the distortions reach 10%: The signal is too loud for the microphone and artifacts/clipping noises are present in the output. The AOP thus denotes the maximum volume that the microphone can handle.

Like smartphones, conference systems or smart speakers also use MEMS microphones to pick up voice signals. However, the requirements for these applications are even higher. These microphones must deliver low self-noise for natural sound — similar to that a user would experience in a face-to-face conversation. A high AOP gives an undistorted input, even in the loudest surroundings. With tight mic-to-mic matching, the performance of beamforming algorithms is improved.

But just in the last year, the pandemic has led to more and more standard laptops being used as conferencing systems. However, today’s built-in microphones fall short of the expected sound quality and experience. Users don’t want to wear headsets all day. Nor do they want to constantly lean over their device to be understood. Instead, they may even want to get up during a conversation to move around and still be heard.

Of course, the sound is determined by several factors. For example, as mentioned above, various software algorithms are used that could have an influence on audio quality. Infineon engineers therefore wanted to find out how big a role the microphone actually plays.

For this purpose, the test setup shown in Figures 2 and 3 was utilized. A loudspeaker (“artificial mouth”) plays back real speech, which is picked up by the microphone in the device under test (DUT) laptop. The DUT processes the recording and transmits it to a reference computer. The received data is compared with the source data.

Figure 2: Setup of the POLQA test. An artificial mouth (A) is placed at the same height as the laptop mic (B) that is positioned on the top part of the front bezel above the screen and next to the camera module. The laptop is placed at a fixed distance of 1 meter (C) from the artificial mouth. Distances above 1 meter are simulated based on inverse square law. The laptop has a VoIP connection (D) to another laptop (E) outside the anechoic chamber. The outer laptop (E) also works as a transmitter to the artificial mouth over a wired channel (F). The block diagram in Figure 3 explains the signal flow in much more detail.

To objectively evaluate the quality and intelligibility of the recordings, the analysis was performed according to the Perceptual Objective Listening Quality Analysis (POLQA) standard. The resulting mean opinion score (MOS) was compared for the laptop’s built-in standard microphone (<65 dB SNR) and Infineon’s XENSIV TM IM69D120 (69 dB SNR). Both microphones have the same sensitivity of – 26 dBFS. Two sets of data were compared: audio picked up by the built-in microphones and audio picked up by high-SNR microphones. Both datasets were processed by a standard voice-over-IP program used for calls.

Figure 4 shows the MOS results comparing the laptop and the high-SNR microphone, i.e., IM69D120. It can be clearly seen that the high-SNR microphone provides significantly higher performance for voice communication than the built-in microphone. For normal or quiet speech, a microphone with higher SNR improves the perceived speech quality from fair to good or from good to excellent.

The tests were performed for three scenarios, in all of which the high-SNR microphone showed superior performance. In the close scenario, the speaker is less than 1 meter away from his/her device. The better microphone results in better call quality, reduces the need for a headset, and gets rid of the “you sound so far away” effect.

For distances between 1 and 3 meters, high-SNR microphones “free” the user from the desk. They showed an overall speech quality improvement of over 15%. The speaker can stand up and move around while on a call. It allows for a more flexible positioning of the laptop on the desk, e.g., beside an external screen.

High-SNR microphones even enable the use of the laptop as a conference device over long distances, whereas the current built-in microphones do not pick up voice in good quality under those conditions. For distances of about 5 meters, this translates to a quality improvement of over 30%. It makes the laptop suited for bigger meeting rooms and gives the user a greater range of movement.

It’s clear that the quality of the microphone is crucial for excellent speech transmission. But how can better MEMS microphones be achieved? To get to the bottom of this, let’s first look at the components of a MEMS microphone.

BUILDING BLOCKS OF A MEMS MICROPHONE

A MEMS microphone essentially consists of three building blocks: First, the actual sensing element, the name-giving microelectromechanical system. Sound waves move a membrane, which forms a capacitor with the backplate. The resulting changes in capacitance generate the electrical signal. The second building block, the ASIC, contains the charge pump for the membrane, the amplifier stages, an LDO for clean power supply, and the calibration logic. These parts are integrated together into the third building block, the package. The package protects the component, shields it (EMI), and forms an acoustical back volume.

Figure 5: All building blocks contribute to the self-noise of a microphone.

Infineon continuously applies its experience and know-how to bring even better microphones to the market. The latest portfolio additions are the XENSIV

IM73A135 and the IM69D127, which use Infineon’s patented Sealed Dual Membrane (SDM) technology. Both feature excellent AOP (135 and 127 dB SPL, respectively) and SNR (73 and 69 dB, respectively). Both microphones are well-suited for communication devices and earphones with audio-critical functionalities such as ANC and transparent hearing. With its small footprint of 3.6 mm × 2.5 mm × 1 mm, the IM69D127 is especially suited for size-constrained applications like earbuds.

The latest MEMS technology brings studio-level audio performance to consumer devices. Infineon has been able to demonstrate in experiments that the audio quality of a device, such as a laptop, can be significantly improved by using better microphones. The company’s new XENSIV

IM73A135 and IM69D127 MEMS microphones enable customers to take their devices to the next level of audio quality.

In the coming quarters, Infineon is working on new digital and analog microphones that will push the limits of small size and high SNR even further. 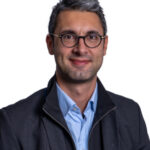 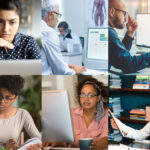