Baroness Stedman-Scott, minister for women, has today (8 March) launched an initiative to level up employment opportunities for women returning to STEM roles.

Announced on International Women’s Day, the government will launch a new returners programme to help women back into STEM careers. Research and employee feedback shows that returning to STEM roles after taking time out to care for loved ones can present significant challenges. This new programme will help organisations to recruit and retain talented staff who are often overlooked because of a gap on their CV, by providing training, development and employment support to those who have taken time out for caring.

“Supporting skilled women to return to STEM careers after care leave will keep talented minds in STEM and improve the representation of women and marginalised communities in those incredibly important roles,” said Baroness Stedman-Scott.

The government has run 25 returner programmes across the private and public sector and will use learning from these initiatives to design the new STEM programme.

Unpaid care work, including childcare and informal adult care, is disproportionately performed by women, which can impact pay and progression. Research shows that returners with degrees are, on average, paid 70 per cent of the hourly wage of an equivalent colleague who has not taken time away from work.

The 2021 STEM Returners index survey found that 61 per cent of returners found the process of returning to the industry difficult or very difficult. Those who did return commented on being overqualified for their role and had entered at levels below where they were prior to their break.

Commenting on today’s announcement, Natalie Desty, director of STEM Returners, said: “We are delighted to see the launch of a government returners programme across STEM industries. Working in this space for the last five years, we know just how difficult it is for women to overcome the career gap penalty and the impacts that this has on their career in STEM. We also know how vital their return is to an industry with an advanced skills gap and in some areas, a shocking lack of diversity.”

Stedman-Scott also announced an initiative to improve pay transparency in the job application process. Evidence shows listing a salary range on a job advert and not asking applicants to disclose salary history provides a firm footing for women to negotiate pay on a fairer basis.

A study from the Fawcett Society shows that a requirement to provide salary history makes everyone less confident when negotiating their pay. It has a particularly negative impact on women’s confidence, with 58 per cent of women saying that they felt they had received a lower salary offer than they would have if the question had not been asked during the application process. 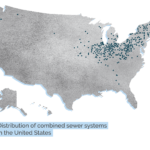