Ampaire, a California-based electric aviation company, took its first hybrid electric flights in Scotland on August 12, 2021, crossing the Pentland Firth from Kirkwall Airport on the Orkney Isles to regional airport Wick John O’Groats Airport in the north of mainland Scotland.

The trials, said to be the first to operate on a viable regional airline route, are part of the Sustainable Aviation Test Environment (SATE) project, which is being led by Highlands and Islands Airports Limited.

Funded by UK Research and Innovation through the Industrial Strategy Challenge Fund, SATE is based at Kirkwall Airport, which is also home to the UK’s first operationally based low-carbon aviation test centre. SATE forms part of the UKRI’s Future Flight Challenge, which has been created to test low-carbon aviation technologies and investigate the airport infrastructure necessary to support sustainable aviation.

Ampaire’s Electric EEL technology demonstrator, a modified six-seat Cessna 337, runs on battery power and a conventional combustion engine. The company is developing a line of hybrid electric powertrain upgrades that it said will reduce emissions and operating costs by as much as 25 percent initially.

In a statement, Ampaire test pilot Justin Gillen commented: “Today’s flight to Wick went without a hitch, flying at 3,500 feet and 120mph. The Electric EEL is easy to fly and we’ve achieved a total five hours here so far.”

“This is an important first step to decarbonising Scottish regional aviation, while lowering the cost of air service,” added Ampaire founder and CEO Kevin Noertker. “It’s a model for what Ampaire will be able to offer regional carriers everywhere.”

According to Ampaire, the company’s hybrid electric upgrades are seen as a catalyst to zero-emission, all-electric aircraft, as battery technology advances and airport charging infrastructure matures.

With the completion of flight trials through the SATE project, the Ampaire aircraft will travel on to South West England where it will perform further demonstration flights between Exeter and Cornwall as part of the Ampaire-led 2ZERO (Towards Zero Emissions in Regional Aircraft Operations) project. 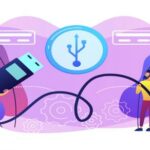 New USB Connectivity Standard Mandates a Retimer. You Should Know Why and How
Composite materials for aerospace sector