A project is underway to develop a single, publicly accessible EV chargepoint that can be installed in the street outside a person’s home and powered by their domestic electricity supply.

The new Aon Charger is being developed as part of the DoorSTEP project and will use Trojan Energy’s proprietary ‘flat and flush’ charging technology currently being demonstrated in the STEP (Subsurface Technology for Electric Pathways) project.

Trojan’s chargers sit below the pavement surface and users access them by inserting a so-called Trojan ‘lance’ to connect the charge point to their vehicle. An underground cable connects the chargepoint in the street to the home’s consumer unit via a small control box installed on the user’s property.

In a statement, Oliver Robinson, project manager and senior consultant at Element Energy said: “The chargepoints being developed under the DoorSTEP project are highly innovative, aiming to provide an experience that is as convenient as a home charger for those who lack access to private off-street parking.

“At the same time, by using a domestic electricity supply, we hope to reduce the cost compared to other public charging options. This will help drivers who have so far been excluded due to lack of access to suitable charging infrastructure to make their next vehicle an EV.”

The project is funded by the Office for Zero Emission Vehicles (OZEV) in partnership with Innovate UK. As part of the project 25 prototype units will be trialled on streets in the London Borough of Brent and in three districts of Oxfordshire.

“Not having a safe and secure spot for recharging is one of the main barriers to people getting an electric vehicle,” said councillor Pete Sudbury, Oxfordshire County Council’s Cabinet Member for Climate Change Delivery and Environment. “That’s why schemes like this are so important. We are delighted to be involved in this trial scheme and will move as swiftly as possible to a widespread roll-out of schemes like this in the near future.”

The DoorSTEP trial, running from February to July 2022, is recruiting participants to have the technology installed at their property, and others to have access to the charge points installed near to them but will not host the hardware. Low carbon energy consultancy Element Energy are leading the project and will be conducting surveys and focus groups with the trial participants to understand how they have interacted with the technology.

The post Chargepoint trial to plug consumers into domestic tariffs appeared first on The Engineer. 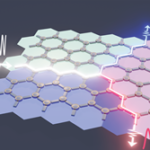 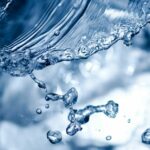