Why Norway is Leading in BEV Adoption

Norway is the leading country in moving from internal combustion engine vehicles (ICEV) to electric vehicles (EV). In early 2022, over 90 percent of monthly personal vehicle sales were EVs, with the vast majority being battery electric vehicles (BEVs). This column looks at why this is happening.

A main reason Norway is moving to EVs is the Paris Agreement that was signed by 190 countries in 2015. It is a legally binding international treaty that went into effect on November 4, 2016. Norwegians are also very willing to do their part to lower all green house gas emissions (GHGE).

I grew up in Norway and I am familiar with the Norwegians love of outdoor activities from skiing, touring and everyday walking in any type of weather. I travelled many times to several glaciers in Norway over the last 50 years, and you can easily see how the glaciers have receded in this timeframe.

The next table is a summary of the reasons Norway is moving quickly to BEVs and is leading the world in conversion to EVs.

The first step in lowering GHGE is understanding where it comes from. The above table shows U.S. CO2 emissions for 2019 in the middle column in blue — from EPA data. The right column in green is an estimate of the range of emissions for other countries.

For most countries, lowering emissions from cleaner electricity generation is the way to get a big early impact due to rapid advances from solar and wind power technology, including steep price declines.

For Norway, the first step in lowering GHGE is to focus on transportation with EVs as the obvious starting point. EV technology and cost became competitive around 2013 and is now the path for all auto manufacturers.

Norway has very high vehicle purchase prices compared to the U.S. and other European countries due to high taxes and usage fees. These high prices became the mechanism Norway used to make EV prices very affordable compared to ICEV. Norway introduced EV purchase incentives that encouraged everyone to consider an EV, which resulted in an increase in EV purchases.

Norway started introducing EV incentives quite early in the 1990s. Initially, the impact was small as the EV range and other features were limited and did not meet the requirements of most buyers. By 2012, the number of EVs in use in Norway reached 10,000 units and grew rapidly.

The most important EV incentives are three big savings items that make the purchase price of nearly all EVs less than that of similar ICEVs. The import tax came first and amounts to thousands of dollars depending on what brand and model. EVs were exempted from the 25 percent VAT from 2001 and can save the typical EV buyer $6,000 to $10,000.

Norway is also adding significant fees to ICEV for CO2 and NOx emissions, which will top $5,000 for most gasoline and diesel vehicles. There were many other usage savings such as annual road tax fees, which will end in 2022. Toll road and ferry fees had steep discounts that are also being phased out.

These EV incentives have been successful in making EVs very popular in Norway, but many incentives will disappear over the next five years. To continue replacing ICEVs, the key is to retain a competitive EV purchase price versus gasoline and diesel vehicles.

The biggest long–term incentive for EVs is the low fuel cost. Gasoline in Norway is in the $6 to $7 range per gallon. The average electricity price per KWh is less than 10 cents. The typical range for one KWh of battery is 3 to 4 miles, which means you can drive 30 to 40 miles for a dollar of electricity in Norway. If you have 30 MPG ICEV, you will only get five miles for a dollar of gas. That is a very powerful argument to switch to EVs — even if the EV usage cost advantages are lower than in Norway.

Norway’s population is about 5.5 million. Total light vehicles in use is around 3.4 million based on IHS Markit data. This gives a motorization rate of 625 vehicles per 1,000 people.

BEVs were 75 percent of total EVs with plug–in hybrid adding the remaining 25 percent. The incentives for plug–in hybrid EVs declined in 2022 and its share deteriorated in early 2022. EV sales for the first two months of 2022 are extending these trends — EV sales growth, higher EV share and lower ICEV share.

Norway has one reason for its rapid BEV conversion that is not common in other countries. Norway’s electricity generation is already green with around 95 percent coming from renewable energy. This made the transportation industry the focus of GHGE elimination. And it has worked very well for Norway.

Norway will continue to focus on EV–based transportation with boats — especially ferries — emerging in trials and deployments. Short–range airplanes are also in the plan, but further out.

Norway has seen a rapid rise in EV sales in the last five years. In 2021, EV sales reached 86 percent of all personal auto sales. ICEV purchases were only 8.3 percent of sales. This trend continued the first two months of 2022.

The EV purchase incentives in Norway makes most EV models less costly than similar ICEV models — even if the import prices for EVs are much higher. This is the key reason why EVs are so successful in Norway.

The EV usage cost, especially electricity for fuel, is another major advantage that will keep EVs growing in Norway. Miles travelled for $1 is 30 miles in a BEV versus around 5 miles for an ICEV, based on current gasoline and electricity cost in Norway.

Could a similar strategy be used in other countries with success? I think so because the price of BEVs is declining rapidly, which requires less incentives compared to when Norway started. The BEV portfolio is also much larger and will satisfy the needs of many more buyers. Just look at the excitement building for BEV–based pickup trucks and vans.

The post Why Norway is Leading in BEV Adoption appeared first on EETimes. 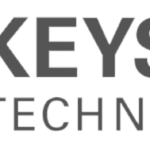 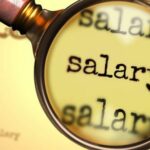 Time for a Closer Look at Medtech Salaries & Careers