Where have all the climate activists gone?

On November 13, 2018, a group of nearly 200 activists gathered outside Representative Nancy Pelosi’s office, just south of the Capitol Building, and knocked on the door. Without waiting for an answer, they entered and began chanting and singing protest songs.

The crowd was made up of representatives of the roughly year-old Sunrise Movement, and the sit-in at the Minority Leader’s office served as a bit of a coming-out party. One by one, the activists, mostly high school and college students, gave Pelosi’s staff letters demanding a Green New Deal and massive investment of cash into clean energy and initiatives for environmental justice. They were joined by Congresswoman-elect Alexandria Ocasio-Cortez; 50 members of the group were eventually arrested.

The event was one of just hundreds of demonstrations that took place during the most active period of climate protest in United States history. Following the inauguration of President Donald Trump — who entered office pledging to roll back dozens of environmental regulations — and the release of yet-another terrifying United Nations climate report, global warming activism exploded across the country. In April 2017, millions protested in a nationwide “March for Science”; the following year, schoolchildren and teenagers across the world, inspired by Swedish activist Greta Thunberg, began skipping school to protest the climate crisis. Meanwhile, youth-led groups like the Zero Hour and Sunrise led walk-outs, marches, and sit-ins — inspiring thousands of young people to take to the streets.

But over the past couple of years, the volume of such activism seems to have been turned down. Massive marches and demonstrations have given way to smaller gatherings in Washington, D.C. and New York; some activists have shifted from sit-ins and chanting to working for think tanks or environmental NGOs. Even as heat waves and droughts roast the country — and the United Nations climate reports become more and more dire — the nation and media seem focused on the pandemic, inflation, and the war in Ukraine. For the time being, activists are making fewer headlines.

For many, the past year feels like a betrayal: They rallied around President Joe Biden, despite reservations about his progressive credentials, and have seen few results. Climate legislation has stalled in the Senate, with the midterms threatening the Democrats’ slim majority. Liv Schroeder, a communications director for Zero Hour, said that the last year had demonstrated, more than anything else, that “party alignment does not guarantee climate action.”

Activists are now struggling to figure out what comes next. Should they focus on mass protests ahead of the upcoming midterm elections, or pressure Congress to get things done as the months tick down? After the legislative failure of the past 18 months, will it even be possible to motivate young voters?

“I feel upset and terrified and angry,” said Lauren Maunus, the legislative director of the Sunrise Movement. “All of the promises that were made have not been delivered to us.”

It is not surprising that, over the past two years, climate protests seem to have died down. COVID-19 threw the movement off-balance, forcing protests, marches, and strikes online. The murder of George Floyd galvanized hundreds of thousands of protestors — including many of the same young people who had previously been marching for the climate — but the focus was rightfully on racial justice, not the overheating planet.

Part of the change was also the presence of a Democrat in the White House. Dana Fisher, a professor of sociology at the University of Maryland, College Park, who studies activism and social movements, says that when a supportive party comes into power, many protest groups struggle to shift from “outsider” tactics — marching in the streets and holding sit-ins — to “insider” tactics, like lobbying members of Congress and helping to craft policy. Movements can also splinter, as traditional lobby groups eschew protest to focus on the inside track, leaving activists on their own.

And early in 2021, with Trump out of office and President Joe Biden’s initial, $3.5 trillion climate and spending plan – known as Build Back Better – in the works, there seemed to be less reason to protest and agitate for change. Biden’s early climate promises were quickly fulfilled: He rejoined the Paris Agreement on climate change and set a goal to cut U.S. carbon emissions by 50 to 52 percent by 2030.

But as the legislative process began, activists began to get “increasingly twitchy,” as Fisher described it. The Build Back Better plan was whittled down to just half its original size, to $1.75 trillion, and had no guarantee of passing a Senate with the slimmest of Democratic majority. Despite calling the package a “minimum bandaid” for the climate crisis, Sunrise members lobbied their representatives to hold off on passing the bipartisan infrastructure bill until the much bigger package made it through Congress. When that didn’t work, and Democratic Senator Joe Manchin of West Virginia continued to withhold his support for Build Back Better, activists chanted outside his houseboat and arranged a 14-day hunger strike outside of the White House – a rare demonstration after a year of relative quiet.

Protest, however, is a blunt instrument — and unlikely to move a longtime senator heavily financially supported by the fossil fuel industry. On December 19, Manchin appeared on Fox News to formally withdraw his support from the package. “I cannot vote to continue with this legislation,” he said. “I’ve tried everything humanly possible.”

In March 2022, Audrey Lin, a campaign manager for Sunrise, wrote an open letter to the members of the organization. “We were able to keep the pressure up on Democrats, and we changed the narrative around the stakes for climate legislation,” she wrote, “but in the end, it wasn’t enough.”

Over the past few months, as Democrats have discussed passing a climate-only reconciliation bill, the climate movement that made a name for itself with million-person marches has remained outwardly quiet. Several protests occurred around the country for the week of Earth Day, but they drew crowds of hundreds, not thousands. And inside-the-beltway efforts to force Biden’s hand have fallen by the wayside. When I spoke to activists for this story, few seemed enthusiastic or optimistic about the possibility of a $300 to $500 billion bill — some form of the climate portion of Build Back Better — passing Congress. Manchin’s name hardly came up.

Part of the issue is that the movement’s tactics don’t translate well to the current situation: a recalcitrant senator spending time in backroom negotiations, a country distracted by war, inflation, and gun violence. Protesting, at its best, can create the conditions necessary for policy to pass; the work of creating — and compromising — on that policy, however, is often left to other groups.

Marcela Mulholland, the political director for the progressive think tank Data for Progress and a former Sunrise Movement member, argues that criticisms of demonstration-based activist groups ignore what they accomplished — and what they intended to accomplish. “No one at Sunrise is claiming to be a technocrat,” she said. “This is a group of young people who are scared of climate change, and they are doing moral protests to raise the salience of the issue.” When I asked her whether Sunrise should be doing more to encourage the passage of a climate-only bill, she said, “‘Climate compromise’ — it doesn’t have the same ring to it. You’re not going to put that on a T-shirt.”

Many activists, somewhat battered by the last 18 months, are refocusing on the upcoming elections. “We have been doubling down as a movement, trying to elect people in office who are going to fight” for the climate, Maunus, the Sunrise legislative director, told Grist. Sunrise has zeroed in on races in Texas, supporting the progressive candidates Jessica Cisneros and Greg Casar. They are also working to ensure that the “Squad” of Ilhan Omar, Ocasio-Cortez, and other progressive representatives stay in power.

Zero Hour, Schroeder said, is also working on rebuilding and mobilizing for the upcoming elections: planning protests and working to elect climate-friendly candidates. “I’m hoping we’re going to see a lot of change in Congress.”

But it’s hard to imagine that — after the disappointments of the last two years — climate activists and young people will come out for the midterm elections with the same level of strength and enthusiasm. Saad Amer, a climate activist and the co-founder of the voting rights project Plus1Vote, says that many young people are becoming disillusioned and frustrated with the political process. “Voters are actively asking: ‘What is there for me?’” he said. “‘I marched for Black Lives Matter, why haven’t we passed the George Floyd Justice in Policing Act? I marched for climate justice, where is Build Back Better?’”

Still, Amer points out, protests and actions are continuing to happen, even if there is less media coverage and attention for them. “I know because I’m still organizing them,” he said.

Fisher, who has spent 20 years studying climate policy and social movements, is also disillusioned. In a recent paper, she argued that without a truly massive social movement — some political scientists have argued that it will take approximately 3.5 percent of a country’s population — it is unlikely that we will see more substantive action on climate change. The surge of activism over the past few years, she says, was substantial — but not nearly enough. “It’s really unfathomable to think that anything is going to change anytime soon,” she said. “Until something really motivates a huge critical mass of Americans.”

Will that happen? There are signs, perhaps. Heat waves, droughts, and wildfires are becoming increasingly impossible to ignore — even for Republicans in Congress. Living in the American West has become an unending series of weather disasters, some of which turn the sky orange and the landscape black. Even in the best case scenarios for climate change, the world will continue warming by at least another half of a degree Celsius. That will mean even more disasters, more protests, and more anger.

Many of the activists who devoted their lives to climate change for the past few years are tired and frustrated. “It’s definitely extremely demoralizing,” Mulholland said. “But the thing with climate change is that we just don’t have the luxury of giving up. As long as climate change continues being a problem, there will be young people who are pissed about it.”

This story was originally published by Grist with the headline Where have all the climate activists gone? on Jun 16, 2022. 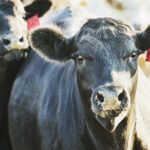 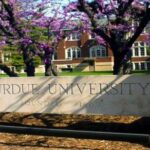