Every engineer dealing with circuits and systems soon learns the importance of “ground,” the mystical, semi-mysterious place with an infinite capacity to sink or source electrons. Depending on the situation, this ground may be a signal common for low-level voltages and currents, or it may be a power ground used for safety.

Whichever the case, connecting key circuit points to ground will solve many problems, at least in theory. Of course, the reality is that there are many times when connecting to ground is undesirable or even detrimental, and so we need to “unground” by breaking that ground connection or loop using signal isolators, “floating” connections, an isolation transformer, or other techniques.

The fact is that there are many types of grounds. Often, what’s casually referred to as ground is not a true Earth-connected ground, but instead is really a common connection point for return currents. Nonetheless, whether it is a true Earth ground or just a common connection path called ground, an inadequate ground connection — when the design calls for a solid one — can affect system performance and create a hazardous condition, or both.

That’s what Boeing found out a few months ago on its 737 MAX aircraft. This latest ground problem has nothing to do with its serious, and unfortunately fatal design and subsequent software flaw — as it is entirely an electrical-wiring story. Yes, this is the same aircraft that was pulled out for service for nearly two years after two crashes allegedly due to problems with Maneuvering Characteristics Augmentation System (MCAS) software. In that case, the MCAS application was “enhanced” to compensate for aerodynamic-stability issues which arose when larger engines were hung on the nacelles; and it implemented algorithms that used the inputs from a single attitude sensor as it tried to maintain the aircraft up/down angle.

The result of this electrical ground problem was the immediate grounding of dozens of 737 aircraft recently delivered and in use, along with many 737s that were parked and awaiting final sign-off. (It’s a peculiar twist of the English language that the word “grounding” can have two such different meanings, yet be linked together in this cause-and-effect scenario.)

The problem now was that these aircraft had problems with a ground connection to aircraft common which was “unmade” due to a small change in manufacturing procedures. The non-ground relates to the connection of the Standby Power Control Unit (SPCU) which controls the 737’s standby power system; this system provides 115 volts AC and 28 volts DC to essential aircraft systems in the event of a loss of all engine or auxiliary power unit-driven AC sources. That makes its operation vital to ensuring safe flight and necessary for delivering airworthy aircraft.

To get a better idea of what happened and perhaps why I checked the Federal Aviation Administration (FAA) website for the official information and statement on the nature of the problem. However, all I could find were vague, non-specific details. So, I checked reports in the media hoping to get more details and, not surprisingly, they differed, as you can see:

“The early 2019 production change at the root of Boeing’s current 737 MAX predicament involves a shift to drilling one set of holes instead of two when installing certain cockpit components, people familiar with the matter said. Previously, factory workers first drilled initial so-called pilot holes, primed and then drilled a second set of holes. The second set of holes stripped away the primer, allowing metal to touch metal and thus providing a protective “grounding path” for electrical current. By only drilling a single set of holes, the primer got in the way of that safeguard. The aim was to make the manufacturing process more efficient, some of the people said.”

“Boeing traced the SPCU problem to a production-line change implemented in early 2019 involving fasteners and a coating. The problem can interrupt electrical ground paths, preventing the SPCU, located behind the right-side pilot’s seat, from working as designed, one airline source with knowledge of the issue explained. It is not clear if the other grounding issues, which the airline source said are also concentrated around the flight deck, stem from the same changes.”

“The problem, according to two people with knowledge of the modified manufacturing process, arose when a backup electrical power control unit was secured to a rack on the flight deck with fasteners — in place of the rivets previously used. This change was executed in such a way that it did not provide a complete electrical grounding path to the unit. The lack of secure electrical grounding could potentially cause malfunctions in a variety of electrical systems, such as the engine anti-ice system and the auxiliary power unit (APU) in the plane’s tail. Boeing said it discovered the issue “on a production airplane during normal build activity” and that inspections are needed to verify “that a sufficient ground path exists” for this control unit.”

You can take your pick which of these reports have the details right (perhaps none of them do), but in the end, it may not matter. The point is that establishing and maintaining that ground connection is important if it is designed and intended to be there, even if it is not a true Earth ground. If you have even seen a high-current ground strap, you know how important a good ground should be, Figure 3.

Seemingly minor changes in mechanical assembly can reduce its integrity or even remove it entirely. That’s why well-known, safety-related tests are required including those for basic continuity, path resistance, high-potential insulation integrity, and leakage current (megohmmeter or megger), as well as others called out by the specialized standards of an industry or application.

The next time someone casually states “it’s just a minor production-related change,” you should very likely take the time to ask the basic question “is that really so?” and then insist on a substantive answer. Perhaps you can add this story of the Boeing 737 grounding problem and its aircraft-grounding consequence.

Related Content
AC Grounds: So Essential, Except When They’re Not

AC grounding: essential, dangerous, or both?

The post When Poor Grounding Leads to More Grounding appeared first on EETimes. 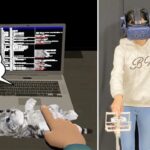 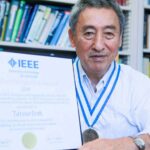 Pioneer of Microwave and Millimeter-Wave Electronics Dies at 80