What the midterm elections mean for the climate — so far

The midterm elections on Tuesday brought good news for climate voters, at least compared to expectations.

Early returns left control of Congress up in the air as of Wednesday afternoon but opened the door for action on climate change at the state level as Democrats outperformed expectations and won races for governor in Michigan, Kansas, and Oregon, among other states. Republicans were projected to make modest gains in the House of Representatives and still had a shot at retaking the Senate, but they were not poised to achieve majorities large enough to hamper President Joe Biden’s efforts to reduce the country’s carbon emissions.

And in a twist, climate action was an asset rather than a liability for Democratic candidates in swing states.

“Many Democrats talked about their clean energy investment and their clean energy leadership in the campaign,” said Jamal Raad, president of Evergreen Action, a climate change advocacy organization based in Washington state. “That really kind of sets us up to continue pushing forward into our energy future.”

Democrats showed surprising strength in the House of Representatives, with many incumbents fending off challenges from Republicans emboldened by high inflation, but the GOP was still favored to retake the chamber thanks to aggressive redistricting in states like Florida. The Senate, meanwhile, was on a knife’s edge, with races in Nevada and Georgia too close to call.

In the leadup to the election, Republicans had targeted dozens of competitive House seats in areas like the suburbs of Minneapolis and Raleigh, North Carolina. But the “red wave” that many pundits expected would usher in a wide Republican majority failed to materialize. Meanwhile, swing-state Democratic senators like New Hampshire’s Maggie Hassan and Colorado’s Michael Bennet cruised to reelection, and John Fetterman flipped a Senate seat in Pennsylvania, taking the worst-case scenarios off the table for the party. Republicans are now expected to end up controlling just a slim majority of seats in the House.

Despite the better-than-expected showing, it’s still likely that Democrats will lose their one-party control of Congress, and with it the ability to pass more major climate legislation. Biden and Congressional Democrats used their slim window of unified government to pass the Inflation Reduction Act, the first major piece of climate legislation in U.S. history, as well as two other major spending bills that funneled billions toward local governments and resilient infrastructure.

“We got the federal investments done with the Inflation Reduction Act,” Raad said. “Now we need strong standards in the most polluting sectors of the economy — clean electricity, clean buildings, and cars. And governors and the White House have immense authority to engage in that work.”

Even if Republicans retake both chambers, the Inflation Reduction Act is likely to endure. Some Republicans have said they want to repeal the legislation and other bills passed by the Democrats, but that would be challenging. Biden would be sure to veto any repeal bill the GOP does manage to pass, and the IRA’s tax credits will also provide an economic boon to red-state communities and blue-state communities alike — rolling them back would likely be unpopular.

Even so, a divided government will likely sink the other major planks of Biden’s domestic agenda, including expanding the social safety net and reforming the immigration system. Kevin McCarthy, the top House Republican, has said that he plans to use his new majority to restrict government spending and investigate Biden’s son Hunter. Negotiations over must-pass spending bills would likely be longer and more contentious for the remainder of Biden’s first term, much as they were in 2011 when Republicans squared off with President Barack Obama during negotiations over the debt ceiling. A Republican-controlled House might also try to impede the implementation of the Inflation Reduction Act: top GOP leaders who opposed the bill have said they plan to find the “next Solyndra,” referring to the failed solar cell manufacturer that received funding from Obama’s stimulus bill in 2009. Republicans could also try to stall the work of executive branch agencies like the Environmental Protection Agency and the Department of the Interior. The EPA  is finalizing a new rule to regulate methane emissions from oil and gas infrastructure, and Interior is working to auction off significant swathes of territory for offshore wind projects.

If Republicans also gain control of the Senate, the confirmation process for Biden’s judicial nominees and appointees will slow to a halt, leaving the federal courts with more vacancies. Republican-aligned groups have worked for decades to fill the courts with conservative judges who are likely to oppose climate action.

Although the path toward future climate action in Congress is sure to be difficult, Tuesday’s elections also saw Democrats shore up their power in a number of statehouses and governor’s mansions, victories that will likely allow for more ambitious legislation to cut carbon emissions at the state level. Climate-friendly Democrats defended governorships in the key purple states of Michigan, Wisconsin, and Pennsylvania, as well as in Oregon and Kansas.

In Maryland, Wes Moore, a Democrat, won the governor’s race to replace outgoing Republican Larry Hogan, who had opposed climate action measures from state lawmakers. Moore put climate action and environmental justice at the center of his campaign, calling for a new climate resilience office and an ambitious renewable-energy goal. Massachusetts voters elected Maura Healey, the state’s Democratic attorney general, who had filed a pathbreaking lawsuit against ExxonMobil that accused the company of misleading the public about climate science.

Maryland and Massachusetts “talked a good talk occasionally,” said Raad. “Now they can be leaders.”

The significance of state elections for climate policy was made plain last year when Republican Glenn Youngkin won an upset victory for governor in Virginia, defeating Democrat Ralph Northam. After taking office, Youngkin moved to disenroll Virginia from the Regional Greenhouse Gases Initiative, an interstate pact to cap and reduce emissions from power generation.

Advocates went one-for-two on ballot initiatives designed to raise money for climate action. Voters in New York state approved a bond issuance that will dedicate more than $4 billion toward adaptation and resilience measures, while voters in California shot down a measure that would have increased income taxes on high earners and used the proceeds to help consumers buy electric vehicles.

Although the outcome of the election was still unclear, Raad said the overall drift of the early results showed that climate change is no longer a drag on Democrats.

“In 2010 we saw perhaps over a billion dollars of attack ads across the country on a climate bill that didn’t even pass,” he said, referring to the Waxman-Markey cap-and-trade bill that stalled in the Senate during Obama’s first term. “You saw nothing like that this time.”

This story was originally published by Grist with the headline What the midterm elections mean for the climate — so far on Nov 9, 2022. 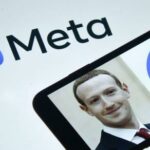 Are Meta’s Layoffs Hint of Problems in the Metaverse?