What is ‘fire weather,’ and why is it getting worse?

This story was originally published by Wired and is reproduced here as part of the Climate Desk collaboration.

California is famous for its beach weather, but it’s also growing increasingly infamous for its “fire weather,” which is when high temperatures, strong winds, and low humidity combine to prime the landscape to burn. It’s no accident that you’ve been hearing so much about wildfires in recent years: Thanks to climate change, fire weather is on the rise, a new analysis shows.

“It’s not just that it’s hot. It’s not just that it’s dry. It’s that all these conditions are happening at the same time,” says Kaitlyn Weber, a data analyst at Climate Central, a nonprofit news group that published the analysis. “There’s very clearly an increase in these fire weather days that’s been happening since the early 1970s across most of the western United States.”

Weber analyzed data from 225 weather stations from 17 western states going back to 1973, looking at temperature, humidity, and wind speeds, the three main variables that drive catastrophic fires. High temperatures and low humidity suck the moisture out of vegetation to create dry fuels, so one spark easily ignites a wildfire, which swift winds can then push across a landscape with incredible speed. The Camp Fire of 2018, for instance, moved so quickly that it overwhelmed the city of Paradise, killing 86 people, many in their cars trying to get out of town.

In the maps above, we can see the percentage change in annual days when these three variables exceeded the thresholds Weber used for her analysis. (Bluer colors mean fewer days, redder colors mean more days.) So with wind, for instance, that means speeds over 15 miles per hour, and for temperature it’s above 45 to 55 degrees Fahrenheit, depending on the season.

You’ll notice that the southwest, in particular, has gotten much hotter and drier — perhaps no surprise there. But at the same time, the region is seeing far more windy days, when an ignition is liable to turn into a speedy, intense blaze.

The map above visualizes when these three variables — temperature, humidity, and wind — combined to produce fire weather days, shown as percent change since 1973. All parts of Colorado have experienced at least 100 percent more fire weather days. Texas is looking gnarly, too, with the southern tip of the state seeing a 284 percent increase. And Central California is similarly troubled, with a 269 percent jump in fire weather days. “The Southwest was really coming out on top,” says Weber. “We’re even seeing some parts of Oklahoma and Kansas, some of these places where we don’t traditionally think of fires.”

But if you’re wondering why we don’t often hear about catastrophic fires in the plains states like we do in California, Oregon, and Colorado, that’s because “fire weather” just means the conditions are right for a blaze — it doesn’t mean they necessarily happen. “We’re not talking about the ignition of fires,” says Weber. “We’re talking about the number of days per year that the weather elements have primed the landscape for these high-risk fires that are really more dangerous to fight, and really more difficult to fight.”

Atmospheric conditions aren’t the only variables that exacerbate the likelihood of wildfires. Land management decisions in California and Oregon, for instance, play a role. These coastal regions are covered in forests that once regularly burned in a healthy way: Lightning would spark a relatively small fire that chewed through brush, clearing way for new growth but leaving many mature trees alive. Historically, Native Americans also set purposeful fires to strategically reset ecosystems. The landscape burned a lot, but that also meant it burned less intensely, since flammable brush didn’t have a chance to pile up between burns.

But in the past century or so, land managers have taken the opposite approach: fire suppression, or immediately putting out anything that might encroach on residential areas. That’s allowed the buildup of dry vegetation — more fuel. And with more human communities living in the “wildland-urban interface,” where the forest meets towns, people are also setting more accidental fires, whether from a cigarette butt thrown out a window or electrical infrastructure malfunctioning.

This is part of the reason fires are so much more catastrophic in California than in Kansas or Oklahoma: There’s just way more forest with way more accumulated fuel, and way more people living in harm’s way. To adapt, land managers in western states need to do more controlled burns, which will do the brush-clearing work that frequent, smaller wildfires used to do.

Climate change has also forced some seemingly contradictory seasonal changes. Because a warmer atmosphere holds more water, the amount of precipitation may actually increase in the future, while the length of the wet season is shrinking. In California, rains typically arrive in October and last until March. Now they are coming later in the year. “The dry season will expand into the normal wet season,” says climate scientist Ruby Leung, of the Pacific Northwest National Laboratory. “When we look at climate models projecting into the future, the fire season will become longer.”

Firefighters are already seeing this happen. California used to get its biggest blazes in the autumn, right before the seasonal rains arrived, when the landscape was extra parched from half a year without water. This coincided with ferocious seasonal winds that would drive huge wildfires. But now, because the rainy season is so short and the landscape has more of the year to dry out, fire season comes even earlier. “What we are seeing more consistently and more regularly is the fact that these fires are growing larger and larger, sooner than they typically would have in the past,” Issac Sanchez, battalion chief of communications for the California Department of Forestry and Fire Protection, told Wired earlier this month. “So when August rolls around, late July rolls around, we’re seeing these dry conditions that are absolutely a result of climate change.”

Oregon, too, has had increasingly catastrophic wildfires of late, driven by the relentless increase in fire weather days. And Weber thinks things will only get worse until we slow global warming. “I think we can definitely expect fire weather days to increase as the climate continues to warm,” she says. “No matter what we do, there is no easy way out of this. We should just call it for what it is: There’s no substitute for reducing our emissions, and that’s really the name of the game.”

This story was originally published by Grist with the headline What is ‘fire weather,’ and why is it getting worse? on Sep 24, 2021. 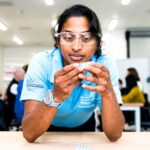 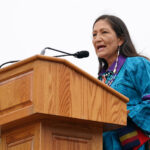