War in Ukraine: We Need to Talk About Fossil Fuels

Nobody should be surprised that the man who called the unraveling of the Soviet Union “the greatest geopolitical tragedy of the 20th century” has been trying to reverse history. He took the first step in Crimea in 2014, and in the early morning hours of 24 February he ordered a large-scale invasion of Ukraine. This war will have many long-term consequences, but possibly none more important than its effects on the future of the European energy supply.

At the time of this writing, four days after the start of the invasion, many outcomes are possible. Russia might even become, miraculously and temporarily, less intransigent, and Europe might then welcome status quo ante bellum. A very different outcome seems much more likely, though, as the European Union scrambles to reduce its dependence on Russian imports.

This will be harder and more painful than most people realize. Economically punishing Russia is difficult to do, for a variety of reasons. One is that the road to new energy realities in Europe will be long, rough, and twisty. Russia’s energy resources are enormous and Europe’s dependence on them is deep and pervasive. Rapid severing of Europe’s Russian supplies would create an unprecedented economic and existential emergency on the continent.

Over the years, there have been brief supply interruptions and price swings, but nothing like what’s going on now.

Such an economy could be largely self contained—the technical term is autarkic—as indeed it was during the Soviet era. But Russia now has a huge ally in the world’s largest economy, China. A communiqué issued after the high-profile Putin–Xi meeting at the Beijing Olympics declared that “friendship between the two states has no limits.”

All of this helps explain why, though sanctions aimed at prominent Russian individuals are merely symbolic, those targeting major banks are serious—and why there has been only a single direct move against Russia’s energy sector: the cancellation of the Nord Stream 2 gas pipeline. At the same time, though, Russian energy has been buffeted by announcements from major Western petroleum companies that they’ll extricate themselves from Russia, with whom they’ve been doing business for decades. On 28 February, British Petroleum announced it would divest itself of its nearly 20 percent share of Rosneft, Russia’s state oil company. Shell quickly chimed in to say it would sell off its 26.5 percent stake in the enormous Sakhalin-2 oil and gas development. (That left Exxon, as February drew to a close, as a holdout, with its 30 percent stake in Sakhalin-1.)

Even the exclusion of key Russian banks from the vast SWIFT system of secure financial messaging, on 27 February, came with a notable exception. Transactions related to the trade of energy are excluded. Europe still has to pay for its energy or face a disastrous cutoff.

But what about the mothballing of the Nord Stream 2 pipeline? The pipeline had been completed at a cost of €9.5 billion but was not yet in operation when the German chancellor, Olaf Scholz, halted certification of the project on 22 February. Though the move seems a punishing blow—Russia stood to earn around €2.7 billion annually from Nord Stream 2—in early February Gazprom had already secured an alternative. It plans to double, by 2025, its pipeline capacity for exports to China.

So how did Europe become addicted to Russian fossil fuels, particularly natural gas? The continent was mostly powered by locally mined coal until the 1950s, when imports of cheap Middle Eastern oil started transforming the energy picture. In 1959 the Dutch discovered a giant natural gas field in Groningen; in 1965 came the discovery of natural gas in the North Sea, soon followed by the first productive oil well. Dutch gas production peaked in 1976, but extraction of the North Sea hydrocarbons kept on rising: By the end of the 20th century the United Kingdom was producing more oil than Canada, and Norway nearly as much as China. European gas supplied three-fifths of the continent’s demand.

Since 2001, though, only the Norwegian gas output has kept on growing. In 2010 European natural-gas production covered half of all consumption, but by 2020 that share was down to 40 percent. Consumption of E.U.-produced fuels was further reduced by an accelerated shift away from coal, which in 2020 was down to 11 percent of primary supply, from 18 percent in 2000. Another factor was Germany’s rigid opposition, starting with laws enacted in 2011, to all forms of nuclear power.

Thus the stage was set for a rise in Russian imports. Starting in the 1960s but accelerating in the 1970s, Europe began overcoming sporadic hydrocarbon shortfalls by means of a series of large-diameter oil and gas pipelines, including the world’s longest, originating in Western Siberia. Europe’s oil imports have always been somewhat more diversified, and in 2020 less than 30 percent of those imports came from Russia.

The main component of Europe’s response to Russia’s Ukraine invasion is a pledge to cut fossil fuel use by 40 percent by 2030. . . . But the room for rapid changes is limited.

When Europe first began to import Russian gas it seemed the obvious choice. The main alternative, liquefied natural gas delivered by ship, was far more expensive, as was gas delivered by pipelines from North Africa. In comparison, Soviet (Russian) gas was available in huge volumes, and it came from some of the world’s largest reservoirs, guaranteeing reliable long-term deliveries.

Natural gas first came through the Ukraine Transit pipeline (with branches to Poland, Slovakia, Hungary, and Romania) lines, then through the Yamal line (via Poland) and later also via Nord Stream 1 (under the Baltic Sea to Germany) and the Turkstream pipeline, under the Black Sea.

About 60 percent of Europe’s total primary energy consumption is now imported, and the E.U. is the world’s largest natural-gas importer. In 2020 it bought three quarters of all Russian pipelined gas exports. That year, 85 percent of Europe’s pipeline gas imports came from Russia; most of the rest came from Norway. In recent years Russia has been the source of about 40 percent of the E.U.’s natural gas, the fuel that provides a quarter of the bloc’s primary energy.

Over the years, there have been brief supply interruptions and price swings, but nothing like what’s going on now. During 2021, a resurgence of global demand pushed gas prices in Europe to unprecedented highs: They began to rise in March 2021, and by the year’s end they were more than 10 times as high as at its beginning. These price increases were driven in part by a drop in wind-generated energy, the leading form of renewable energy on the European continent. The drop was steep enough to force Germany to produce more electricity from coal than from wind in 2021.

For decades to come, Europe will need many forms of energy, including crude oil and natural gas. Accelerated development of renewable electricity generation is far from the point where such sources could provide most of the electricity needed by industries, electrified railways, and households. Renewable resources like wind and solar are inherently intermittent, and increased reliance on them will require enormous expansion of HV interconnections, longer-term storage capacities, and production of storable “green” hydrogen. Even then, there are several industrial sectors as well as aviation and shipping that won’t be electrified in the near future.

Regardless, the E.U. is determined to double down on renewables: The main component of Europe’s response to Russia’s Ukraine invasion is a pledge to cut fossil fuel use by 40 percent by 2030. But during the same number of years, between 2012 and 2020, the E.U. managed to reduce the share of fossil fuels in its primary energy consumption from 76 percent to 71 percent. What are the chances that during the next eight years it will cut the share from 70 percent to about 42 percent?

As is always the case with complex, mass-scale systems, the room for rapid changes is limited. Norwegian gas already flows at its maximum, the volume of additional LNG imports by ship from the United States or Qatar is limited by the existing liquefaction and receiving facilities, and so are the opportunities for replacing gas with plentiful, but now also expensive, OPEC oil.

Nevertheless, in the near-term, Europe’s energy-supply picture is not bleak. The heating season is nearly over, emergency-sharing arrangements could ease the shortages, backup supplies can be replenished in summer, and OPEC can raise its oil output. But at this point it’s impossible to predict how long it will take for the E.U. to free itself of Russia’s oil and gas. Creating the dependence took decades. Erasing it will not be done in years. 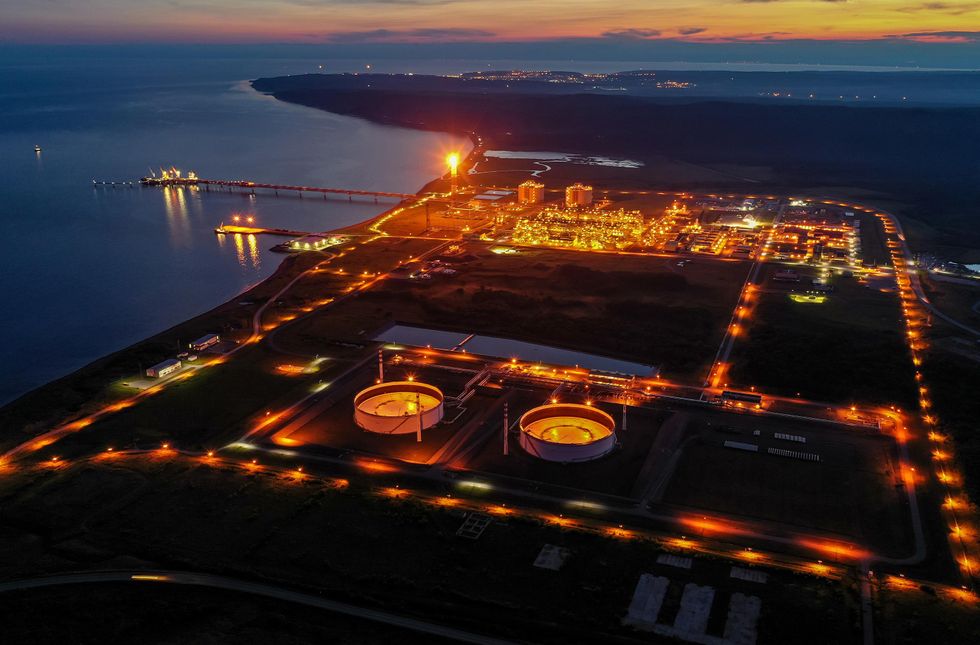 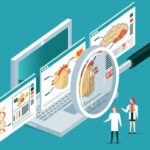