Walk around the factory of the future

When companies announce a new smartphone release, people are quick to upgrade, in fear of their technology becoming outdated.

The need for the latest technology is also visible in the manufacturing sector as those working within it look to improve efficiency through Industry 4.0.

Industry experts predicted that Industry 4.0 would connect the physical world to the digital. To bring these two together, manufacturers developed smarter, better connected machines which use big data, machine-to-machine communication and machine learning to optimise productivity.

Industry 4.0 is not a new concept, however it has increased in popularity over recent years as new technologies become cheaper and more accessible, allowing smaller manufacturers to follow in the footsteps of larger firms. One innovation to come out of Industry 4.0 is digital twinning.

What is digital twinning?

Digital twinning is the mapping of a physical asset to a digital platform where it can be used for various purposes.

The digital twin uses data from sensors located on the physical asset to analyse its efficiency, working condition and real-time status.

Manufacturers program the models with decentralised decision-making that learns from data to provide suggestions and make decisions with the aim of streamlining production.

Machines can collect information throughout their lifetime to simulate processes for future advancements, resolving reductions in productivity and precision.

Plant managers can analyse data collected by digital twining to predict breakdowns before they happen and report them to operators to save money and time during production.

Before the faults occur, businesses can order parts from companies that source automation components, reducing the risk of downtime caused by broken machinery.

Historically, designers had little opportunity to test and amend their prototypes, however digital twinning allows manufacturers to edit a virtual prototype throughout the production process. After analysing simulations, the final construction is more efficient, which reduces development time and costs.

General Electric (GE) is a company that relies on digital twinning to build and maintain its wind farms. Virtual models allow engineers to monitor and control the turbines, identifying problems before they occur.

Its virtual plant contains an energy forecasting application that integrates with the twins and predicts power outputs. The digital turbines control their physical twins allowing them to adapt to environmental conditions. This reduces forecast-to-actual deviation penalties and increases annual power generation.

The benefits of digital twinning are being reaped across sectors such as pharmaceuticals and oil and gas.

This is predicted to increase in a report released by Orbis Research, which suggests that by 2022 up to 85% of all Internet of Things (IoT) platforms will contain some form of digital twinning.

The technology has boosted productivity in manufacturing by providing real-time production data, allowing businesses to remain competitive and meet customer demand, which means companies don’t have to worry about their technology becoming outdated. 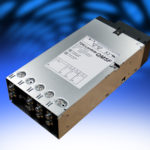