The concrete world that surrounds us owes its shape and durability to chemical reactions that start when ordinary Portland cement is mixed with water. Now, MIT scientists have demonstrated a way to watch these reactions under real-world conditions, an advance that may help researchers find ways to make concrete more sustainable.

The study is a “Brothers Lumière moment for concrete science,” said co-author Franz-Josef Ulm, professor of civil and environmental engineering and faculty director of the MIT Concrete Sustainability Hub, referring to the two brothers who ushered in the era of projected films. Likewise, Ulm says, the MIT team has provided a glimpse of early-stage cement hydration that is like cinema in Technicolor compared to the black and white photos of earlier research.

Cement in concrete contributes about 8% of the world’s total carbon dioxide emissions, rivaling the emissions produced by most individual countries. With a better understanding of cement chemistry, scientists could potentially “alter production or change ingredients so that concrete has less of an impact on emissions, or add ingredients that are capable of actively absorbing carbon dioxide,” says Admir Masic, associate professor of civil and environmental engineering. 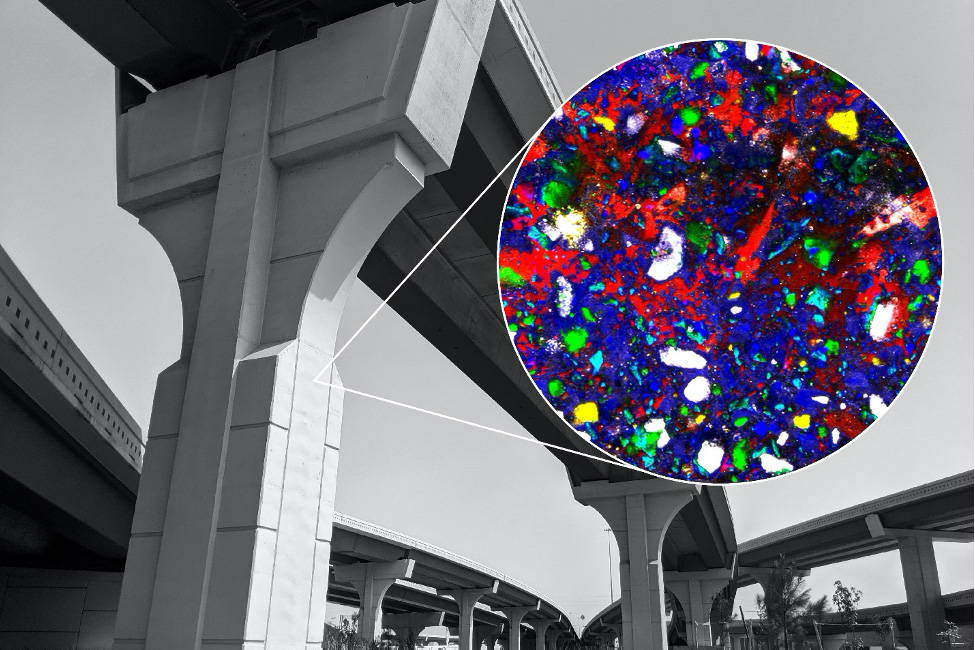 Cement from the start

Loh and colleagues used a technique called Raman microspectroscopy to get a closer look at the specific and dynamic chemical reactions taking place when water and cement mix. Raman spectroscopy creates images by shining a high-intensity laser light on material and measuring the intensities and wavelengths of the light as it is scattered by the molecules that make up the material.

Different molecules and molecular bonds have their own unique scattering “fingerprints,” so the technique can be used to create chemical images of molecular structures and dynamic chemical reactions inside a material. Raman spectroscopy is often used to characterize biological and archaeological materials, as Masic has done in previous studies of nacre and other biomineralized materials and ancient Roman concretes.

Using Raman microspectroscopy, the MIT scientists observed a sample of ordinary Portland cement placed underwater without disturbing it or artificially stopping the hydration process, mimicking the real-world conditions of concrete use. In general, one of the hydration products, called portlandite, starts as a disordered phase, percolates throughout the material, and then crystallizes, the research team concluded.

Before this, “Scientists could only study cement hydration with average bulk properties or with a snapshot of one point in time,” Loh said, “but this allowed us to observe all the changes almost continuously and improved the resolution of our image in space and time.”

For instance, calcium-silicate-hydrate, or C-S-H, is the main binding ingredient in cement that holds concrete together, “but it’s very difficult to detect because of its amorphous nature,” Loh explains. “Seeing its structure, distribution, and how it developed during the curing process was something that was amazing to watch.” 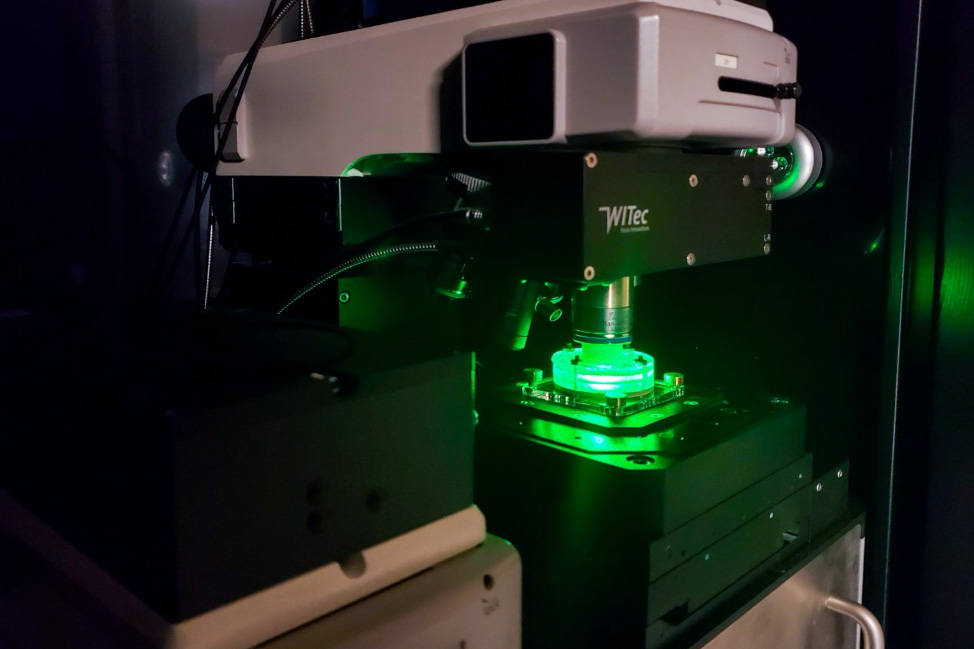 Ulm said the work will guide researchers as they experiment with new additives and other methods to reduce concrete’s greenhouse gas emissions: “Rather than ‘fishing in the dark,’” we are now able to rationalize through this new approach how reactions occur or do not occur, and intervene chemically.”

The team will use Raman spectroscopy as they spend the summer testing how well different cementitious materials capture carbon dioxide, Masic said. “Tracking this up to now has been almost impossible, but now we have the opportunity to follow carbonation in cementitious materials that helps us understand where the carbon dioxide goes, which phases are formed, and how to change them in order to potentially use concrete as a carbon sink.”

The imaging is also critical for Loh’s work with 3D concrete printing, which depends on extruding concrete layers in a precisely measured and coordinated process, during which the liquid slurry turns into solid concrete.

“Knowing when the concrete is going to set is the most critical question that everyone is trying to understand” in the industry, he said. “We do a lot of trial and error to optimize a design. But monitoring the underlying chemistry in space and time is critical, and this science-enabled innovation will impact the concrete printing capabilities of the construction industry.” 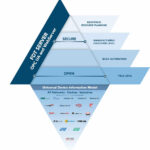 The Path to the Electronics Graveyard