Olivia and Orsino. Gatsby and Daisy. Peppermint Pattie and Charlie Brown. Another tale of love unrequited (at least so far) is playing out in the test & measurement segment, where Viavi has spent the last six months pursuing Exfo, only to be frustrated again and again. Earlier this week, Viavi nearly doubled its original bid and offered $8.00 a share for Exfo, only to see its offer — once again — spurned.

Exfo co-founder Germain Lamonde directly or indirectly controls over 60 percent of Exfo’s stock and repeatedly stated his disinterest in selling out to anybody at all.

To underscore his point, in early June, Lamonde made public his intention to take Exfo private, at $6.00 a share.

Viavi interpreted that as encouragement, and returned with a bid of $7.50 a share, addressing its offer to Exfo’s board. That price, by the way, would value Exfo at about $430 million.

Lamonde again said no, making it clear that his shares are not for sale.

As definitive a turndown as that would seem, it instead prompted Viavi to make its latest offer of $8.00 a share, with the company again trying to directly entice Exfo’s board. Viavi cited the business strength that Exfo reported in its most recent quarter, argued that those results clearly indicate that $6.00 a share undervalues the company, and insisted that the combined entity would be a stronger competitor.

Lamonde simply will not talk with Viavi. Viavi insists that it’s latest offer is so superior, Exfo’s board must — at the very least — compel Lamonde to discuss it.

Lamonde is having none of it. In the duel of press releases, Lamonde wrote,

…for the fourth time, I make it crystal clear to Viavi and to my board of directors at Exfo that as controlling shareholder of Exfo, I would not consider any transaction with Viavi, or any other change of control transaction. Viavi knew full well I would reject any new non-binding, non-executable tentative proposal, which in my view is only intended to create distortion in the current go-private process and is simply aimed at eliminating Viavi’s main competitor – it is clearly not in the best interest of Viavi and Exfo customers as they would end up paying much higher prices for the products we sell, having less services and no longer benefit from Exfo’s incredible innovation engine.

Viavi’s contention is that the two companies together would be stronger than either alone. Neither Viavi nor Exfo have been cited on any Top 5 lists of T&M companies, though both are commonly included in top 10 lists. A merger could very well vault them into the upper echelon of T&M providers.

Looking at product lines alone, Lamonde’s contention that Viavi is looking to eliminate a competitor is credible enough to be considered. The question may depend on the respective customer bases of the two companies. 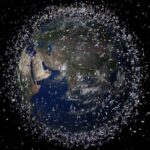