As the complex challenges of replacing human drivers with machine drivers have become increasingly understood, so the focus of traditional automakers has diverted from autonomous driving at Level 4 to driver monitoring and assistance technology broadly covering Levels 0 to 2. It is simply easier, faster and cheaper to make human drivers safer drivers than to replace humans as drivers.

Readers of EE Times may be familiar with The Autonocast, a podcast which discusses issues related to automotive technology and AVs. A recent episode called “JJRicks Rides With Waymo” featured Joel Johnson f(a vlogger who records his rides in Waymo’s fully driverless robotaxis around Chandler, Ariz.) discussing the now famous video of a Waymo bamboozled by a traffic cone.

During the discussion Johnson presented his estimate of the size of Waymo’s fully driverless fleet operating around Chandler to be between 15 and 30 vehicles. For all the promises from Waymo and the robotaxi industry to “save lives” the reality is that fully driverless technology remains firmly in its infancy, as we’ve been reporting here in EE Times long enough for the idea to have finally reached The Wall Street Journal: “Self-Driving Cars Could Be Decades Away.”

Some automakers are better prepared than others for the regulations now emerging around vision-based driver monitoring systems (DMS), so in this article I present my assessment of what I see happening with DMS design wins. With almost every relationship firmly under NDA, these are therefore my guesses based on detective work and at least some  specific conclusions are apt turn out wrong. However, we can still identify the leaders and laggards.

This piece is not intended to be all-encompassing and it broadly summarizes the most important developments covering Seeing Machines and Smart Eye, which I rate as the two clear leaders. Other DMS suppliers include Cipia, Jungo, Mitsubishi and Xperi. Also, I have discounted DMS design wins covering Audi, Geely, Jaguar Land Rover and Porsche, which are now so late going to production that I conclude they are canceled.

Super Cruise debuted in 2017 on the Cadillac CT6 and GM has announced that availability is to be expanded to 22 vehicles by 2023.

Driving Assistant Professional debuted on the 2019 BMW X5 and features DMS from Smart Eye, almost certainly with Aptiv as tier 1. My assumption is that the DMS software runs on the same Nvidia processor as BMW’s iDrive.

BMW has since expanded availability of Driving Assistant Professional to other models including the 3-, 5-, 6-, 7- and 8-Series, X6, X7, M5 and M8. However, production looks set to be phased out with the forthcoming introduction of BMW’s iDrive 8.

Details are scant, but BMW’s iDrive 8 looks like the first integration of an automated driving system with the infotainment system and is set to debut this year on the recently announced BMW iX and i4 models. The automated driving functions are based on Mobileye’s EyeQ5 processor with Aptiv as tier 1. On the infotainment side my assessment is that BMW has designed-out both Nvidia’s processor and Smart Eye’s DMS in favor of Qualcomm’s third-generation cockpit applications processor running a highly customized version of the Seeing Machines embedded driver monitoring engine (e-DME)

No information is available regarding the tier 1 for the infotainment side of iDrive 8, but I would estimate suppliers such as Garmin, Harman and Visteon to be the most likely based on existing relationships. iDrive 8 looks to be a significant advance on its predecessor and we will know more as the iX and i4 go into production, scheduled for early in 2022.

Hyperscreen was announced at CES in January and this is the most challenging of the DMS design wins to untangle and the one I am least certain of. My best guess is that this is a program which started around 2015 with Nvidia and Cerence to develop a state-of-the-art user interface featuring face and eye tracking software from Smart Eye.

However, something seems to have happened during product development which resulted in Seeing Machines joining the program sometime in 2017. One possible conclusion could be that the Nvidia, Cerence and Smart Eye design passed technical qualifications for the in-cabin user interface, but wasn’t sufficiently robust for automated driving functions. My conclusion is there are probably two independent driver monitoring systems present here.

Mercedes has announced a move to a unified centralized compute architecture based on Nvidia’s Orin for the entire model lineup from 2024. This is likely to bring together the automated driving and infotainment functions in a manner similar to BMW’s iDrive 8. Mercedes has almost certainly already issued an RFQ (request for quote) for the DMS for this new compute platform, the outcome of which is likely to become clear sometime in the next six months.

Similar to Super Cruise, BlueCruise is a “hands-free” highway assist system and has so far been announced for the F-150, Mustang Mach-E and Ford Evos. Based on this announcement, my assessment is that Seeing Machines provides the DMS for BlueCruise, using its automotive-qualified Fovio processor which is a variant of the Xilinx Zynq-7000 FPGA, with Veoneer as tier 1.

Ford’s BlueCruise is set to be activated by an over-the-air (OTA) update later this year, which is somewhat unconventional. My assessment is that Ford may be in the final stages of testing the latest and most sophisticated version of the Seeing Machines driver monitoring software, which uses a neural processing unit (NPU) called Occula, that can be downloaded via OTA onto the Xilinx FPGA-based Fovio processor.

Although this is a highly speculative assumption, it would immediately catapult Ford straight into the technology lead for DMS and provide it with some very high-profile PR opportunities to compare BlueCruise’s safety performance with Tesla’s Autopilot. This is a very exciting prospect and we should know more later this year.

Stellantis has announced that its Jeep brand will offer a hands-free driving assist feature called “Active Driving Assist” on the 2022 Wagoneer and Grand Wagoneer. Veoneer is known to be the tier 1 supplying this system and my assumption is that the DMS is supplied by Seeing Machines based on this announcement from 2019.

Hyundai’s Genesis brand has introduced Forward Attention Warning (FAW) to the 2021 G80 and GV80 models as shown in this video, which includes a warning that “It is the driver’s responsibility to remain alert at all times.” I find this statement bizarre since detecting and mitigating driver distraction is the primary role of an effective DMS.

My assessment, based on this announcement, is that the DMS for FAW is provided by Smart Eye, probably with Hyundai Mobis as the tier 1. Hyundai has announced it will adopt Nvidia processors for in-vehicle infotainment (IVI) in all of its Hyundai, Kia and Genesis models from 2022. My assumption therefore is that this will lead to a further announcement regarding the DMS vendor, with Smart Eye and Seeing Machines the obvious candidates.

Volvo’s Highway Pilot looks set to enter production in 2022 on the flagship XC90 model, with the Scalable Product Architecture 2 (SPA2) platform set to be rolled out to all Volvo models in subsequent years. Volvo has recently announced further details of the SPA2 platform, which is now set to use both the Xavier and Orin processors from Nvidia. My assessment is that SPA2 is likely to be a win for Aptiv, with DMS software provided by Smart Eye.

In May it was announced that Toyota has appointed ZF as tier 1 to develop an Advanced Driver Assistance Systems (ADAS) for use in multiple vehicle platforms starting “in the next few years,” using Mobileye’s EyeQ4 processor.

Considering the established relationship between Qualcomm and Seeing Machines, my assessment is that Toyota is most likely to partner with Seeing Machines to supply the DMS. This assumption is speculative, but we are likely to know more in the coming months.

Tesla is reported to have activated the cabin camera in the Model 3 and Model Y to provide rudimentary monitoring of the driver. Since the system lacks IR illumination, the performance of the camera is severely limited in low light and in the dark. My assessment is that Tesla developed its driver monitoring algorithms in-house.

Tesla’s plans to deploy safety-grade DMS are impossible to predict since the decision is almost solely dependent on Elon Musk. However, with only four models currently in the line-up Tesla could easily decide to integrate a product such as Magna’s occupant monitoring mirror and steal a march (and all the PR and safty headlines) on every other automaker by announcing state-of-the-art DMS as standard fit across its entire portfolio. That would be quite a development in the market.

With the information currently available, I rank BMW and Ford in joint first place for DMS technology, with Tesla running dead last using a system that cannot even see in the dark. The analysis also suggests that Nvidia, Qualcomm and Xilinx are well set to be the leading suppliers of processors for DMS. 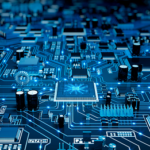 SambaNova CEO: Pre- to Post-AI Transition Will Be ‘Bigger Than the Internet’