Late last week, the U.S. House of Representatives passed legislation to mandate federal research on a radically ‘retro’ approach to protect power grids from cyber attack: unplugging or otherwise isolating the most critical equipment from grid operators’ digital control systems. Angus King, an independent senator from Maine whose identical bill passed the Senate last month, says such a managed retreat from networked controls may be required to thwart the grid’s most sophisticated online adversaries.

Grid cyber experts say the Securing Energy Infrastructure Act moving through Congress is a particular testament to Michael Assante, a gifted and passionate cybersecurity expert who died earlier this month from leukaemia at the age of 48. “If you were to point to just one person as the primary driver, it would have to be Michael,” says colleague Andrew Bochman, senior cyber and energy security strategist at Idaho National Laboratory (INL). Senator King recently told The Washington Post that research at INL kicked-off by Assante had inspired the bill. 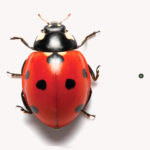 MicroLED Displays Could Show Up in Products as Soon as 2020 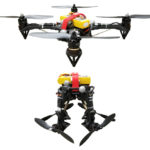