United’s supersonic planes would be a ‘massively polluting’ disaster

The era of supersonic flights supposedly ended nearly two decades ago. The Concorde — a 100-passenger jet that could cruise at 1,300 miles an hour and reach London from New York in a mere three and a half hours — made its swan song flight on October 24, 2004. In 27 years in service, it struggled to turn a profit and faced rising safety concerns after a devastating crash in 2000. Since then, airline passengers have had to cruise along at decidedly subsonic speeds.

Now, United Airlines wants to put extra-fast travel back into the atmosphere. The fourth-largest U.S. airline announced last week that it had reached an agreement with the Colorado-based startup Boom Supersonic to purchase 15 faster-than-sound planes, slated to zip passengers across the world starting in 2029. The skinny, pencil-like jets — which Boom has musically dubbed “Overtures” — are expected to carry 65 to 88 passengers, fly at 1,300 miles per hour and transport some of the world’s richest from New York to London for a quick lunch meeting.

And, barring an incredible technological breakthrough, they will also be terrible for the planet.

If flying is bad for the climate, flying fast is worse: New supersonic planes are likely to burn 5 to 7 times more fuel than traditional, slower-than-sound planes, according to modeling from the International Council on Clean Transportation, or ICCT. If they use the fuels of today, that would mean 5 to 7 times the carbon emissions to cover the same distance. On top of that, Boom’s Overtures are slated to soar at 60,000 feet, almost twice as high as the standard cruising altitude of a subsonic plane, which means that its pollutants — including nitrogen oxides that deplete the ozone layer — will stay in the atmosphere longer. All that to shave a few hours off a long flight.

“It’s the most obnoxious dunk on the global climate,” said Dan Rutherford, the director of aviation and marine programs at the ICCT. “If you use today’s fuels it’s massively polluting.”

Even without supersonic jets, aviation isn’t great for a steadily warming world. (That’s why the Swedish have a word for “flight shame” [flygskam] and why Greta Thunberg once traveled from Europe to the United States in a sailboat.) Today, airplanes are responsible for about 2.5 percent of the world’s carbon emissions; they also spit pollutants into the upper atmosphere that compound global temperature rise. A single transatlantic flight can have a larger carbon footprint than residents of many countries have in an entire year.

But both Boom and United have claimed that the new planes will be “net-zero” — that is, they won’t release any new carbon into the atmosphere. The plan is to run the supersonics on sustainable aviation fuel, which can be made of cooking oil and solid waste or synthetically cooked up in a lab. But at the moment, there simply isn’t enough sustainable aviation fuel to go around, and what little there is is prohibitively expensive, costing around three to four times more than conventional fuels. As of 2019, only 0.1 percent of the world’s jet fuel was considered sustainable. According to Rutherford, the amount of sustainable fuel required for the 15 supersonics United ordered would be twice the current supply of synthetic fuels available in the entire European Union.

“This is unicorn juice,” said Richard Aboulafia, vice president of the aviation analysis firm Teal Group. Supersonics, he explained, require so much power that when there is enough cheap, sustainable fuel to fly them, all other planes will almost by definition have to be decarbonized as well. “All our problems will be solved!” he joked.

In response to a request for comment, a Boom spokesperson said that the company is investing in fuel-efficiency improvements for the new plane. “Boom is highly optimistic about SAF [sustainable aviation fuel] supply in eight years when Overture is slated to carry passengers,” the spokesperson added.

Many experts suspect that the Boom jets will never be commercially viable. As of May 2021, Boom had raised $270 million, a far cry from the roughly $20 billion Aboulafia says is necessary to build a functioning airplane manufacturer. (Earlier this year, Aerion Supersonic, another start-up, unexpectedly shut down, citing “large new capital requirements.”) Supersonic jets are also small and unlikely to be able to cross the Pacific Ocean in one shot; even flying from San Francisco to Japan, for example, would require a refueling stop. Then there’s the cost: Finding 90 people willing to pay through the nose for a 50-percent shorter flight isn’t guaranteed, particularly on the whopping 500 routes Boom CEO Blake Scholl envisions. Air France and British Airways, which offered transatlantic service on the Concorde, struggled to sell tickets at $9,000 apiece.

Even if the jets don’t succeed, there is another downside to the supersonics fad. The International Civil Aviation Organization, or ICAO, which is the de facto regulator for international flights, is currently working on setting emissions and environmental standards for supersonic flights. That process, Rutherford says, could block or slow down the development of better rules for existing, subsonic flights. ICAO only sets one environmental standard at a time, and each one takes three to four years to complete. (Experts consider the existing CO2 standards for subsonic airplanes woefully inadequate.) If the organization starts to focus on supersonics instead, the industry could lose precious years to address regular aviation’s sky-high emissions.

Yes, it would be great to fly to Paris for croissants and be back in time to sleep in your own bed — but it would also be great not to burn up the planet. At the moment, it’s not possible to have both.

This piece has been updated.

This story was originally published by Grist with the headline United’s supersonic planes would be a ‘massively polluting’ disaster on Jun 11, 2021.

Report: Climate action is a double-edged sword for nature 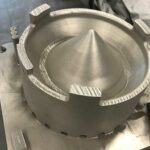