United Airlines will purchase of 270 new Boeing and Airbus aircraft – the largest combined order in the airline’s history and the biggest by an individual carrier in the last decade. The agreement has a value of more than $30 billion at list prices.

United’s aircraft order – 50 737 MAX 8s, 150 737 MAX 10s, and 70 A321neos – will come with a new signature interior that includes seat-back entertainment in every seat, larger overhead bins for every passenger’s carry-on bag, and the industry’s fastest available in-flight WiFi, as well as a bright look-and-feel with LED lighting. The airline expects to fly the first 737 MAX 8 with the signature interior this summer and to begin flying the 737 MAX 10 and the Airbus A321neo in early 2023. United also intends to upgrade 100% of its mainline, narrow-body fleet to these standards by 2025.

The purchase increases United’s order book for the Boeing 737 MAX single-aisle family to 380 airplanes, including 30 that have been delivered. The agreement also includes the purchase of Boeing 737 MAX training simulator data packages to support United’s pilot training programs.

United is the launch customer for the 737-10, which seats up to 230 passengers in a single-class configuration and can cover 99% of single-aisle routes, including routes served by 757s.

For Airbus, the new order complements existing orders from United for 50 A321XLR aircraft, bringing the total commitment from the airline to 120 A321 aircraft.

A significant number of the newly ordered aircraft will be produced at the Airbus U.S. Manufacturing Facility in Mobile, Alabama. All of Boeing’s 737 MAX aircraft are designed and built in Renton, Washington.

The United Next plan is expected to create approximately 25,000 well-paying, unionized jobs by 2026, which the airline expects will boost the U.S. economy an estimated $50 billion annually directly and indirectly.

United CEO Scott Kirby said, “We expect the addition of these new aircraft will have a significant economic impact on the communities we serve in terms of job creation, traveler spending, and commerce.”

Adding the new 737 MAX and Airbus A321neo aircraft lets United replace older, smaller mainline jets and at least 200 single-class regional jets with larger aircraft, which the airline expects will lead to an 11% overall improvement in fuel efficiency and 17% to 20% lower carbon emission per seat compared to older planes. 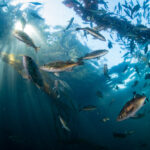