The International Civil Aviation Organization, a United Nations agency known by the abbreviation ICAO that represents 193 member states, announced the new goal at the conclusion of its triennial summit in Montreal, Canada. The result of almost a decade of negotiations, the non-binding target that the agency called a “long-term aspirational goal” asks countries to reach net-zero emissions from cross-border air travel by 2050.

The pledge fills a major hole left by the 2015 climate summit that resulted in the Paris Agreement, where signatory countries pledged to reduce emissions within their own borders but stopped short of tackling emissions created by cross-border travel. In remarks at the ICAO assembly last week, U.S. Secretary of Transportation Pete Buttigieg called the deal “a compromise but also a strong commitment.”

Some climate experts were less enthusiastic.

“This is not aviation’s Paris Agreement moment,” said Jo Dardenne, the aviation director at the Belgian nonprofit Transportation & Environment, in a press release. “Let’s not pretend that a non-binding goal will get aviation down to zero [emissions].”

Air travel accounts for between 2 and 3 percent of all global carbon emissions, and it’s trending in the wrong direction. Worldwide air traffic almost doubled between 2010 and 2020, with the COVID-19 pandemic causing only the briefest dent in industry growth. Aviation emissions are driven primarily by a small group of frequent flyers in developed countries — around 1 percent of all travelers account for around half of commercial aviation’s carbon emissions — but most future air traffic growth is expected to come from the developing world, where flying demand will likely skyrocket over the coming decades as incomes rise.

This lopsided dynamic has heavily influenced the yearslong negotiations over ICAO standards. Wealthy countries like Europe and the United States, which account for the vast majority of historical aviation emissions and have the most capital to fund a green transition, have pushed for the steepest reductions in carbon emissions. Developing countries like India, meanwhile, have sought a longer glide path toward net zero, since their aviation sectors are just now getting off the ground. These countries have also pushed developed nations for financial support as they transition toward sustainable aviation. The non-binding 2050 target represented a compromise between those two positions; previous agreements had only promised “carbon-neutral growth” from 2020 onward.

Decarbonizing aviation without compromising expectations for modern air travel is one of renewable energy’s thorniest technical problems. Many hopes are pinned on “sustainable aviation fuel,” a catchall term for alternative fuels that are less polluting than standard jet diesel. Major airline companies like JetBlue and Delta have pumped millions of dollars into developing such fuels from cooking oil and food waste over the past few years, and governments are seeking to subsidize them as well: The Inflation Reduction Act recently signed into law by President Joe Biden, for instance, contains tax credits for manufacturing such fuels.

In the absence of big emissions cuts, the aviation industry has historically relied on carbon offsets to bolster its green bona fides. In addition to adopting the net-zero target, the ICAO also adopted new standards for its carbon offsetting scheme, which is known as CORSIA. The scheme requires participating countries to offset all international aviation emissions above a certain threshold by purchasing a carbon credit — paying to protect a forest that sequesters carbon, for instance, or subsidizing the cost of a new wind farm. CORSIA is the closest thing the ICAO has endorsed to a carbon tax on air travel, and it has long been seen as a key way to mitigate climate pollution within the aviation sector, in part because its standards for what counts as a legitimate offset are more stringent than many private-sector standards.

The ICAO has been developing the CORSIA standards since 2016, but the pandemic threw the rollout into disarray, as emissions from air travel plummeted and then rebounded. At the talks in Montreal, the most ambitious countries argued that each signatory nation should be limited to 70 percent of its 2019 aviation emissions, meaning if it were to emit above that threshold in future years it would have to purchase offsets corresponding to the excess emissions. Many developing countries countered that this limit would be far more onerous for them than it would be for the European nations arguing for the stricter standard, both because their aviation sectors are on track to experience much more growth in years to come and because they have less money with which to buy offsets. These countries argued that 100 percent of 2019 emissions should be the new threshold. Yet again, the final result was a compromise between the two proposals: If countries exceed 85 percent of their 2019 aviation emissions, they will have to buy offsets for every excess ton of emissions. The new standards will remain in effect through 2035.

The question lurking behind the pledge is whether sustainable fuels and offsets are enough to bring down emissions, or whether tackling climate change will require the world to fly less. The ICAO standards don’t include any direct attempts to reduce air travel, but climate activists like Greta Thunberg have sought to discourage the residents of wealthy countries from flying when it isn’t necessary. Thunberg rose to prominence on the heels of a movement known as flygskam, or “flight shame,” and she herself famously sailed across the Atlantic rather than fly transcontinental. A recent report from the International Council on Clean Transportation, meanwhile, suggested imposing a global tax on frequent flyers.

Sailboats aside, there are almost no effective transportation substitutes for long-haul flights across the Atlantic Ocean, but that doesn’t mean there aren’t easy ways to reduce air travel. At least before the pandemic, the largest share of long-haul flights were business trips, but the rise of Zoom and remote work may render some of those trips unnecessary. The most wasteful flights from an emissions perspective, meanwhile, are short-haul flights that cover distances of less than a thousand miles. Taking one of these flights is often worse for the climate than driving to your destination — let alone opting for a low-carbon substitute like a train or bus.

This story was originally published by Grist with the headline UN countries adopt ‘aspirational’ net-zero goal for aviation on Oct 12, 2022. 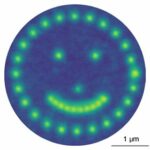 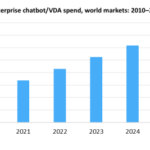