Over the last decade or so, we’ve seen an enormous variety of jumping robots. With a few exceptions, these robots look to biology to inspire their design and functionality. This makes sense, because the natural world is full of jumping animals that are absolutely incredible, and matching their capabilities with robots seems like a reasonable thing to aspire to—with creatures such as ants, frogs, birds, and galagos, robots have tried (and occasionally succeeded in some specific ways) to mimic their motions.

The few exceptions to this bio-inspired approach have included robots that leverage things like compressed gas and even explosives to jump in ways that animals cannot. The performance of these robots is very impressive, at least partially because their jumping techniques don’t get all wrapped up in biological models that tend to be influenced by nonjumping things, like versatility.

For a group of roboticists from the University of California, Santa Barbara, and Disney Research, this led to a simple question: If you were to build a robot that focused exclusively on jumping as high as possible, how high could it jump? And in a paper published today in Nature, they answer that question with a robot that can jump 33 meters high, which reaches right about eyeball level on the Statue of Liberty.

These videos are unfortunately not all that great, but here’s a decent one of the jumping robot (which the researchers creatively refer to as “our jumper”) launching itself, landing, self-righting, and then launching again.

And here’s a slow-motion close-up of the jump itself.

The jumper is 30 centimeters tall and weighs 30 grams, which is relatively heavy for a robot like this. It’s made almost entirely of carbon fiber bows that act as springs, along with rubber bands that store energy in tension. The center bit of the robot includes a motor, some batteries, and a latching mechanism attached to a string that connects the top of the robot to the bottom. To prepare for a jump, the robot starts spinning its motor, which over the course of 2 minutes winds up the string, squishing the robot down and gradually storing up a kind of ridiculous amount of energy. Once the string is almost completely wound up, one additional tug from the motor trips the latching mechanism, which lets go of the string and releases all of the energy in approximately 9 milliseconds, over which time the robot accelerates from zero to 28 meters per second. All-in, the robot has a specific energy of over 1,000 joules per kilogram, which is about an order of magnitude better than even the best biological jumpers, and easily trounces any other jumping robot by a factor of five.

The reason that this robot can jump as high as it does is because it relies on a clever bit of engineering that you won’t find anywhere (well, almost anywhere) in biology: a rotary motor. With a rotary motor and some gears attached to a spring, you can use a relatively low amount of power over a relatively long period of time to store lots and lots of energy as the motor spins. Animals don’t have access to rotary motors, so while they do have access to springs (tendons), the amount that those springs can be charged up for jumping is limited by how much you can do with the single power stroke that you get from a muscle. The upshot here is that the best biological jumpers, like the galago, simply have the biggest jumping muscles relative to their body mass. This is fine, but it’s a pretty significant limitation to how high animals can possibly jump.

While many other robots (stretching back at least a decade) have combined rotary motors and springs for jumping, the key insight that led to this Nature paper is the understanding that the best way to engineer an optimal jumping robot is by completely inverting the biology: Instead of getting bigger jumps through bigger motors, you instead minimize the motor while using as many tricks as possible to go all in on the spring. The researchers were able to model the ratio of muscle to tendon for biological jumpers, and found that the best performance comes from a muscle that’s about 30 times the mass of the tendon. But for an engineered jumper, this paper shows that you actually want to invert that mass ratio, and this jumping robot has a spring that’s 1.2 times the mass of the motor. “We were too tied to the animal model,” coauthor Morgan Pope of Disney Research told IEEE Spectrum. “So we’ve been jumping a few meters high when we should be jumping tens of meters high.”

“Seeing our robot jump for the first time was magical,” first author Elliot Hawkes from UC Santa Barbara told us. “We started with a design much more like a pogo stick before coming to a bow design, then to the hybrid spring design with the rubber bands and bows together. Countless hours went into troubleshooting all kinds of challenging mechanical problems, from gearbox teeth shearing off to hinges breaking to carbon-fiber springs exploding. Every new iteration was just as exciting—the most recent one that jumps over 30 meters just blows your mind when you see it take off in person. It’s so much energy in such a small device!”

Getting the robot to jump even higher (since Statue of Liberty eyeball-height obviously just isn’t good enough) will likely involve using a spring that’s even springier to maximize the amount of energy that the robot can store without increasing its mass. “We have pushed the energy storage pretty far with our hybrid tension-compression spring,” Hawkes says. “But I believe there could be spring designs that could push this even further. We’re at around 2,000 joules per kilogram right now.”

It’s temping to fixate on the bonkers jump height of this robot and wonder why we don’t toss all those other bio-inspired robots out the window, but it’s important to understand that this thing is very much a unitasker in a way that animals (and the robots built with animals in mind) are not. “We have made an incredibly specialized device that does one thing very well,” says Hawkes. “It jumps very high once in a while. Biological jumpers do many other things way better, and are way more robust.”

With that in mind, it’s true that even the current version of this jumping robot can self-right, jump repetitively, and carry a small payload, like a camera. The researchers suggest that this combination of mobility and efficiency might make it ideal for exploring space, where jumping can get you a lot farther. On the moon, for example, this robot would be able to cover half a kilometer per jump, thanks to lower gravity and no atmospheric drag. “The application we are currently most excited about is space exploration,” Hawkes tells us. “The moon is a truly ideal location for jumping, which opens up new possibilities for exploration because it could overcome challenging terrain. For instance, the robot could hop onto the side of an inaccessible cliff or leap into the bottom of a crater, take samples, and return to a wheeled rover.” Hawkes says that he and his team are currently working with NASA to develop this system with the goal of launching to the moon within the next five years. 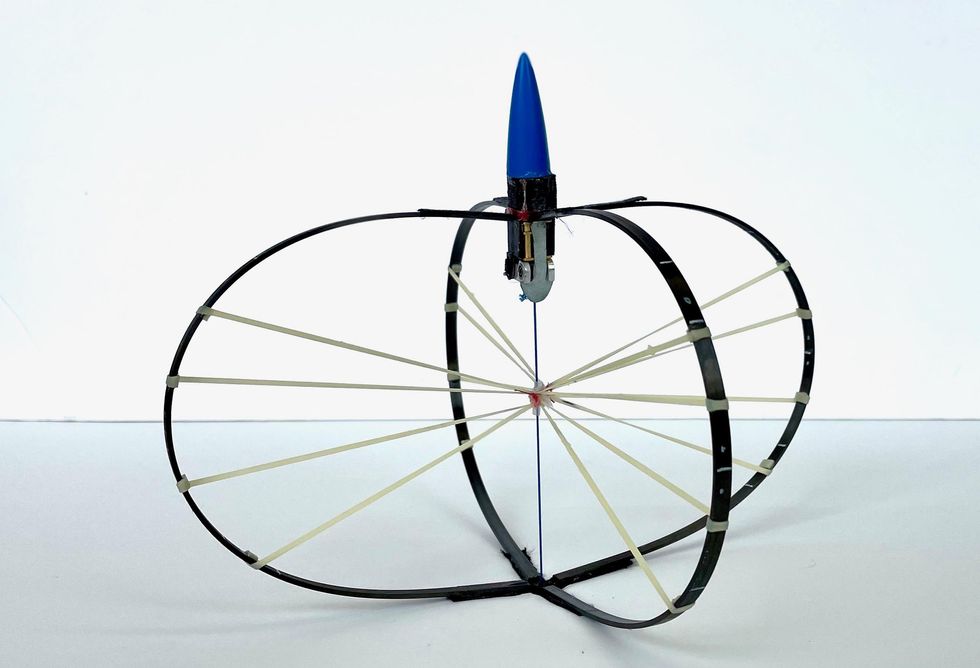 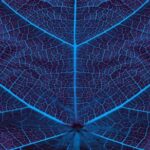 4D-Bioprinted Tissues Can Be Controlled to Transform Shape