TSMC to Raise $9 Billion for Expansion Amid Shortages

TAIPEI — Taiwan Semiconductor Manufacturing Co. (TSMC) said that it plans two sales of bonds that would raise about $9 billion to expand production, possibly helping to ease a critical shortage of silicon.

In a Feb. 9 board meeting, the world’s largest chip foundry approved the issuance of corporate bonds in Taiwan for as much as NT$120 billion (approximately $4.4 billion) and provided a guarantee to subsidiary TSMC Global to issue US dollar-denominated corporate bonds for up to $4.5 billion that would fund capacity expansion as well as pollution-prevention measures.

In the board meeting, TSMC also approved the establishment of a wholly owned subsidiary in Japan to expand research on materials for three-dimensional chips, with a paid-in capital of up to ¥18.6 billion (approximately $186 million). The announcement follows an unconfirmed report that TSMC plans to open its first overseas chip-packaging facility in Japan.

The company is running full tilt to meet demand that exceeds its production capacity. TSMC finds itself at the center of an increasingly geopolitical scramble to secure supplies of chips for everything from automobiles to smartphones. Government leaders from Germany to the US have recently urged Taiwan to help solve the chip shortfall.

“Soaring competition from tablets, laptops and electric cars are causing some of the toughest conditions for smartphone component supply in many years,” said Neil Mawston, an analyst with Strategy Analytics. He said prices for phone parts such as chips and displays have jumped as much as 15% in the past two quarters.

Chip shortages are likely to erase $61 billion of expected sales for automakers, while the impact to the electronics industry could be far larger, according to Bloomberg.

In 2021, TSMC expects to invest between $25 billion and $28 billion in capital expenditures, compared with $17.2 billion last year, the company said in January. Rival foundry United Microelectronics Corp. (UMC) has increased its capex budget for 2021 to $1.5 billion from $1 billion in 2020.

TSMC’s capex for 2021 includes investment for construction of its new facility in the US state of Arizona.

The company has acquired 1,100 acres of land near the city of Phoenix as part of a long-term plan to build a production site on the same scale as TSMC’s so-called “megafabs” in Taiwan that are the mainstay of the company’s production.

TSMC and next-door neighbor UMC said in January that their capacity is fully loaded, and the best they can do is to reallocate production to meet demand from global automakers like Volkswagen and Toyota, just to name a few. The carmakers are forced to take a place in the queue behind bigger chip buyers like Apple and Qualcomm.

The post TSMC to Raise $9 Billion for Expansion Amid Shortages appeared first on EETimes. 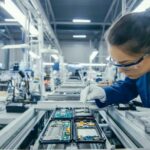 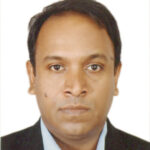