To Fly a Drone in the U.S., You Now Must Pass FAA's TRUST Test

For years, the U.S. Federal Aviation Administration (FAA) has been shuffling its way towards some semblance of regulation of the enormous number of drones now in the hands of recreational pilots in the United States. The fact that anyone can run out and buy a cheap drone at a nearby store, charge the battery, and launch the thing has got to be stupendously annoying for the FAA. One of their jobs, after all, is to impress upon people that drone owners doing something like that is not always a sensible thing to do.

Perhaps coming to terms with its unfortunate (albeit quite necessary) role as a bit of a buzzkill, the FAA has been desperately trying to find ways of forcing recreational drone pilots to at least read the rules they’re supposed to be following, without resorting to a burdensome new regulatory infrastructure. Their strategy seems to be something like, “we’re going to require drone pilots to do a couple of things, but those things will be so painless that nobody can possibly object.” The first of those things is registering your drone, and the second of those things, just announced this week, is the TRUST testing requirement for all recreational drone pilots who fly drones. 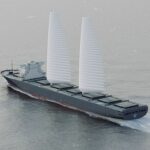