Growing up outside of Mumbai, India, Meena Sankaran struggled to access what many people take for granted: clean drinking water. With service for only an hour a day, her family had to collect as much as they could in buckets. But the water wasn’t potable, and Sankaran’s parents couldn’t afford a filtration system.

“My mom would boil water three times for cooking, four times for drinking, and then mix the leftover boiled water with regular water so that it was lukewarm for bathing,” Sankaran says. Despite her mother’s efforts, Sankaran says she contracted several waterborne illnesses by the time she hit her mid-teens.

Now based in California, the 39-year-old engineer and entrepreneur is working to make water cleaner and more reliable — by making it smarter. Using sensors and analytic tools, Sankaran’s startup KETOS provides real-time monitoring of both water usage and quality, alerting, say, a farmer to a leak, or a municipality to a contaminant.

A dual crisis faces the world’s drinking-water supply: increasing scarcity and widespread contamination. Groundwater is being extracted at increasing rates to meet the demands of manufacturing and farming, diminishing global freshwater supply. A 2016 study predicts that parts of India, Pakistan, southern Europe, and the western United States could face depleted aquifers by mid-century. That’s only exacerbated by climate change, which is worsening dry periods. Nearly 72.5 million people in the United States are in areas affected by drought, which is expected to worsen in coming years.

Meanwhile, aging pipes, industrial pollution, and agricultural runoff mean that lead, nitrate, arsenic, and PFAs (terrifyingly dubbed “forever chemicals”) are just a few of the substances that are showing up at dangerously high levels in tap water around the world, and right here in the United States. While Flint, Michigan continues to make headlines, contamination is much more widespread. Research found that in 2015, nearly 21 million U.S. residents relied on water systems that violate the standards set by the federal Safe Drinking Water Act. And it’s no surprise that low-income communities of color are often hardest hit.

To combat those problems, governments like Germany, Israel, and Singapore, and water-intensive industries from power generation to textile production to beer breweries, are turning to sensor-based technology. These “smart” systems can monitor water digitally and remotely, immediately detecting issues like shortages, leaks, and contaminants.

And while more and more companies are adding their own sensors to the increasingly crowded market, KETOS is among the few that can remotely detect heavy metals like arsenic and lead, the contaminant that poisoned Flint. Even fewer can analyze that data to predict major shortages and contamination before they happen.

That’s where Sankaran, who has a background in electrical engineering, focused innovation at her startup. Prior to launching, she had spent close to two decades working for tech companies, helping them develop and mine large data centers. But she never forgot what her family and neighbors back home in India went through every day just to drink clean water. So in 2014, she ditched her corner of Silicon Valley and turned her data expertise toward water.

Raising capital was not easy. She was met with raised eyebrows, especially from potential investors. “I had reactions like, ‘Why are you getting into water? Who cares?’” Sankaran says. “Or ‘Oh, it’s such a noble cause.’ It was very condescending. Those investors didn’t realize that water digitization is one of the largest markets out there. Wars are going to be fought on water.”

In fact, the global smart-water management market is expected to grow to $21.4 billion by 2024. According to Peiying Hong, an associate professor of environmental science and engineering at Saudi Arabian university KAUST who specializes in wastewater treatment technology, the field is growing more competitive by the day, with major American companies like AECOM and IBM partnering to launch their own sensor-based tech for water management.

“Digitization is definitely the trend to watch in water,” Hong says. “The markets in Asia and the Middle East especially are equipping their infrastructure with sensors at an increasingly fast pace.”

But the U.S. — with the exception of forward-thinking utilities in cities like Denver, Miami, and Washington D.C. — is largely behind. Many of its treatment systems, both industrial and municipal, are still monitored by employees with clipboards, who take quality samples and compile data manually. Individual municipalities each have their own way of storing that data, creating a hodge-podge of paper files, PDFs, and digital systems that makes it virtually impossible to construct region-wide portraits of water quality and use.

“Everything is still quite laborious, and it’s reactive,” Sankaran says. “If a school has lead in its pipes, how do you even know how much of the water is infected until after a kid falls sick and a parent complains?” KETOS devices collect information and send it along with location-based mapping on-demand to users via a mobile app.

Sankaran’s company is also helping utilities digitize their own data, combining analog archived metrics with new information collected by its own sensors. The end goal is to weave together a nationwide “data lake” of water quality and use information, from pH and salinity to flow and pressure. So far, the company has compiled 13 million data points from municipalities across all 50 states, spanning the last 18 years.

Utilizing machine learning, KETOS applies an algorithm to that data that governments can use to forecast contamination, leaks, shortages and more — and begin taking preventative measures. “We can start to understand the rate at which aquifers and groundwater and surface water are being depleted, instead of waiting until after those resources go into the red zone,” says Sankaran. The State of California Division of Drinking Water, for example, relies on KETOS’ water quality reports as an official source for its operations. According to Hong, KETOS’s ability to turn data into something actionable is rare in the world of sensors.

Among Sankaran’s goals is not only to help stop disease outbreaks and water shortages — she wants water digitization to flag injustice. If a zip code with predominantly Black and brown residents is experiencing disproportionately high levels of toxins, for example, KETOS’ data lake would capture the disparity.

Sankaran hopes that data will inform environmental-justice policy that would prevent the root causes of water contamination in marginalized communities — for example, aging infrastructure or proximity to superfund sites and other polluters.

Of course, tech like KETOS’s is just a piece in the puzzle in addressing the drinking-water crisis. Hong points out that it should be coupled with initiatives that can treat and reuse wastewater, for example. “Trying to mitigate and adapt to climate change by 2050 is going to cost billions of dollars,” she says. “It’s a huge problem, and sensor technology is just the start — not the whole solution.”

Since Sankaran’s early days of convincing investors, KETOS has grown each year. In October, it announced that it raised $18 million in “Series B” funding, the milestone tech companies hit when they’ve developed past their initial startup stage. But Sankaran says she is determined that her venture will always be mission-driven. “We are always asking, ‘How do we make it easier for the world to adopt smart water systems?’”

Sankaran is also looking beyond water as a vehicle for social justice. She founded and runs PRERNA, an all-volunteer organization helping refugees in the Bay Area access housing, education, and jobs, as well as Women’s INner Strength, a mentorship program for female entrepreneurs.

“When I was thinking about starting KETOS, a lot of people said, ‘Well, once you make the big dollars you can do philanthropy, like Bill Gates,’” Sankaran says. “But I didn’t want to wait until I was 70 years old to figure out if I can serve my purpose. I am going to make sure that I spend every day of my life serving my purpose.”

This story was originally published by Grist with the headline This entrepreneur is plugging the world’s drinking water into the (digital) cloud on Nov 20, 2020. 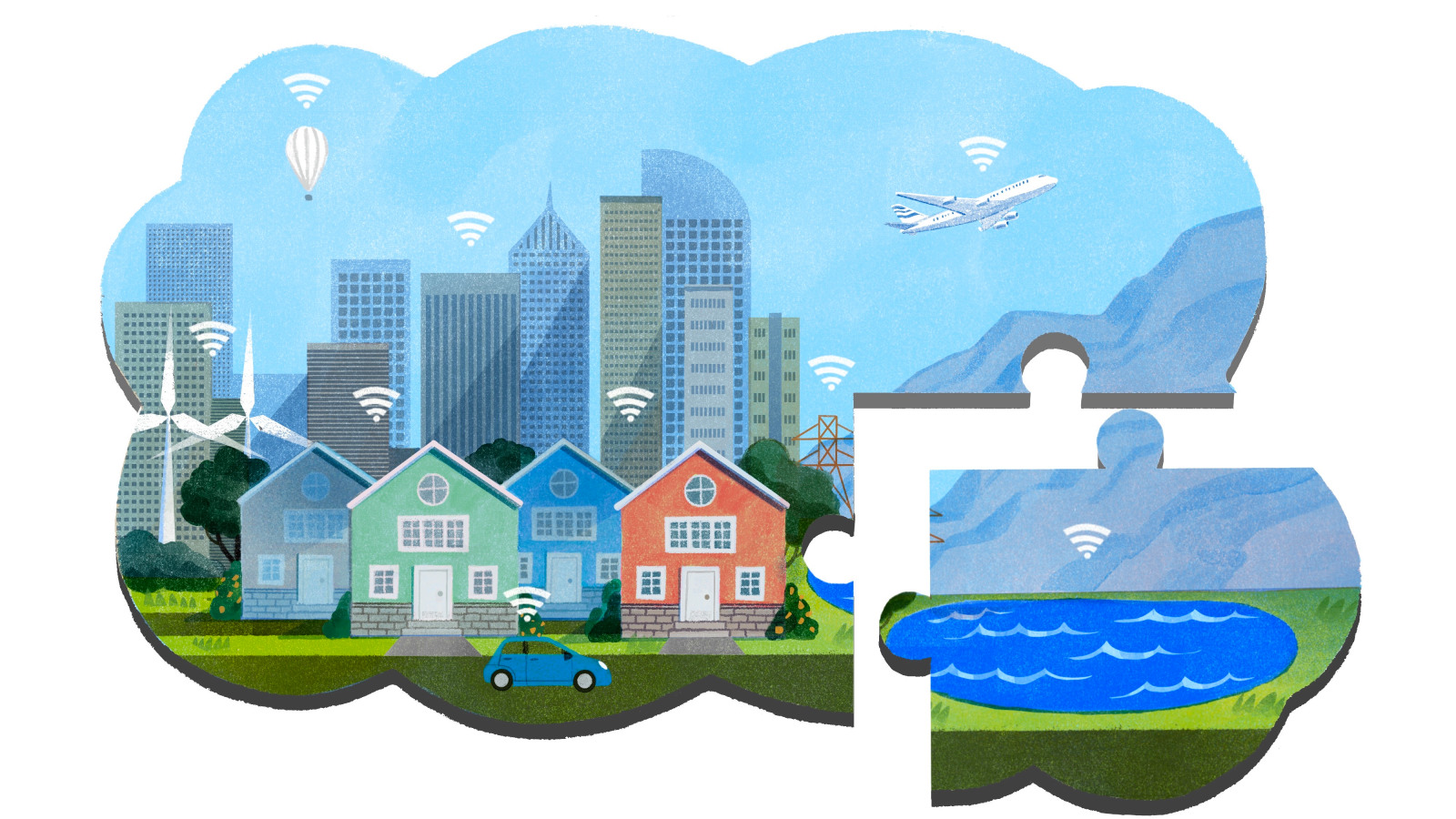 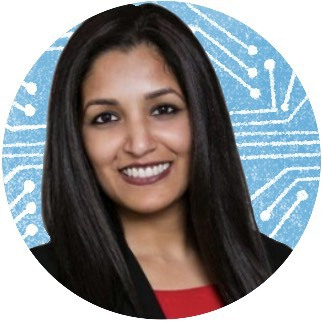 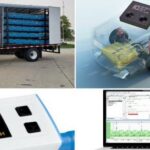