There’s a major gap in the new methane pledge: Agriculture

Last week, the United States and European Union launched the most ambitious plan to date to slash global methane emissions. The Global Methane Pledge, which reportedly already has the support of at least six of the world’s 15 largest producers of the greenhouse gas, aims to slash methane emissions 30 percent by 2030. But despite it being lauded as a major success, some environmental justice groups are pointing out that the pledge is vague on one key issue: How it will enforce cutting emissions from the largest source of methane globally — agriculture.

Food production is responsible for 25 percent of global methane emissions every year. In the U.S., the sector accounts for 36 percent of the country’s methane, surpassing the coal and gas industry, which generates 30 percent. Yet, the global reduction pledge launched last week only mentions voluntary programs to reduce agriculture’s climate impacts.

In accordance with the new pledge, the Biden administration announced it will set new regulations to cut emissions from the oil and gas industry and enforce stronger pollution standards for landfills, another major source of the gas. The administration, however, has not announced any kind of enforceable standards for the agricultural industry. Instead, a White House statement called for the “voluntary adoption” of climate-smart agricultural practices and partnerships between farmers, ranchers, and the government to meet pledge targets.

Since the 1990s, emissions of methane — a greenhouse gas 84 times more potent than carbon dioxide over a 20-year period — from agriculture have been climbing worldwide. A major contributor to this trend, particularly in the U.S., are large-scale livestock operations, which can hold up to 10,000 animals per facility. Methane emissions from manure management at U.S. farms jumped from 37 million metric tons of carbon dioxide equivalent in 1990 to 62.4 million metric tons in 2019, according to the Environmental Protection Agency, or EPA.

For a long time, the solution for all this waste has been to simply dump the manure in giant, open-air lagoons and spray it on nearby fields. Liquifying manure — the technical term for the management practice — disproportionately burdens Black, Latino, Indigenous, and white rural communities. The manure pools pollute the air, and when sprayed on nearby fields, it can pollute groundwater with nitrates, arsenic, coliform bacteria, pesticides, and disinfectant byproducts, as has happened in California’s San Joaquin Valley. As early as 2000, researchers documented that Black communities, especially rural ones, were up to five times more likely to live near an industrial hog facility in North Carolina. Other studies have found that residents living near these facilities are more likely to suffer anemia, kidney disease, septicemia, tuberculosis, and have higher infant mortality rates and low birth weight among newborns than other ZIP codes in the same state.

To address its rising methane emissions, the industry has championed “biogas,” the result of capturing methane from waste ponds and feeding it into natural gas pipelines to power nearby homes and businesses. This “renewable natural gas” is seen as a zero-carbon solution. One of the largest operators of industrial hog facilities, Smithfield Foods, allied with Dominion Energy on a $500 million project to plug in farms in North Carolina, Virginia, and Utah to gas pipelines. However, food and environmental justice groups have legally challenged the project because it doesn’t address the whole system’s health impacts on vulnerable communities.

The Global Methane Pledge announced last week doesn’t mention any of these environmental justice issues — or lay out any enforceable standards for reducing methane from agricultural facilities. Instead, it promises to incentivize “the deployment of improved manure management systems, anaerobic digesters, new livestock feeds, composting, and other practices.”

“Our concern is that [the pledge] not only encroaches, but expands a system that creates all sorts of environmental issues,” said Phoebe Seaton, co-director and attorney at the Leadership Counsel for Justice and Accountability in California. “Furthermore, it incentivizes the production of manure-created methane to convert it into gas when we’re supposedly transitioning off of it.”

Environmental justice groups believe the solution lies in leaving behind this type of industrial facility. In April, 25 organizations asked the EPA to regulate methane and other pollutant emissions from hog and dairy facilities under the Clean Air Act, a decision the agency has been putting off citing the need to gather additional information. The agency hasn’t responded to their petitions. (The EPA did not respond to Grist’s inquiry about its regulations for industrial agriculture.)

Earlier this year, New Jersey Senator Cory Booker reintroduced the Farm System Reform Act, which imposes a moratorium on these facilities and creates federal financial assistance for farmers to transition to pasture-based dairy and hog farming.

“President Biden has said that he wants to follow science and that he wants to center environmental justice in the nation’s climate policy,” Newell said. “But allowing industrial agriculture to continue with the status quo, and continue to reward that system with more public dollars, does not build back better. It does not follow science. And it does not place environmental justice at the center of climate policy.”

This story was originally published by Grist with the headline There’s a major gap in the new methane pledge: Agriculture on Sep 27, 2021. 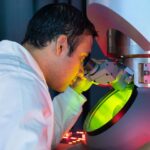 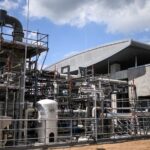 Why the ‘Swiss Army knife’ of climate solutions is so controversial