The world’s largest camera sits within a nondescript industrial building in the hills above San Francisco Bay.

If all goes well, this camera will one day fit into the heart of the future Vera C. Rubin Observatory in Chile. For the last seven years, engineers have been crafting the camera in a clean room at the SLAC National Accelerator Laboratory in Menlo Park, Calif. In May 2023, if all goes according to plan, the camera will finally fly to its destination, itself currently under construction in the desert highlands of northern Chile.

Building a camera as complex as this requires a good deal of patience, testing, and careful engineering. The road to that flight has been long, and there’s still some way to go before the end is in sight.

“We’re at the stage where we’ve got all the camera’s mechanisms fully assembled,” says Hannah Pollek, a staff engineer at SLAC.

Any typical camera needs a lens, and this camera is certainly no exception. At 1.57 meters (5 feet) across, this lens is the world’s largest, as recognized by the Guinness Book of World Records. When it’s installed, it will catch light reflected through a triplet of mirrors, built separately.

In action, the telescope will point at a parcel of sky, 3.5 degrees across—in other words, seven times the width of the full moon. The camera will take two exposures, back-to-back, approximately 15 seconds each—bracketed by the sweeping of a colossal shutter. Then, the telescope will move along to the next parcel, and so forth, in a mission to survey the southern sky for years on end.

Behind the lens sit the detectors, which are fashioned from charge-coupled device (CCD) sensors, common in astronomy. With the lens cap removed, the detectors are visible as a silver-and-blue grid, the different colors being a consequence of the camera having two different suppliers. Together, they can construct images that are as large as 3.2 gigapixels.

The camera’s detectors, the silver and blue squares, are seen through its uncapped 1.5-meter-wide lens.Jacqueline Ramseyer Orrell/SLAC National Accelerator Laboratory

To do that repeatedly, those detectors need to be chilled. That’s why there’s a large bundle of tubing behind the camera. Some of it is for data or power, but most is plumbing for the refrigeration. They help a cryostat cool the detectors to around -100 °C. Those temperatures eliminate much of the noise that the CCDs might otherwise pick up.

The detectors aren’t the only part of the camera that need to be kept on ice. The camera’s back-end electronics generate some 1,100 watts of heat, and cold liquid is pumped through as a counter. This doesn’t need a cryostat, but it has given the camera’s engineers headaches. Recently, they’ve had to swap out the fluid they use, necessitating a complete rework of the plumbing. The engineers are still tinkering with the new system.

There are a few components that remain to be installed. For astronomers, key to the camera’s operation are the filters that will fit over the lens. There are six of them, each coated to only let through specific wavelengths of light (such as ultraviolet or near-infrared). Built in Massachusetts and Provence, France, and shipped to California, they now sit on the floor of the camera’s clean room.

When they’re installed, five of them will sit in a carousel about the camera—the sixth resting in storage, waiting for its turn to be swapped in. In practice, the mechanism takes about 2 minutes to slot a filter in between the lens and the detectors. The filters are delicate glass, so engineers have been testing the system with dummy metal disks of the same weight.

After the filters are installed, along with a few final body panels, engineers will swing the camera down to point it at the floor. They’ll test its performance in a darkened environment by shuffling around light sources.

If building and testing the camera is one saga, then actually getting it to its final destination is an entirely different ordeal.

English-language technical instructions have to be rewritten in Spanish for the benefit of local Chilean technicians. The lenses and other glass parts will have to be removed. The camera will have to be mounted within a shipping container and clamped inside special frames, specifically designed to isolate vibrations and keep the camera stable in forces up to 2 gs.

Even that system has been tested in a mockup of its special flight—a chartered Boeing 747 cargo plane from San Francisco to Santiago, a direct flight that typically doesn’t exist.

“We really want to avoid extra trucking in the .US.,” says Margaux Lopez, a staff engineer at SLAC. “It just makes more sense to put our camera on a chartered plane with all of the rest of the stuff in the clean room. We have an incredible amount of support equipment that also needs to go down.”

If all goes well with the last phase of construction, this camera will soon depart California for Chile and catch its first glimpse of the night sky by 2024. 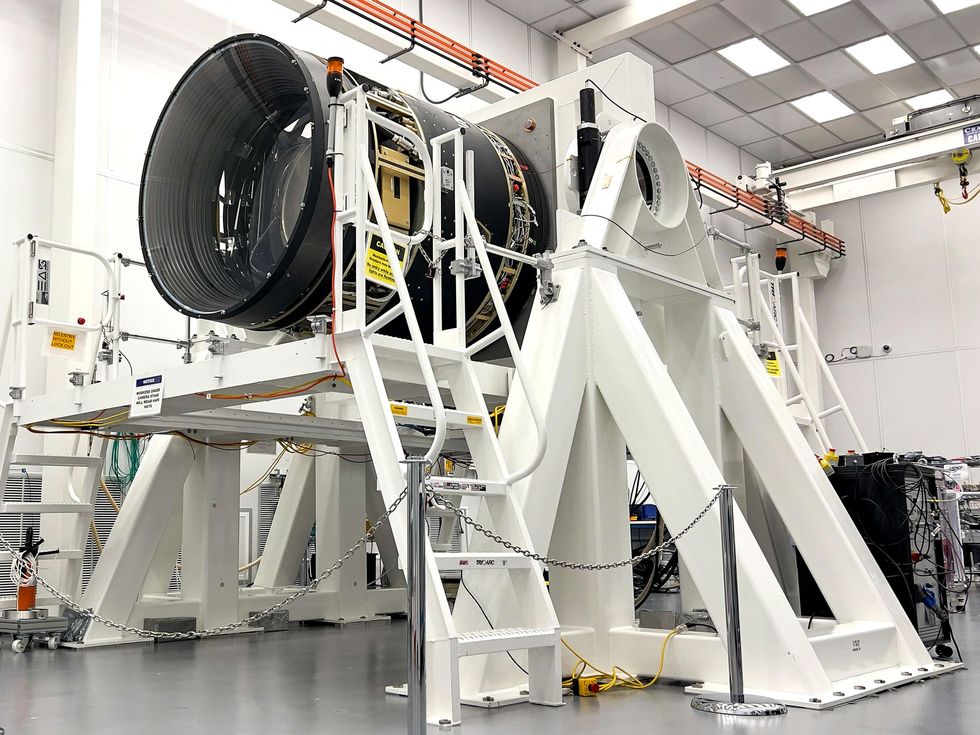 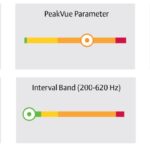 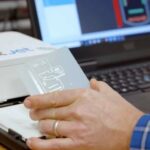