I suspect that many of you have a drawer or box filled with AC/DC chargers from devices you no longer use or that died; I certainly do. Most folks keep these no-longer-needed chargers in a disorganized mess (Figure 1) while others are more organized.

I’m in the former category, with my box of at least 30 units ranging from low-power ones rated for a few volts and watts to much heftier ones which were meant to directly power a substantial product. These were not chargers in the formal sense but actually externally positioned power supplies, a design approach that eliminates the need to put the AC/DC supply inside the box, thus reducing size, weight, heat, and safety-related regulatory hurdles.

I save them because…well, it really doesn’t matter why. At one point, I thought of numbering each charger, then setting up a modest database listing the output voltage, current, connector type, and any other data for each — until I realized that this was a sign of someone who had too much spare time on his hands. Still, the reality is that there have been many times when one of these old chargers enabled me to use with small products for which the original was lost or failed. I was able to get things going by direct use or by using the AD/DC part and splicing on a different connector, or making a transitional adapter cable.

The charger “Tower of Babel” may soon come to an end. In late September, the European Commission formally began the multiyear process of promulgating a revised Radio Equipment Directive which mandates that vendors standardize on the USB-C connector for wired (not wireless) chargers for all smartphones, tablets, cameras, headphones, portable speakers, and handheld video game consoles, Figure 2.

In addition, it proposes to unbundle the sale of chargers from the sale of their corresponding electronic devices. Given the fairly high power-handling rating of USB-C (up to 240 W), this standard power interface could supply a large fraction of the devices out there.

I don’t need to repeat the case for such charger-connector standardization; you likely know the points to be made, or you can read them in the Commission’s press release “Pulling the plug on consumer frustration and e-waste: Commission proposes a common charger for electronic devices,” which has some interesting numbers on charger unit volumes and also has links to their formal proposal.

Not surprisingly, Apple is against this proposal, as it prefers you use its Lightning connector. The arguments which Apple makes are somewhat thin, in my view. I’m pretty sure the real reason is to keep users in its so-called “walled garden.” (I know that’s a tired cliché, but everyone seems to use it anyway).

Before USB and USB-C, in particular, were realities, I wished that vendors would have standardized on — or at least limited —the roster of those simple DC-power barrel connectors. The proliferation of types of this low-cost connector style seems to have no logic except to try to force you to buy the AC/DC unit (often called a wall wart) from the product’s vendor. It’s especially frustrating because their dimensional differences are tiny and hard to measure, yet are just enough to prevent the use of an almost-OK one, Figure 3. I can’t count the times I have had to work around or improvise by swapping/soldering barrel connectors between chargers (yes, there are units with swappable tips, but that necessitates buying something else).

Despite the many obvious arguments in favor of standardization on USB-C (or some other connector in the future), I wonder if there is a legitimate counterargument. Will this standardization stifle innovation? Will vendors look for reasons to get exceptions, waivers, or similar carve-outs? What about situations that need a more — rugged charger connector, or micro-version for a product that would benefit from a smaller, perhaps proprietary connector?

The history of standardization of interfaces shows it is mostly a good thing, but not always. In the back of my mind is “the law of unintended (or unforeseen) consequences” that should keep us humble. We often cannot see the implications of apparently sensible yet broad decisions. Sometimes these are minor, but in some cases, they are limiting and even counterproductive.

What’s your view on this major step to standardize on USB-C for these products? Do you see it as a good and perhaps long-overdue requirement? Is it actually too late, given the many other connectors and legacy products in use? Will adapter-cable vendors step in and offer transition cables? Finally, does Apple’s argument have any true merit?

Give Me Back My External Wi-Fi Antenna Connector, Please

Additional References
The Verge, “EU proposes mandatory USB-C on all devices, including iPhones”

NPR, “The European Union Wants A Universal Charger For Cell Phones And Other Devices”

BBC, “EU rules to force USB-C chargers for all phones”

Tech Crunch, “Europe will finally legislate for a common charger for mobiles”

CNET, “USB-C power upgrade to 240W could banish some of your proprietary chargers”

CUI Devices, “How to Select a DC Power Connector”

The post The Universal Charger Connector: A Good Idea? appeared first on EETimes. 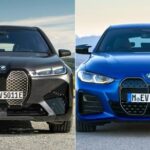 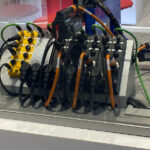