The Senate has historically been the place where climate policy goes to die. Most climate bills garner zero Republican support, and Democrats haven’t had the 60 votes required to pass legislation since 2010. The recent Inflation Reduction Act was a unique exception — the bill’s $369 billion in climate and energy spending was pushed through with 50 Democratic votes under an arcane process called “budget reconciliation.”

But on Wednesday, the Senate flipped the script and voted to approve an international agreement designed to drive down greenhouse gas emissions. Sixty-nine Senators, including 19 Republicans, voted in favor of ratifying the Kigali Amendment to the Montreal Protocol, which sets a timeline for the world to phase down the use of hydrofluorocarbons, or HFCs. (The Senate must approve international treaties by a two-thirds vote before the President can ratify them.)

“Ratifying the Kigali Amendment, along with passing the Inflation Reduction Act, is the strongest one-two punch against climate change any Congress has ever taken,” said Senator Chuck Schumer after the vote.

HFCs are chemicals used in heating and cooling equipment like refrigerators, air conditioners, and heat pumps. They were adopted in the 1990s as a substitute for another chemical, chlorofluorocarbons, or CFCs, which were found to be destroying the ozone layer.

In 1987, in a historic show of international cooperation, every country in the world came together to ratify the Montreal Protocol, an agreement to phase out CFCs. But it later became clear that the replacement chemicals created new problems. When HFCs leak into the atmosphere, they can be thousands of times more powerful than carbon dioxide at heating up the planet.

So in 2016, the world came together again to negotiate the Kigali Amendment, an update to the Montreal Protocol that requires participating countries to cut HFC pollution by at least 80 percent by 2050. It’s a plan that scientists estimate could shave off half a degree Celsius (0.9 degrees Fahrenheit) of global warming by the end of the century — a significant amount considering the planet has already warmed 1.2 degrees C (2.2 degrees F) since the preindustrial era. But former President Donald Trump never sent the amendment to the Senate for approval.

The U.S. did, however, take action through another path. In December 2020, Congress passed a bipartisan law called the American Innovation and Manufacturing Act, which requires U.S. companies to phase down production and use of HFCs by 85 percent in 15 years. Federal agencies have already begun enforcing new rules to limit HFCs, as required by the law, by blocking illegal imports of the chemicals.

The law was supported by the manufacturing and chemical industries, which have also lobbied for the U.S. to approve the Kigali Amendment. As Jean Chemnick of E&E News notes, phasing out HFCs “offers virtually no downside for U.S. businesses.”

That’s because the American chemical and heating and cooling industries have cleaner alternatives at the ready, and stand to gain from cornering the market for these new chemicals internationally — especially as global warming increases demand for air conditioning. But even though companies are taking action domestically, if the U.S. failed to ratify the amendment, American companies would eventually face trade restrictions in countries that have joined the agreement. Supporters said ratifying the amendment would help the U.S. outcompete China, which has been slower to adopt alternatives. It has been a key priority for President Joe Biden, who submitted the amendment to the Senate for approval last November.

“Ratifying Kigali means ensuring U.S. companies dominate the export markets,” Senator Bob Menendez, a Democrat from New Jersey, told his colleagues on the Senate floor on Tuesday. Ratification could spur 33,000 new American manufacturing jobs, he said, citing industry estimates. But “failure to ratify means U.S. businesses that employ tens of thousands of people across the country will not be able to sell many of their products in key countries.”

This story was originally published by Grist with the headline The Senate just approved an international climate treaty, with bipartisan support on Sep 21, 2022. 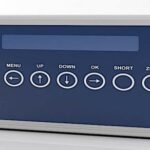