The past, present and future of tyres

There’s an old adage which suggests that you shouldn’t reinvent the wheel when attempting to solve a problem, but if you did decide to pursue this course, you’d have to go back to 3,500AD when this invention was first introduced during the Bronze Age, writes Craig Harbour from Protyre.

While one can also trace the evolution of tyres back to this distant point in time, this product’s modern and most relevant history began in the 1840s with the first utilisation of rubber.

We’ll explore this further below, while asking how tyres could be likely to change in a more innovative and tech-focused future.

A brief history of tyres

It was Scottish investor Robert William Thomson who first aspired to use rubber as a wheel additive in 1845, as he sought to mirror the structure of a human muscle to help tyres absorb the shock of the road.

His prototype tyre effectively features multiple rubber tubes wrapped in a leather cover over a wheel, in the hope that they’d aid a rotating wheel and create a much smoother ride for travellers.

While this idea was never pursued, it was developed further in 1888 by Irishman John Boyd Dunlop, who is widely credited as designing the world’s first practical tyre.

In the same year, Karl Benz invented the world’s first automobile that was to be powered by petrol, with this featuring Dunlop’s ground-breaking tyre upon the debut of the car.

When was the radial tyre introduced?

By the 1940s, the global automotive industry had begun to boom, and it was becoming increasingly reliant on oil consumption.

This created a pressing need for reform in the design and production of tyres, with the Goodyear Tyre Company (named after founder, Charles Goodyear) responding to this with the development of the world’s first tubeless tyre.

The origins of this type of radial tyre are widely contested, with Michelin credited with patenting the design in 1948.

However, many argue that the original design for the radial tyre dates back to the days of manufacturer Arthur W. Savage, who operated out of San Diego between 1915 and 1919. Subsequent radial tyres appear to have been developed with this design in mind, laying the foundation for the standardised modern designs that pull together at a 90º angle to facilitate increased stability and durability.

In fact, when you buy tyres in the modern age, the chances are that they’ve been developed on the principle of the classic radial tyre.

What does the future hold for tyres?

Of course, we’ve seen subsequent innovations of note, including the development of the world’s first tyre approved for speeds of up to 223mph (360km/h) and the emergence of products for electric vehicles.

But what does the future hold for tyres? Certainly, the rise of green technology is likely to be particularly influential, with this having already inspired popular designs such as Goodyear’s Eagle 360 Urban Tyre in 2017.

Viable tyres are also being researched and developed for use on self-driving vehicles, with these entities likely to be powered by AI and an extension of each car’s core nervous system.

To this end, modern tyres will be equipped to collate data as a way of safeguarding passengers and maintaining road safety at all times.

The Path to the Electronics Graveyard 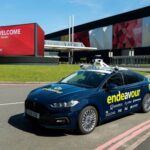