The Detritus of a Digital Life

Getting a new phone is a little like turning the calendar page to the New Year. You want to start fresh. But as I pile generation on generation of iPhones, complicated by numerous integrations with Microsoft Exchange and Gmail, I’ve developed a bloated contact roster inflated by duplicate listings. It’s my personal version of space junk.

I have one contact, with whom I’ve had no communication in about a decade, who has eight listings in my iPhone book. Four different emails were duplicated, and I have no idea which was the most recent. To delete a listing, I have to go through the cumbersome process of opening the listing, tapping edit, scrolling to the end of the entry, hitting delete once and then again — a five-step process that could take me a full weekend if I wanted to tidy up the virtual address book.

HowtoGeek explained. When third-party applications like Gmail or Outlook attempt to import contact details into your phone, “if there’s even a slight difference between the information one service has and what’s already stored locally on your device, the whole system goes haywire, and you can end up with a handful of contact pages that all belong to the same friend or colleague.” The iPhone automatically imports both into the same list “without merging the overlapping information on its own.” Well, that’s messy.

The article’s suggested app was no longer available, so I Googled cleaner apps and came up with 11. One presented a list of duplicate contacts, or ones classified as “empty.” Empty ones just had email addresses, which today are more important than phone numbers. So I had to sort through every one. Some entries are easy to dump, like [email protected] or the countless ones with “no-reply.”  I could retire if I had a dollar for every PR person who ever emailed and wound up uninvited in my contact list.

The contacts are just part of my baggage I lug from one phone to the next. My photos are a bit out of control. I know there are a lot on my phone and in the cloud that I don’t want. Sorting is the problem: It’s a lot easier to take photos than to delete them.

My photo problem is compounded by the Live Photo feature, which seemed cool at first. The camera records what happens 1.5 seconds before and after you take a picture, giving brief life to stills. The feature is impressive but impractical when it comes to photo archiving. It’s nice to see a bit of motion with photos of my cat Hoagy, who is no longer with us, but it’s not a feature I want for most photos. The live photo pics also take up a lot of space. Even worse, they comes out as HEVC files on the Microsoft One Cloud that syncs my phone’s photos, chewing up that storage space, too.

I have my work cut out for me heading into my new phone, trying to tidy up my phone book’s photos and those floating in the cloud. Next step is choosing my phone and plan.

After deciding on the Pro Max in graphite, 256GB, I was presented with a selection of options under the Promotion heading, including one called “No thanks.” The buy-one-get-one option required a new line, so that was out. I had two choices of Apple add-ons: buy an iPhone, save $100 on an Apple Watch or save $150 on an iPad. I don’t need either.

So I picked the Upgrade (and save up to $440 on trade-in) option, good with one of five Unlimited plans. When I clicked through to the details page, I saw the trade-in promo credit is applied over 24 months. That $18.33 a month doesn’t sound nearly as enticing as $440. What happens if I want to upgrade my phone a year from now? Will I get a lump sum or am I SOL?

Another concern was billing. The plan I’m on now with 4G doesn’t port to the 5G era, so I want to know how my monthly bill will change with the new phone. The two plans that interested me were Play More Unlimited ($80/month) and Get More Unlimited ($90/month). Both come with Disney , Hulu and ESPN tossed in. I’d have to pay $10 more for Apple Music, but since I’m a Spotify user, that’s $10 extra I don’t need to spend.

I first checked out Verizon two weeks ago, to figure out the new plan options for 5G. I saw an option to “post a billing question and get answers from other Verizon customers.” That gives a whole new meaning to customer service.

I hit the chat box to dive deeper into the five “unlimited” plans. Mohamed explained the entry-level plan this way:  “start unlimited is just slower.” I thought that was an odd way to sell 5G. He told me the plan closest to mine was the most expensive plan, Get More Unlimited, at $90/month. That didn’t sound right, but pre-orders hadn’t started yet so I shelved my research.

With pre-orders having begun, I picked it up again this morning, ready to take the plunge. I was put on chat-hold: “All of our chat reps are currently helping customers. You’ll be connected to the next available rep as soon as possible.” That’s annoying enough on a phone line; it seems insulting on chat.

Nine minutes later I was schmoozing with Dena, asking about the two plans that interested me.  I wanted to know what I was getting into; Dena wanted to make a quick sale.

Me: But I still have questions. Choosing a plan depends on how much my bill will be. 9:11

Me: How much will my monthly bill be with Play More? 9:14

Settled, but that six-line exchange could have been handled in about half a minute on the phone; chat dragged it out to six minutes. Dena assured me that if I paid for the phone upfront, the trade-in value would be applied then, not stretched out over 24 months.

After quite a few back-and-forths, I had one more question before signing on the bottom line. 5G is new to me so I wanted to know the difference between Verizon’s 5G Nationwide and 5G Ultra Wideband service. “Wideband just [covers] more,” she said. Hmm. I asked if that meant New York City, the U.S. or the world? “The world

,” she said. Seems we’re all flying blind into 5G.

Dena did her job, ticking off the items on her to-do list, informing me of my rights, passing me off to the payment system, then trying to pad the ticket by sending a link for a phone case. She was eager to wrap things up: “Just send me the SKU of the case u like.” I clicked on the case I was interested in and it wasn’t available for my phone. I said I’d wait.

Some 42 minutes later we “hung up.” Next time I want to buy a phone, I think I’ll just pick up the phone….

Blame It On Google
Prime Day Morphs Into Christmas-in-October
How Blue Am I? There’s an App for That

The post The Detritus of a Digital Life appeared first on EETimes. 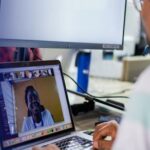 What Does the Future of Engineering Work Look Like? 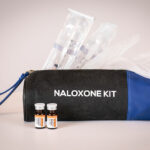