The Chips Are Down, With No Relief in Sight

During the height of the pandemic, tech companies were running dry on computer chips for their products but were optimistic there would be a rebound once everything settled. Manufacturers were running out of materials, shipping was at a crawl and those same tech companies chewed through their old inventory just to put anything on the market. Here it is a year later, and there is no sign of new chips on the horizon. Every electronic chip found in our smartphones, TVs, PCs and more, is in short supply and has been worsening since the pandemic struck.

The initial problem for the chip shortage was the shuttering of factories due to Covid-19, which disrupted materials manufacturers, and shippers, as most ports and airports shut down. Although production is getting back to normal levels, a surge in chip demand fueled by changing habits has pushed the microchip shortage to crisis levels. As more people worked remotely and most major cities enforced lockdowns, people were more inclined to indulge in hobbies, such as gaming, DIY electronic projects and taking advantage of 5G to video chat with friends and family. Hence, chip demand skyrocketed, leaving companies and manufacturers in a bind, which resulted in increased lead time (the time between ordering and delivery) for new product deployment.

According to a report from Susquehanna Financial Group, chip lead times have increased to 17 weeks in April of this year, which indicates that tech companies are more desperate than ever to get their hands on a steady supply of microchips. Companies such as Apple, which spends $58 billion annually on semiconductors, were forced to delay the launch of the iPhone 12 by a few months. Chip manufacturers and companies use lead time as an indicator for the current supply and demand indicator, with a lengthening of the gap used as a barometer for companies willing to buy future supplies to avoid shortfalls. That trend was prevalent in the 1988 chip shortage due to the trade pact between Japan and the U.S. and the 1994 shortage due to new technology development.

Of course, adding fuel to the chip shortage fire are scalpers and miners who have swallowed up every new video card and console gaming system that has hit the market over the last year. While scalpers have, in some cases, tripled the retail price of video cards and consoles, miners have used the latest technologies from Nvidia and AMD to mine cryptocurrency (Ethereum in particular), leaving gamers in a lurch to either pony-up the exorbitant prices or forego gaming altogether. The same with the latest multicore processors and even SSD drives, miners have levied for storing Bitcoins.

According to a Forrester report, we can expect the semiconductor market shortage to last over the next few years. “Because demand will remain high and supply will remain constrained, we expect this shortage to last through 2022 and into 2023,” Forrester predicted. “The PC surge will soften a bit in the coming year but not a lot. Data center spending will resume after a dismal 2020, and edge computing will be the new ‘gold rush’ in technology. Couple that with the unstoppable desire to instrument everything, along with continued growth in cloud computing and cryptocurrency mining, and we see nothing but boom times ahead for chip demand.”

Cryptocurrency mining with the latest generation of video cards has also affected the automotive market, with several companies, including Toyota and Volkswagen, forced to cut production. To help combat cryptocurrency miners and to help mitigate the chip shortage, Nvidia crippled its RTX 3060 cards via software to reduce its mining capabilities. Not to be undeterred, the miners found a way around the limiter by utilizing dummy HDMI connectors, which fool the cards into thinking it’s being run on display adapters instead of mining rigs. Miners can use up to 20 cards or more in their rigs, which has a considerable impact on the market, as most companies still want to make a profit, even as microchips are in short supply.

The pandemic, with disruptions in the global supply chains and coupled with countries implementing a work-from-home platform, have produced a 13 percent increase in demand for PCs. Covid-19 has also hit semiconductor manufacturers in South Korea and Taiwan, resulting in a constrained chip supplies for gaming console companies. Sony, the producer of the PlayStation 5, recently stated that the short supply of its next-gen console would last until at least 2022, along with Microsoft, which expects the Xbox Series X and S to be in short supply until mid-2021.

With the chip crisis affecting every electronics manufacturer on the planet, can’t chip makers build more manufacturing plants? Yes, Intel plans to spend $20 billion to open up a pair of new plants in Arizona, with Taiwan Semiconductor Manufacturing Company planning to spend $28 billon. President Joe Biden has also met with tech leaders to discuss the need to build more fab capacity to help reduce the fallout from the chip crisis. It’s estimated that building new facilities will take at least two years before they become operational.

That said, the chip crisis will not abate any time soon, and for now it is unknown when the chip market will stabilize.

The post The Chips Are Down, With No Relief in Sight appeared first on EETimes. 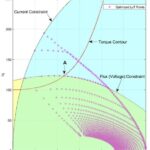 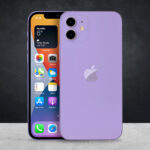