Almost but not quite a decade ago, researchers from UC Berkeley equipped a little robotic car with an actuated metal rod with a weight on the end and used it to show how lizards use their tails to stabilize themselves while jumping through the air. That research inspired a whole bunch of other tailed mobile robots, including a couple of nifty ones from Amir Patel at the University of Cape Town.

The robotic tails that we’ve seen are generally actuated inertial tails: a moving mass that goes one way causes the robot that it’s attached to to go the other way. This is how lizard tails work, and it’s a totally fine way to do things. In fact, people generally figured that many if not most other animals that use their tails to improve their agility leverage this inertial principle, including (most famously) the cheetah. But at least as far as the cheetah was concerned, nobody had actually bothered to check, until Patel took the tails from a collection of ex-cheetahs and showed that in fact cheetah tails are almost entirely fluff. So if it’s not the mass of its tail that helps a cheetah chase down prey, then it must be the aerodynamics. 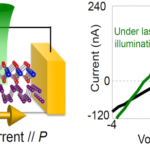