The Benefits Of Robust Pump Technology

In addition to contamination caused by sand and water deposits, crude oils and natural gases contain numerous non-marketable – and therefore unwanted – components such as hydrogen sulphide and chlorine. Breaking down these components and processing them further is not economically viable.

For this reason, the pumped fluid within a condensate application is purged of these by-products, which are then pumped by process diaphragm pumps into the gas flare of the offshore installation, where the toxic and unusable residual mixture is burned off, or passed onshore for disposal. To avoid endangering personnel and the environment during this process, the pump systems being used must be robust and leak-free. An intelligent material selection for avoiding sulphur-induced stress cracking or stress corrosion is just as important as having a pump with a low net positive suction head required (NPSHR).

In that industry, the amount of gas pumped quadrupled within just under 50 years, reaching a record amount of 3.6 million metric tons. The high demand on the raw material markets can be largely attributed to hydrocarbons, which are present as fossil fuels in products such as gasoline, diesel fuel, heating oil or biogas and which serve as a starting material in countless chemical synthesis processes. The crude oil and natural gas being pumped, however, contains both hydrocarbons and contaminants such as water and sand deposits, in addition to several non-usable substances. This includes substances such as chlorides and hydrogen sulphides. Further processing of these substances does not make economic sense.

How Are The Materials Separated?

While the flow is being split into crude oil, natural gas and water, the unwanted components are separated. The purified raw materials are transported by pipeline or ship for further processing, whereas the separated materials flow into a connected tank, since otherwise these separated materials would accumulate in the reactors, leaving less volume for splitting the raw materials. From this drum, the toxic mixture is forwarded by the use of suitable pump systems to the flare located on top of the installation, and is burnt there.

To ensure that hazards to personnel and the environment can be ruled out when pumping the separated products to the flare, it is essential that hermetically tight process diaphragm technology is used. However, pumps with conventional designs featuring dynamic seals, which are mostly made of low-alloy or highly non-corrosive ss316 steels, cannot meet these requirements, as they are not suitable for pumping hazardous mixtures.

In addition, the materials lack robustness, making them susceptible to the hydrogen sulphide corrosion and sulphide stress cracking that may occur upon pumping these fluid mixtures, which frequently contain H2S and chloride. In these applications, experienced pump manufacturers such as Lewa use duplex, super-duplex or nickel-based materials that are more resistant to corrosion and less susceptible to damage induced by sulphide and hydrogen sulphide. This way, leaks can be ruled-out over the long term, making more efficient continuous operation possible.

In addition to the right material selection, safe fluid handling also means using a pump with the right design. As a result, it is of paramount importance that there are no moving sealing surfaces between the fluid and the environment, since these have a minimum leakage determined by the system, even in the best-case scenario. The frequently used API674 pump design does not meet this requirement due to the fact that the plungers and packing are wetted and are thus not hermetically tight.

Although a packing design with a sealing system can catch or prevent any leaks that may occur, the frequent sand and particle contamination of the fluid shortens the lifetime of these dramatically, leading to not only additional installation, but also higher maintenance costs. The system must be maintained regularly and monitored using additional instruments to ensure proper functioning over long periods.

Pump designs by Lewa, on the other hand, are compliant with the API675 standard for ensuring process reliability when pumping combustible or toxic fluids as well as fluids that contain solid materials or have high viscosities. These pumps do not have dynamic seals with relative movements between the seal and the sealing surface. This rules out fluid leakage caused by the system.

An additional advantage can be found in the M9 pump head with a reinforced suction stroke thanks to the spring-actuated diaphragm return movement. Thanks to this design, the Lewa M9 pump heads have suction characteristics unlike those of other pumps. These pump heads can operate without cavitation, even at low net positive suction head (NPSH) values. This property is absolutely vital when pumping condensate, because the tanks are usually positioned at the same level as the pump and the fluids have a lower steam pressure. Without the optimised suction characteristics of the M9 pump heads, the tank set-up or the tank itself must be modified to raise the net positive suction head (NPSH) value, which would be very costly.

How To Analyse The System

To coordinate the pump and the facility’s piping system to each other, it is useful to calculate how the piping responds to the pulsing excitation of the pump. Taking into account the system complexity, the number of pump cylinders and the fluid properties, these types of pulsation analyses can provide recommendations for orifices and other attachments that may be necessary depending on the circumstances. For the discharge side piping sizes of pulsation dampers/resonators are calculated, if other measures are not feasible.

These analyses also incorporate the ways in which the pump system behaves and responds while multiple pumps are being used simultaneously, with safety valve response pressure and at varying speeds. Lewa has used its in-house test-bench to verify these calculation programs through real-world trials. The company’s expertise in this area means that the requirements for optimal component dimensioning and positioning are met before the planning phase is over, ensuring that the pump system functions as desired and runs smoothly. It also means that subsequent modifications will not be necessary.

In applications where hydrocarbons are pumped as a component of crude oil and natural gas, the pumped fluid is separated into different components before it even leaves the offshore pump facility. This prevents unnecessary transport of non-marketable materials from the main pump flow. These unwanted contaminants, including both chlorides and hydrogen sulphides, are separated using a condensate application and directed into the flare of the offshore installation or passed onshore for disposal.

It is essential that this be done using pumps featuring hermetically tight process diaphragm technology. This is because the systems being used have to operate without leaks to guarantee maximum safety in handling toxic mixtures. At the same time, a low net positive suction head required (NPSHR) is advantageous when using the unit, since this means the pump can be integrated into the facility without costly changes to the facility.

The process diaphragm pumps produced by Lewa are capable of providing this added value. This also applies to the pulsation analyses developed in-house, which use numerous simulations to ensure optimal dimensioning and positioning of the components and thus help to improve the reliability and durability of the overall system.

Thomas Neumann is with Lewa 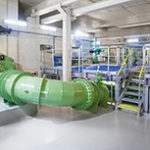 How To Recover Energy In Crude Oil Pipelines 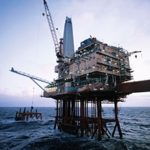 The Demand For Fibre Optic Cabling